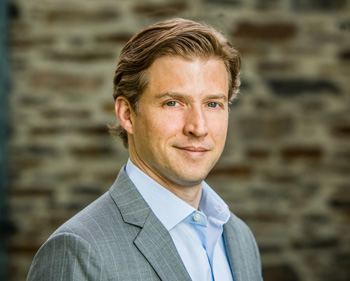 Alec Ross has come a long way from his college days, when he spent late summer nights sweeping up filthy floors after rowdy concerts at the Charleston Civic Center in West Virginia.

Today, Ross is one of America’s foremost innovation experts, a badge he burnished as Hillary Clinton’s first-ever senior advisor for innovation during her tenure as U.S. secretary of state. The 44-year-old consultant, author and father of three young children now travels in lofty circles. Former Google CEO Eric Schmidt wrote a blurb for his new book, and Ross counts some of America’s top (and richest) techies as close friends.

But in a Diplomat interview, the West Virginia native said he’s glad he grew up around blue collars instead of silver spoons, explaining how the experience helped him better understand how the world works and how technology is transforming lives from the broom closet to the boardroom.

While at the State Department, Ross worked to bring statecraft into the 21st century. Among other things, he developed an internet freedom agenda; helped NGOs create online communities; trained America’s diplomats to be more tech-literate; and pushed for the use of network technologies in conflict zones such as Syria and Libya. Prior to serving in Foggy Bottom for four years, Ross was a member of the Obama-Biden presidential transition team. Now a visiting fellow with Johns Hopkins University, the tech guru started his career as a sixth-grade teacher in inner-city Baltimore, Md., working with Teach for America.

Ross’s new book, “The Industries of the Future,” out this month, takes a layman’s approach to some of the most complex innovation issues of the 21st century, explaining in plain language where technology will take us in the next 10 years. The book focuses on industries that will transform the global economy, from cybersecurity to genomics to big data and beyond. The Diplomat talked with Ross about his book, the future of innovation and how it will transform not only business and culture, but also diplomacy.

The Washington Diplomat: What was the impetus for “The Industries of the Future?” Why did you write it?

Alec Ross: I see a huge divide between people who understand the forces that are shaping our future and those who don’t. I wrote the book not for the coastal elites, although I hope they read it and enjoy it. I wrote it to try to widen the circle of people who understand the forces that are shaping our future. It’s written for people who are college educated, but the reader doesn’t have to be someone with three graduate degrees. This is in part my own response to concerns about inequality. As I study the industries of the future — genomics, cyber, the codification of money markets and trusts, artificial intelligence, machine learning and robotics — what I see is that it [inequality] is happening to an even far greater degree. There will be more well-being, but the economic beneficiaries will remain relatively small. I wrote this book to try to get some more people in.

TWD: There has been a lot of talk in recent years about “big data,” and you devote a chapter of your book about it. People who are educated but not necessarily tech-savvy may have a vague, or abstract, understanding of big data, but many don’t fully understand what it means or why it is important. How do you describe big data to the layman?

At its most simple, what big data does is take the ocean of information that is currently being produced by 16 billion-plus internet-connected devices and helps us draw meaning out of it. Big data functions both like a microscope and a telescope. It functions like a microscope in that it allows us to examine smaller details than we could see using the naked eye, and it functions like a telescope in that it allows us to see things at a scale that we couldn’t otherwise connect and it allows us to make correlations we couldn’t otherwise make.

So for diplomats who are working in humanities-based fields, what this really means is that mathematics and science is coming in and driving a lot of the decision-making that would have once been developed through experience and instinct. I think we’re going to live in a future where we’re telling the robots what to do or the robots are telling us what to do. I find that a little bit scary because you can’t lose the creativity, the humanity or the skills that are developed within the liberal arts. It’s important for people to blend between the technical and the non-technical.

TWD: You became Hillary Clinton’s right-hand man on innovation at the State Department after helping now-President Obama target voters and get them to the polls in a pretty revolutionary, tech-savvy way. How did that campaign experience lead to a job at the State Department? What did Clinton want you to do at State?

Ross: I was the convener of technology policy for Barack Obama’s 2008 campaign. My area was technology and policy. Hillary Clinton noticed and she designed a job for me that didn’t previously exist. During her Senate testimony [at her confirmation hearing] in December 2008, she said, “The promise and peril of the 21st century can no longer be contained by vast distances and national borders.” There was an early recognition that connection technologies would contribute to the peril and promise of her tenure as secretary of state. What she did at the State Department that she didn’t do in her first presidential campaign was create a home for young, innovation-focused, technology-focused diplomats. She created this space on the seventh floor of the State Department that was truly empowered and brought new people into creating diplomatic products. 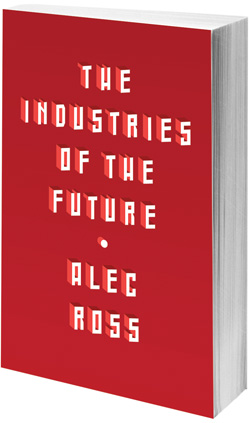 With the benefit of some retrospection, it worked. We put a lot of points on the board. A lot of people think about this as just ‘tweeting diplomats’ and that is the most banal version of it. This is not just updating public diplomacy. The most consequential work we did … focused on real, hard national security issues. But because we brought some technology savvy, we were able to do some things — often working in other departments and agencies in government — that historically wouldn’t have come out of the State Department.

TWD: When you arrived at the State Department, what did you find in terms of technological or innovation capacity?

TWD: The term “digital diplomacy” has become quite a buzzword in the diplomatic realm in recent years. What does it mean?

Ross: I personally don’t use the term digital diplomacy. I call it 21st-century statecraft. I define it as complementing traditional statecraft with the technologies, networks and the demographics of the 21st century. It’s adding new tools to the diplomat’s toolbox. 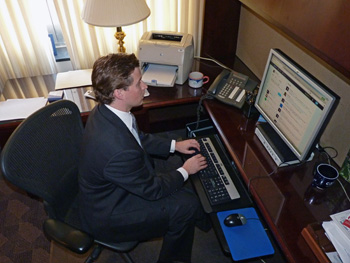 Alec Ross, then-Secretary of State Hillary Clinton’s senior advisor for innovation, responds to #AskAlec questions on his Twitter account, @AlecJRoss, during a Q&A session on Jan. 19, 2012.

We also created this thing called the Virtual Student Foreign Service. We found there was a mismatch between what diplomats wanted to do and what they were capable of doing using technology. What we did is build an internship program where college students could intern at embassies all over the world. A student could be at Florida State and interning at the embassy in Baku, Azerbaijan, and basically leverage her technology chops to help diplomats do their jobs. This was a crazy idea and I wasn’t sure if it was going to work or not. Not only has it worked, but 19 other departments and agencies in the federal government have adopted the model. There have been over 1,000 virtual student Foreign Service interns. This is a massive, massive success. Over 1,000 kids have had internships with embassies around the world.

We also launched an Internet Freedom Agenda. We wanted people to be able to exercise their universal rights regardless of where they were. Part of what we knew is that people were being killed in Syria — some of the opposition to [Syrian President Bashar al-] Assad — and they were being targeted because of their digital footprints. They were being targeted because of the GPS on their mobile phones; they were being targeted because of what they were posting on Facebook. Working with partners in Silicon Valley, we developed a series of products that we injected into the digital bloodstream through the refugee camps in Lebanon. It was basically taking people’s mobile phones in Syria and instead of making them more vulnerable, we enabled them to be safer. It was obscuring their GPS and other things. This was for everyday people, not just people who are engaged in connectivity. We did this overtly. The goal was not to train high-value assets. The goal was to keep the Syrian people from being slaughtered by their president.

TWD: There is a lot of talk about the advantages of technology in exercising diplomacy. But isn’t diplomacy also face-to-face exchanges? Are you concerned that the human element of diplomacy, which is about making connections with people who are different than us, could be lost?

Ross: It [technology] complements traditional diplomacy. While I was in the job, even though I was supposedly innovation-focused, I traveled over half a million miles to 44 countries. Even I, who was supposed to be as internet-centric as anybody, still spent an enormous amount of my time doing face-to-face diplomacy. What presents a far greater danger to reducing face-to-face diplomacy is not these digital tools … it’s the security posture of our embassies. Our embassies have become fortresses. They cannot be very welcoming places because of the very severe security.

TWD: When you look at what happened in Benghazi, Libya, a few years ago with the murder of Ambassador Christopher Stevens and three other Americans by Islamic radicals on the anniversary of Sept. 11 — and the massive political fallout back home — the enhanced security mindset is easy to understand. It’s a dangerous world, right?

Ross: The increasing security mindset we have about protecting our diplomats is necessary but we can’t rein in our diplomats too much. That’s the bigger threat. Like with curfews, if our diplomats have to be inside three hours before any other diplomats … I mean, if it’s 10 p.m. and it’s bedtime in Beirut, it’s hard to get a lot done. [Former U.S. Ambassador to Iraq and Afghanistan] Ryan Crocker has spoken very compellingly about this. I worked really closely with Chris Stevens. We worked with Chris on the project that restored communications to rebel-held territory in eastern Libya before Chris was ambassador, and Chris died doing exactly the kind of diplomacy we need our diplomats doing — very forward-leaning diplomacy. People like Chris Stevens and Ryan Crocker and these guys who are the best at working in very tough environments would get out there.

So for me this digital stuff can only be complementary. The thing that worries me about reducing the face-to-face [relationships abroad] is this very tough security posture we’re imposing on our diplomats. I recognize where it comes from, but we also need our diplomats to get out there.