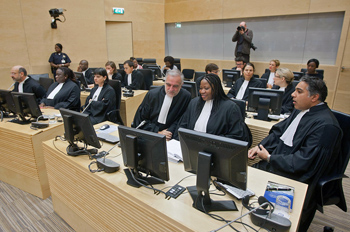 The Rome Statute of 2002 attempted to turn the page on a violent and extrajudicial chapter of human history, the 20th century, by establishing the International Criminal Court (ICC). The ICC aspires to no less than the end of impunity for war criminals. Detractors of the court grumble that it was founded on the same misguided idealism that has limited the efficacy of its parent organization, the United Nations. Supporters of the court retort that it has brought some of the most barbarous criminals of our time to justice.

But however you see it, the ICC is at a crossroads. It just caught one of its biggest fish yet in Bosco Ntaganda, who for years allegedly led a campaign of rape and murder in the Democratic Republic of Congo. Against the backdrop of Ntaganda’s summons, other suspected African war criminals, from Sudanese President Omar al-Bashir to Ugandan warlord Joseph Kony, have gone about their business of repression despite being indicted by the court.

In March 2012, the International Criminal Court in The Hague delivered its first verdict (and only conviction) since its inception in 2002 — finding Congolese rebel leader Thomas Lubanga guilty of forcibly conscripting child soldiers.

Perhaps the court’s most awkward case involves Kenya’s new president, Uhuru Kenyatta, who’s been charged with crimes against humanity for allegedly bankrolling death squads that fueled post-election violence in 2007 to 2008. Kenyatta’s brazen recent election in the face of an ICC indictment has left Western powers scrambling to figure out how to work with the leader of a critical nation who’s also confronting allegations of war crimes.

Kenyatta has pledged to cooperate with the court, but the case against one of his co-accusers has already unraveled, exposing the ICC’s limitations and prompting the president’s lawyers to demand that the case against him be dropped as well.

Still, the court’s reach has steadily expanded and the successful prosecution of Ntaganda could serve notice to the continent’s other strongmen that they might be better off hiring a lawyer and cutting a deal than continuing to mete out misery.

“The ICC is charting a territory that has hitherto been uncharted by its sister ad hoc tribunals,” claimed ICC Chief Prosecutor Fatou Bensouda at a recent panel discussion on international justice hosted by the Brookings Institution in Washington, D.C. The court “is forcing politicians, mediators [and] warlords to realize that business as usual can no longer be continued,” she said.

One example of the uncharted territory that the ICC is venturing into is the murky line between state sovereignty and international law. In a nod to concerns about the ICC treading on state sovereignty, Bensouda emphasized that the ICC acts “only as a buffer and a last resort measure where states are either unable or they are unwilling to carry out their responsibilities.”

But while the ICC wants to step in where states are unwilling to try perpetrators of atrocities, it has no police authority to enforce its warrants and relies on often uncooperative states to hand over suspects to The Hague. It can also only pursue charges in nations that have ratified the Rome Statute — 122 at last count, though major countries such as the United States, China, Russia and India, along with smaller nations such as Syria, have not signed onto the treaty. The court can bypass this rule if the U.N. Security Council requests an investigation, as was the case in Sudan and Libya, for example.

Another way around the ICC’s limitations is to make extraditions to The Hague less necessary by building states’ capacity to try their own war criminals. Though not a member of the ICC, the United States is trying to help other states build this legal capacity. Stephen Rapp, the U.S. ambassador-at-large for war crimes issues, sees American assistance as crucial to “strengthening the ability of these countries to take on atrocity crimes,” he said at the Brookings Institution event.

Rapp pointed to a law signed by President Obama in January that expands the War Crimes Rewards Program for information leading to the arrest of some criminals wanted by the ICC as evidence that the court has America’s firm backing. Congolese rebel commander Ntaganda chose to surrender to the ICC earlier this year by seeking refuge at the U.S. Embassy in Rwanda.

But U.S. support for the court can only extend so far without it being a member. The George W. Bush administration opposed joining the ICC out of concerns that the court would prosecute American officials for political reasons and the Obama administration hasn’t shown any signs of reversing course.

America’s reluctance to embrace the ICC is puzzling given the overlap of the court’s policy goals with those of Washington. Many of the ICC’s most-wanted criminals are U.S. adversaries. President Obama in 2010 sent about 100 U.S. Special Forces to Central Africa to help with the manhunt for Joseph Kony. Though Ugandan authorities recently suspended the search for the notorious leader of the Lord’s Resistance Army, the State Department last month offered $5 million for information leading to his arrest as part of the aforementioned expanded rewards program.

Shaping Norms, but at Mercy of Politics

Of course, U.S. support for the ICC has been easier to give because so far, no American allies have been hauled in before the court. So far, all of the defendants have been from Africa, and therein lies a major criticism of the court — that it only focuses on Africans. 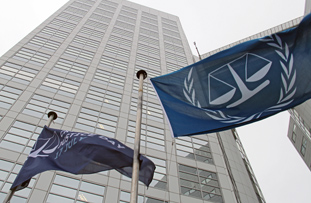 Bensouda, 52, a Gambian lawyer who took charge of the ICC in June 2012 after her former boss Luis Moreno-Ocampo stepped down, dismisses such criticism. She points out that in addition to ongoing cases involving seven African states (the Central African Republic, Congo, Côte d’Ivoire, Kenya, Libya, Sudan and Uganda), preliminary investigations are under way in places such as Afghanistan, Colombia, Georgia, Honduras and the Palestinian territories.

“What has to be recognized is that even though we are a judicial institution, we operate in a political environment, whether we like that or we don’t,” she told the New York Times earlier this year. “Those who do not understand the limitations of the ICC jurisdiction — they are the ones who think the ICC is picking and choosing.”

Led by the strong-willed Bensouda, however, the ICC isn’t letting those limitations deter it from developing a strategy to bring more criminals to trial at The Hague. The court needs to cater each indictment to the politics attached to that suspect’s case, she said, “taking into account particular circumstances of the whereabouts of each indictee.”

Bensouda was eager to remind the Brookings audience how far she felt the ICC, which she called an “experiment,” has come in its 11 years. At its inception, “predictions were that the ICC would remain a white elephant that would never show any returns for the huge investment that the international community had put” into it, she said. “To the contrary, and I must say, happily, 10 years on, skeptics’ predictions have been proved wrong,” she added with a quiet smile.

But a decade on, the court has only managed to secure one conviction. The path toward international accountability can be a long, costly and arduous one — with no guarantee of success. In December, after a three-year trial, the court lost its first case when a Congolese rebel leader was acquitted over “contradictory” and “hazy” evidence, disappointing rights groups. Witness testimony can be unreliable (witnesses have also been killed), the cases are inherently complex, and the prosecution is dependent on the cooperation of nations that are often unstable or openly hostile to the court.

Less tangible than the number of indictments the ICC serves but important for its long-run efficacy is how the court influences the norms of international law. In incorporating human rights law and not just humanitarian law into its rulings, the ICC is advancing a legal movement under way since World War II to “humanize” international law, Theodor Meron, president of the International Criminal Tribunal for the former Yugoslavia (ICTY), said at the Brookings event. Human rights law protects individuals from state-sponsored atrocities in peacetime, whereas humanitarian law governs states’ use of force in war, according to Heron.

The Polish-born Holocaust survivor said that the Geneva Conventions, the post-World War II accords that enshrined civilian protections into the laws of war, were a “profound humanization of the law of war.” After the Geneva Conventions, the ICC and ad hoc tribunals like the ICTY and the tribunal for Rwanda were the “second tidal shift” in international human rights law, Meron posited.

“What truly sets the ICTY and modern international criminal courts and tribunals apart from [the Nuremberg Nazi trials] and from early efforts aimed at ensuring accountability is the degree to which these modern courts, while formally mandated to apply international humanitarian law, have regularly applied human rights standards as well,” he said. The more intrinsic human rights law is to ICC rulings, perhaps the less likely the pretext of sovereignty will be used to shield abusers from the court’s writ.

Advances in international human rights standards aside, the court must put more of the world’s war criminals on trial for it to maintain legitimacy, stressed Bensouda. “It is a serious indictment of the international community and of the credibility of the Rome Statute system that 12 of the International Criminal Court indictees remain at large,” she said.

With blunt assessments like these, few can accuse Bensouda of heady idealism. She admitted that the ICC’s improved credibility depends on the cooperation of states that are apt to politicize the international justice process. The arc of international justice may be widening, but the ICC still relies on the self-interested political maneuverings of states to deliver war criminals to The Hague.