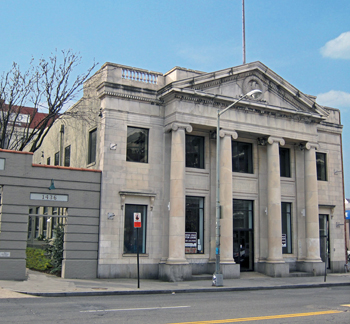 In 2005, a U.S. State Department advisory committee issued a report on the value of using culture in the practice of diplomacy. “Cultural diplomacy is the linchpin of public diplomacy; for it is in cultural activities that a nation’s idea of itself is best represented,” offered the report.

Many foreign embassies in Washington already knew that. Cultural programming has been a mainstay of D.C.’s diplomatic community for years (much of it dutifully covered in the pages of The Washington Diplomat). Washingtonians regularly flock to the embassies of Argentina, Austria, France, Italy, Japan, Sweden and other nations for hundreds of exhibits, performances, discussions and other events throughout the year. Mexico has its own prized cultural institute on 16th Street, and Spain recently opened its own cultural space in the former ambassador’s residence.

The Embassy of India paid $5.75 million for an old post office building on the bustling U Street corridor to turn it into a state-of-the-art cultural center.

Two other countries are getting in on the act and have taken initial steps to establish or expand their cultural presences in the nation’s capital.

In August 2013, the Embassy of India purchased an old post office building along Washington’s bustling U Street corridor, paying $5.75 million for a 12,300-square-foot building that it hopes to transform into a “state-of-the-art cultural center.” In January 2014, the Embassy of Oman followed suit, closing on a $16.5 million, 22,500-square-foot property at 16th and L Streets, NW, that it plans on using to expand the Sultan Qaboos Cultural Center, which is currently housed at the Middle East Institute two blocks away. Both embassies bought the buildings from Rock Creek Property Group.

With the purchases, India and Oman join a small number of countries that have established separate cultural institutes to broaden their public diplomacy efforts in Washington. (In 2012, South Korea reacquired the 135-year-old home that served as its first embassy in the U.S. and plans to host cultural events there).

Despite India’s close ties with the United States and sizable diaspora in the country — according to the 2010 U.S. Census, the Indian American population exceeds 2.8 million — the country has never had a formal cultural center in Washington. The center will be run by the Indian Council for Cultural Relations, which operates 30 such centers in countries from Germany to Ghana and Malaysia to Mexico. The planned center will have an auditorium, gallery, library and conference hall, much like other Indian cultural centers around the world.

“The property’s location and special attributes are without equal in this corridor,” said Gary Schlager, a principal with Rock Creek Property Group, in a press release. “Large, efficient floors sizes, exposed brick, and 10-to-20-foot ceilings are rare and really differentiated this opportunity in the market. We are just thrilled to see the property find the perfect fit in its new owner, the Republic of India, who will invest the requisite capital for its own use and to the benefit of the surrounding, growing community.”

For Oman, its building will serve as yet another extension of an outsized cultural presence for the tiny yet oil-rich Persian Gulf monarchy, population 3.8 million. (Oman’s oil money came in handy since it reportedly overpaid for the 16th Street property it wants to convert into a cultural center, shelling out twice the assessed value and four times what Rock Creek Property Group paid for the building in a foreclosure just two years ago.)

The new center will greatly expand on the existing Sultan Qaboos Cultural Center, which was created in 2005 after an agreement between the sultan, for whom the center is named, and the Middle East Institute.

According to a filing with the D.C. government, the cultural center will be open during the week from 9 a.m. to 5 p.m. and is expected to grow from its current staff of three to 10 people, with the possibility of up to 25 employees if the embassy’s cultural mission’s administrative office is moved there too. 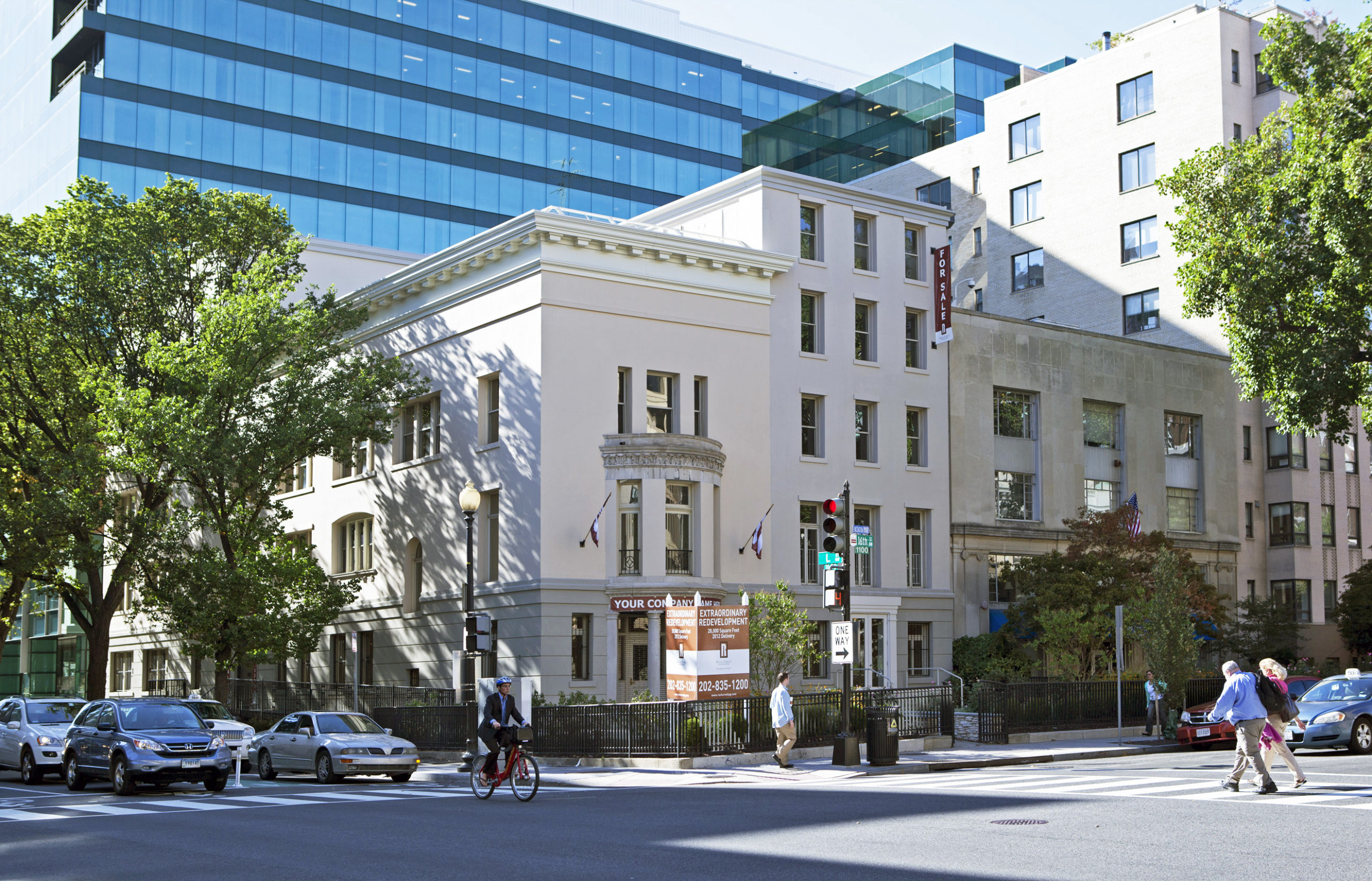 In January 2014, the Embassy of Oman paid $16.5 million for a 22,500-square-foot property at 16th and L Streets, NW, that it plans on using to expand the Sultan Qaboos Cultural Center.

The center will include three classrooms for Arabic instruction, and the first floor “will contain a research library and fixed exhibition space open to the public, displaying traditional Omani handicrafts, including costumes, textiles, basketry, pottery and silver.” Embassy officials say they expect between 40 to 80 visitors per day, and it will be used for three to four large-scale events per year.

Oman has been particularly aggressive in promoting itself through culture and education in recent years. In 2011, it endowed the Sultan Qaboos bin Said Professorship in Middle East Studies at the College of William & Mary in Williamsburg, Va.; similar professorships and scholarships have been established at Harvard, Georgetown and other universities across the world.

Last November, Oman also gave $1.8 million to the Smithsonian’s National Museum of African Art to support a multiyear series of programming called “Connecting the Gems of the Indian Ocean: From Oman to East Africa,” which will highlight the cross-cultural connections of East and North Africa with those found in the Middle East.

The donation, the largest in the museum’s history, was backed by the Sultan Qaboos Cultural Center, which says its aim is to promote “mutual respect and understanding between our nations and … educate a new generation of culturally sensitive and knowledgeable citizens in each society.” As part of that mission, it regularly sends students, scholars and policy analysts to Oman. On Jan. 10, Middle East outreach professionals from universities and organizations around the U.S. traveled around the country as part of a trip organized by the center.

In establishing (India) and expanding (Oman) a cultural and educational presence in Washington, both countries may be building the capacity for what former U.S. Ambassador to the Netherlands and cultural diplomacy expert Cynthia Schneider calls the “Oh, I didn’t know that” factor. Writing in the Huffington Post, Schneider said that performances, exhibits and educational programs can show off a side of both countries that many Americans may not have been aware of. Additionally, she says, it can help broaden many Americans’ global perspectives.

“People in the United States desperately need the ‘Oh, I didn’t know that’ experience. At a time when borders are dissolving because of economic and virtual connections, the United States, with its insular education system and media (try to find news on international affairs if you live anywhere other than the East or West coast) is woefully unprepared. In addition to the Embassies in Washington, some American organizations are filling the gap through cultural exchange programs,” she wrote.

And in echoing the State Department’s valuation of cultural diplomacy as a driving force of traditional diplomacy, Schneider says that art can have much more impact than agreements. “In a globalized world where the powers of military might and diplomatic finesse have diminished, ‘Oh, I didn’t know that’ moments of cross-cultural understanding can make a difference,” she said.