Home The Washington Diplomat February 2014 Inside ‘The Square’: Egypt’s Revolution Will Now Be Televised 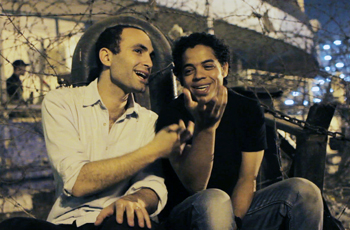 Also See: ‘Gloria’ and ‘One Chance‘ and Repertory Notes

At the Sundance Film Festival in January 2013, Egyptian-American director-cinematographer Jehane Noujaim (“Control Room,” “Startup.com”) screened a work-in-progress version of “The Square,” her riveting, timely documentary about the Egyptian Revolution driven by millions of protesters centered in Cairo’s Tahrir Square. Even though it was incomplete, the film’s impact on viewers was so powerful that it picked up the Sundance Audience Award for best world cinema documentary. As it turned out, Noujaim and company had even more unfinished business than they thought as the tides of history kept churning through the summer of 2013, when Egypt’s democratically elected president, Mohamed Morsi, was ousted in a military coup that had widespread public support.

Sharp cinematography and crisp editing create a cinéma vérité experience full of verisimilitude and substance. The polished, assembled product adds depth and clarity to the story of a revolution in which moving images have already been widely distributed in the age of social media. “The Square” immerses its viewers inside the revolution by taking the camera to the streets and behind the scenes, capturing intimate moments behind sweeping actions that provide the film with an extraordinary immediacy. Everybody in the audience and on screen knows that history is in the making around them right now.

“The Square” pulls us into the moment by sharing the personal stories of six protesters with a range of ages and backgrounds: mid-40s conflicted Muslim Brotherhood member Magdy Ashour; 30-something British-Egyptian actor Khalid Abdalla (“The Kite Runner”); mid-30s human rights attorney and activist Ragia Omran; 20-something unknown Ramy Essam, who gains fans as the revolution’s de facto singer-songwriter; 20-something Ahmed Hassan, an enthusiastic protester conducting security who becomes an icon of Tahrir Square; and mid-20s idealistic videographer Aida El Kashef.

Morsi announced a controversial decree granting the president absolute power, ostensibly to prevent the nascent nation and elected legislature from being tampered with by Mubarak-appointed officials, notably the judiciary, and moved to enshrine his privileges in the new constitution. Furious secular and liberal protesters returned to the streets, culminating in Morsi’s removal by Egyptian armed forces in July 2013. After Sundance, Noujaim’s crew returned to Egypt to shoot the new rounds of historic demonstrations, actively opposed by Muslim Brotherhood counter-protesters.

The turbulence is seen through the eyes of participants with a deeply shared passion for their homeland but vastly different visions for its future. Protesters toppled the government but had no concrete plan for governing. They recount the beginning of Egypt’s revolution, offering viewers a firsthand glimpse inside history, though none of them have any idea how the story will end.

This uncertainty is encapsulated by singer Ahmed, who decries Mubarak’s injustice and declares, “We reclaimed our freedom…. And we dreamed that one day all of Egypt would be like Tahrir Square.” Yet in another scene after Morsi’s ouster, the activist quips that he and fellow protesters will again take to the streets to protest the shortcomings of the latest military takeover. 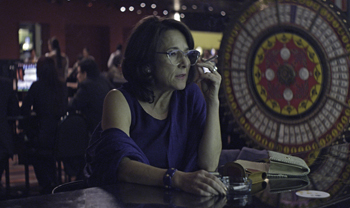 Chilean writer-director Sebastián Lelio’s “Gloria” made quite a stir when it made its world premiere at the 2013 Berlin International Film Festival, especially for Chilean actress Paulina García’s memorable performance as the eponymous protagonist, for which she took home the coveted Silver Bear for Best Actress.

The film relies on a solid foundation provided by Lelio and Gonzalo Maza’s elegant, intelligent screenplay. The potentially heavy dramatic moments are balanced by García’s deft, comedic touches. The main character is incredibly resilient despite hitting a series of obstacles. It’s Gloria’s tale, told from her point of view, so our aging heroine appears on screen in every scene throughout the movie.

Gloria, 58, appears to have a decent life in Santiago. She resides in a nice apartment and is gainfully employed in a solid career that gives her purpose. Thirteen years after she divorced her ex-husband Gabriel (Alejandro Goic), she’s still an attractive woman. Unlike some other divorced or widowed mothers, she’s not entirely dependent on her kids to provide her existence with meaning.

Her two adult children continue to play important roles in her life, at least when she reaches out to them. Pedro (Diego Fontecilla) copes with the demands of raising a child alone, while yoga teacher Ana’s (Fabiola Zamora) attentions have been drawn to a growing romance. As both Pedro and Ana have been getting caught up in their own lives lately, they have been gradually but surely slipping away from being the reliable presences in Gloria’s life that they once were. Gloria is aware that she’s lonely and not quite fulfilled, so she steps out to do something about it.

At a disco for singles her age, she meets shy Rodolfo (Sergio Hernández), who was divorced a year ago and is still adjusting to recent weight loss after gastric bypass surgery. Used to making the first move, she initiates their budding relationship, and he seems to be mad for Gloria. Yet he keeps her a secret from his two grown daughters and ex-wife, who are all still dependent on him, and vice versa, as part of codependent relationships. When Gloria takes him to Pedro’s birthday party, Rodolfo can’t cope with feeling like an outsider and sneaks out, shaming Gloria. Should she give him another chance?

García’s seemingly effortless, marathon performance is a revelation, a breath of fresh air. It’s in no way flashy like the mannered, forceful acting typically seen in recent performances by female American movie stars who qualify as senior citizens, like Meryl Streep, Jane Fonda and Diane Keaton — or their British peers such as Maggie Smith, Helen Mirren and Judi Dench — who often tend to make their characters seem larger than life. García’s character just seems like an everyday woman with real emotions, desires and problems. The audience feels what she’s going through without making a big deal of the proceedings. 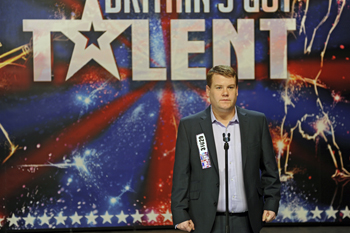 James Corden stars as the lovable underdog who wins “Britain’s Got Talent” in “One Chance.”

Just in time for Valentine’s Day, the crowd-pleasing British comedy-drama “One Chance” tells the inspirational true tale of Paul Potts, the winner of the first season of “Britain’s Got Talent.” He overcomes a lifetime of trials and tribulations, getting the chance to find true love and to fulfill his childhood dream of a career as an opera singer. There’s not much original about “One Chance,” but the movie does what it’s supposed to do, which is to make the audience feel good, smile and laugh. Viewers who appreciate the lightweight charms of British comedies like “Love, Actually” and “The Full Monty” will probably find plenty to like in “One Chance.”

Credit goes to all involved for keeping the proceedings sweet enough to like without overdoing it by drowning the audience in excessive saccharine. The heartfelt emotions feel authentic enough for the audience to accept and maintain its suspension of disbelief. American helmer David Frankel (“The Devil Wears Prada,” “Marley & Me,” “Hope Springs”) keeps the ball rolling, with the plot moving along at an assured pace.

Justin Zackham’s simple screenplay may be predictable, but it more than gets the job done telling the audience Paul’s story and keeping viewers cheering for him. The characters are largely stock archetypes, but an enthusiastic British ensemble cast breathes plenty of life and humanity into their roles. Starring as Paul, rising British actor James Corden is a delight to root for as a lovable underdog. Alexandra Roach is comparably charming as Julz, Paul’s loyal romantic partner.

Paul is a soft-spoken, chubby lad who’s been bullied since childhood. As a young adult working as a salesman in a local cell phone shop, he still lives at home with his loving mother Yvonne (Julie Walters) and cranky father Roland (Colm Meany), who’s always been disappointed that his child hasn’t been tough enough to follow in his footsteps as a man’s man. Paul has never had a real girlfriend, though he’s had some sort of online, long-distance relationship for over a year with Julz, a woman whom he’s too chicken to meet in the flesh. So his boss and only friend Braddon (Mackenzie Crook) decides to give him a push. Pretending to be Paul, Braddon uses Paul’s phone to text Julz and invite her to visit.

After a year of virtual flirting, Paul and Julz finally meet and make cute, but their nascent love story is tested by Paul’s departure to an opera school in Venice, where he’s tempted by a beautiful classmate, Alessandra (Valeria Bilello). Stage fright causes Paul to choke and embarrass himself at a once-in-a-lifetime audition for his idol, Luciano Pavarotti, sending Paul into a deep depression. Is there hope for our hero to get back on his feet? “Britain’s Got Talent,” the U.K. version of “American Idol,” offers our hero a lyrical comeback.

The series “Michael Snow: Looking Forward, Looking Back” (through Feb. 9) boasts Canadian-born artist Michael Snow in person with his experimental films “Wavelength” followed by “So Is This” (Sat., Feb. 8, 2:30 p.m.), and “Back and Forth” preceded by “One Second in Montreal” (Sun., Feb. 9, 4:30 p.m.), following the opening of his retrospective exhibition at the Philadelphia Museum of Art.

On opening night at the Washington DCJCC, Israeli director Ari Nesher (this year’s recipient of the WJFF Visionary Award) and original music composer Avner Dorman present the D.C. premiere of their film “The Wonders” (Thu., Feb. 27, 6:30 p.m. and 9:30 p.m.) and chat with festivalgoers at the opening night party (8:30 p.m.).