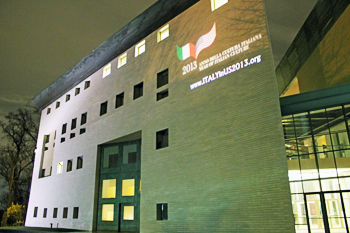 Photos: Embassy of Italy in Washington

The Embassy of Italy proudly announces “The Year of Italian Culture in the United States.”

The Italian Embassy would be a natural host of the Opera Ball any year, but 2013, Giuseppe Verdi’s 200th birthday, is especially fitting. Italian Ambassador Claudio Bisogniero is poised to open the doors of his official residence, the regal Villa Firenze near Rock Creek Park, for the annual ball to benefit the Washington National Opera on April 6.

“Opera is a vital part of Italy’s national identity, and we are happy to celebrate this beautiful part of our culture with our close friends at Washington National Opera,” Bisogniero said in a statement to the press.

This year’s ball is the latest in a series of collaborations between the Washington National Opera and the Italian Embassy. The embassy has hosted intimate events previewing WNO performances in which the audience could engage with the conductor and performers, Michael Solomon, senior spokesman for the WNO, told The Diplomat. “Opera is such an important part of Italy’s national culture and identity, so it really makes sense for our organizations to be very friendly with each other,” he added.

The annual Opera Ball, a pinnacle of the Washington social calendar, is a two-stage event, with dinners hosted by ambassadors at various embassies across the city beginning at 7 p.m., and the guests then converging on Villa Firenze for dessert, music and dancing. Solomon said that it was “a safe bet” that Verdi’s music will be part of the night.

The black-tie event will see a diverse blend of Washington, not just the older opera aficionados one might associate with the music. “It’s one of those uniquely Washington events where you have a really interesting mix of people, from the international community, from government, from the arts world,” Solomon said. “It’s just a really fun crowd and there’s always … really great energy.” 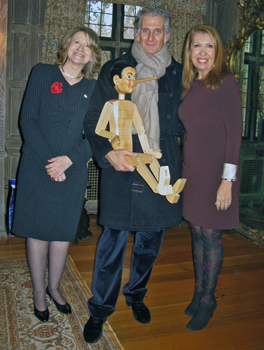 Laura Denise Bisogniero, the Italian ambassador’s wife, left, and Antonella Cinque, the foreign minister’s partner, flank Massimiliano Finazzer Flory, who will stage “Pinocchio: The Story of a Puppet” at the Kennedy Center in March.

The WNO, in fact, has branched out in recent years to go beyond opera’s traditional European base and invite embassies from all over the world to serve as the annual hosts. The sprawling Russian Embassy hosted the Opera Ball in 2010, followed by China — the largest social event the embassy has ever hosted in the city — and the United Arab Emirates last year. Though the UAE is perhaps not the first country that comes to mind when opera is mentioned, embassy planners might have been thinking of Antonio Bartoli’s sistema paese maxim (see previous article) when they agreed to host the ball. It ended up being an event that displayed an underappreciated side of Emirati culture, Solomon said.

This year’s host will be more familiar to opera lovers. “With a very high-profile embassy like Italy, I think we can expect a really good turnout,” Solomon said, echoing what those planning March 8’s Prevent Cancer Foundation’s gala said about the draw of Italian culture.

The Italians may be tempted, as hosts, to brag about the origin of the music, but that won’t be necessary. That the music is Italian is self-evident. Once people congregate in the sumptuous halls of Villa Firenze, they will be swept up in the cascading rhythms of Verdi. It will be cultural diplomacy at its easiest.

Before Italian Ambassador Claudio Bisogniero and his wife Laura host the Opera Ball in April — moved up from its usual time in May to accommodate yet another ball the Bisognieros are hosting that month — they will be honorary patrons at the Prevent Cancer Foundation’s 19th Annual Spring Gala on March 8. Like the Opera Ball, the Prevent Cancer gala has long enjoyed strong support from the diplomatic community in Washington.

“In Italy, gentlemen go around and present sprigs of mimosa to ladies in celebration of International Women’s Day,” explained Carolyn “Bo” Aldigé, Prevent Cancer Foundation president and founder. In a nod to the holiday, the table arrangements at the gala will feature mimosas. 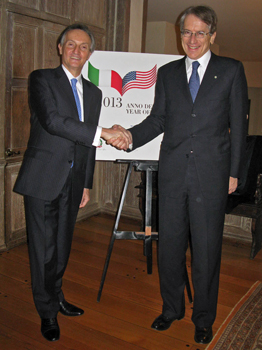 Ambassador of Italy Claudio Bisogniero, left, and Foreign Minister of Italy Giulio Terzi di Sant’Agata, who was Bisogniero’s predecessor in Washington, attend a launch party for “The Year of Italian Culture” at the Italian Residence, Villa Firenze, site of the 2013 Opera Ball.

The foundation will honor former Congresswoman Ellen Tauscher (D-Calif.) with a Cancer Champion Award at the gala. Tauscher revealed that she had esophageal cancer in July 2010 while she was President Obama’s undersecretary of state for arms control, but has since made a full recovery. Aldigé said the organization appreciates Tauscher’s openness about her struggles with cancer, something that will no doubt inspire gala attendees. 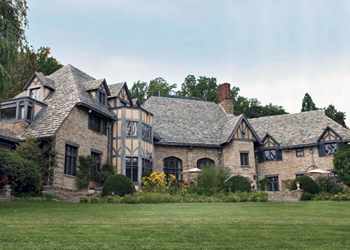 Italian Ambassador Claudio Bisogniero will open up his official residence, Villa Firenze, for the 2013 Opera Ball on April 6.

“I learned so much; I didn’t need to know that my family and my friends loved me, but it sure did come in handy,” Tauscher told the San Francisco Chronicle last year. Gala Chair Joann Piccolo picked up on this familial theme: “We all have family and friends, unfortunately, who have cancer and touched us personally,” she told The Diplomat. That statement can apply to any family in the world, and the transcendent nature of cancer will draw some 800 or 900 people to the gala, many of them from the diplomatic community. The 2011 gala, in fact, was hosted by Ambassador of Monaco Gilles Noghès and his wife Ellen, a breast cancer survivor herself (also see “Monaco’s Ellen Noghès Forms Cancer Support Group for Diplomatic Spouses” in the November 2012 issue of The Washington Diplomat).

The other honoree at this year’s gala will be Julie Delgado, an acclaimed singer whose cancer was in remission when she appeared at the gala last year. Three months later, she was diagnosed with stage-four breast cancer. Delgado, whom Aldigé said has the “voice of an angel,” will speak of her ongoing struggle with the disease and treat the crowd to a couple of songs.

It is a good thing that the expansive National Building Museum is well suited to the event because there are few other venues in the city that can accommodate the large crowd, according to Piccolo. David Tutera, a celebrity wedding planner and second-generation Italian American, is in charge of beautifying the museum, something he has done for the gala for several years. The Italian Embassy handpicked the menu, which will start with gnocchi and end with gelato.

The evening’s fundraising goal is $1.4 million, with 84 cents of every dollar raised at the gala going toward Prevent Cancer Foundation programs like cancer prevention and early detection research. Over the years, the Annual Spring Gala has raised more than $19.9 million in support of cancer research and direct service programs to medically underserved communities.

The foundation is “very proud of the fact that we’re able to produce an elegant event” but at the same time keep the focus on fundraising, said Aldigé, who founded the organization in 1985 a year after her father succumbed to cancer. The disease knows no boundaries, so it is only natural that the fight against it be the same way.