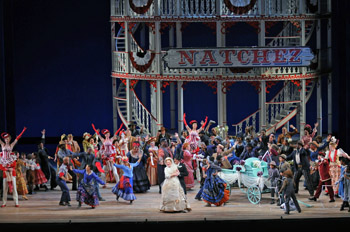 Later in May, the American musical “Show Boat,” marks the first time Francesca Zambello is directing since becoming the WNO’s new artistic director in January.

It’s almost springtime and soon the birds will be out singing — and so will the sopranos, mezzo-sopranos, contraltos, tenors, basses and members of the chorus.

Which is to say that the Washington National Opera (WNO) spring season is about to bloom with a rich program of three operas, including the American musical “Show Boat” directed by the company’s new artistic director, Francesca Zambello, as well as a celebrity concert series and another “Opera in the Outfield” free simulcast performance at the Nationals’ state-of-the-art baseball park.

An eagerly anticipated highlight will be “Show Boat,” the beloved Broadway musical set aboard a riverboat that traverses the Mississippi with a troupe of performers who navigate the trials of show business, love and loss in a racially charged landscape.

While generally viewed as a musical theater masterpiece, “Show Boat” is also one of the first true American operas. And this new production will be a grand operatic affair — a collaboration among the WNO, Lyric Opera of Chicago, the San Francisco Opera Association and Houston Grand Opera.

But the production will also be notable because it marks the first time Francesca Zambello is directing since becoming the WNO’s new artistic director in January. Before that, Zambello, who’s directed numerous productions for the WNO and at just about every prestigious opera house in the world, had been named artistic advisor in the wake of Plácido Domingo’s departure in 2011 after a 15-year tenure heading the company. 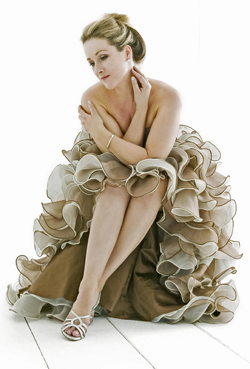 “Show Boat” doesn’t open until May 4, however. In the meantime, there’s plenty of opera afoot, and classic opera at that.

If ever two operas exist that embody the meaning of the word, the kind that satisfy well-versed aficionados and dilettantes alike, Giacomo Puccini’s “Manon Lescaut” and Vincenzo Bellini’s “Norma” fit the bill.

“Manon Lescaut,” which predates and presages Puccini masterpieces like “La Bohème” and “Madama Butterfly,” runs March 2 to 23, while “Norma,” which features dueling, high-dudgeon female roles, runs March 9 to 24 at the Kennedy Center.

“Manon Lescaut” was Puccini’s first popular work and gave audiences the genre of ill-fated lovers and tragic heroines — the latter in the form of Manon, a woman who craves both love and luxury. Sentenced by her parents to a life in the convent — not exactly an exciting prospect for a young woman — Manon flees to Paris with her much more exciting young lover, Chevalier des Grieux, a dashing but penniless student with whom she is vehemently in love. But she abandons the bohemian life for a glitzier one with a rich elderly patron named Geronte, who satisfies Manon’s desire for jewels and other fineries. When her former lover reappears, Manon is torn between her heart and, well, her jewels. In the end, she loses both. 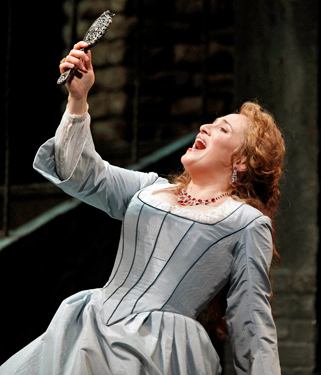 It’s all a bit more operatic than that, of course. “Manon Lescaut” is the epitome of 19th-century romantic drama and temperament that filled opera houses in Europe and made strong women weep and the strong men beside them afraid to weep.

In the hands of American soprano Patricia Racette, WNO audiences are sure to be smitten, too, with Manon. It’s Racette’s first go at the role, after wowing WNO audiences with her performances in “Tosca” and “Iphigénie en Tauride” in 2011. Bulgarian tenor Kamen Chanev plays her star-crossed lover, while WNO Music Director Philippe Auguin conducts and John Pascoe directs.

Dueling divas reign supreme in “Norma,” considered a signature work of bel canto composition, with some of the most challenging vocals and demanding melodramatics required in the entire operatic repertory.

Bellini, whose opera was first produced at Milan’s La Scala opera house in 1831, called the title role of Norma “encyclopedic.”

Part of what makes Norma so epic is that she suffers the whole range of human emotions. She is a druid priestess and seer, carrying on a deep love affair with the Roman proconsul Pollione, with whom she has two children — even though he’s also her sworn enemy. But in a timeless male maneuver, Pollione grows tired of the aging Norma and falls in love with a temple virgin named Adalgisa, a sweet young thing who makes Norma madly emotional and, of course, tragic and violent.

Likewise for the audience, the bel canto melodies and intensity of “Norma” induce a kind of emotional fever, heightened by the level of difficulty in the performance and the level of sheer improbability in the narrative. It’s not every day, after all, you encounter an opera that includes Druids, Romans, motherhood, jilted lovers, unimaginable sacrifice, and the fury aroused by an older women being dumped for a younger rival.

Throughout the 20th century, many singers have attempted to fill the outsize role of Bellini’s tormented Druid priestess — a role that’s regarded as one of the most difficult for a soprano to take on. Maria Callas did it with 89 stage performances — a tough act to follow.

But tough acts are meant to be followed. Rising young American soprano Angela Meade, who made her professional debut just four years ago, will star in the title role opposite mezzo-soprano Dolora Zajick as Adalgisa.

But that’s not all. Another female vocal powerhouse takes center stage when acclaimed German soprano Diana Damrau makes her WNO debut April 8, accompanied by French harpist Xavier de Maistre. Her extensive French and Italian repertoire ranges from Gilda in “Rigoletto,” to the full lyric roles of the German repertoire, as well as contemporary works.

And speaking of Italian, the WNO returns in a sense to its classic European roots with this year’s Opera Ball, a pinnacle of the spring social scene. In past years, WNO has broken ground by holding the prestigious ball at the embassies of Russia, China and the United Arab Emirates. This year, Italian Ambassador Claudio Bisogniero and his wife open up their lavish residence, Villa Firenze, to host the Opera Ball on April 6 (see story).

While Washington’s established elite will surely converge on Villa Firenze for the illustrious affair, the WNO has always taken great pains to nurture young, up-and-coming talent with more than 40 years’ worth of education programs for students, teachers and families. The Domingo-Cafritz Young Artist Program, for example, is a leading resident-training program for artists on the verge of international careers.

The company also tries to think outside the box. In addition to its roster of classic opera productions this season, the WNO is staging the intriguing world premiere of “Approaching Ali” later this June, part of its American Opera Initiative. The hour-long opera by composer D.J. Sparr and librettists Mark Campbell and Davis Miller chronicles a reporter’s transformative meeting with boxing legend Muhammad Ali. The opera will feature a chamber orchestra, with a young director at the helm and a design team mentored by Francesca Zambello.