When it comes to uncovering ancient civilizations, however, Guatemala is a world leader.

Cradle of the Mayan civilization, which flourished from about 2000 B.C. until the Spanish conquest in 1697, Guatemala is home to hundreds of pre-Columbian ruins, including stunning, world-famous Tikal—located in the tropical rainforest of Petén province—along with lesser-known sites such as El Mirador, Iximche, Quirigua, Uaxactun, Nakum, Zaculeu and Topoxte.

On Jan. 27, Meridian International Center and the Guatemalan Embassy co-hosted a two-hour virtual program about Mayan civilization and culture, and recent groundbreaking discoveries using a technology known as LiDAR (light detection and ranging).

“We are presenting something that is truly spectacular for Guatemala,” said Alfonso Quiñónez, Guatemala’s ambassador to the United States. “About three weeks ago, I was walking in some of those archaeological sites. It was my sixth time in the area, and every time I go there, I’m more and more amazed about the Mayas. And I’m also very familiar with LiDAR and its impact.”

The program is funded by the National Endowment for the Humanities as part of its Global Humanities Initiative. Other speakers included Meridian’s CEO, Ambassador Stuart Holliday, and two archaeologists from Tulane University: Dr. Marcello Canuto and Dr. Francisco Estrada-Belli.

The PACUNAM LiDAR Initiative, a public-private partnership involving 15 collaborating members and about 60 experts, lets archaeologists utilize aerial light detecting and ranging to identify features beneath the forest canopy with little to no environmental impact.

This collaborative effort amounts to the largest LiDAR mapping project in the world, said Quiñónez, whose Tennessee-sized country is home to around 18.4 million people. 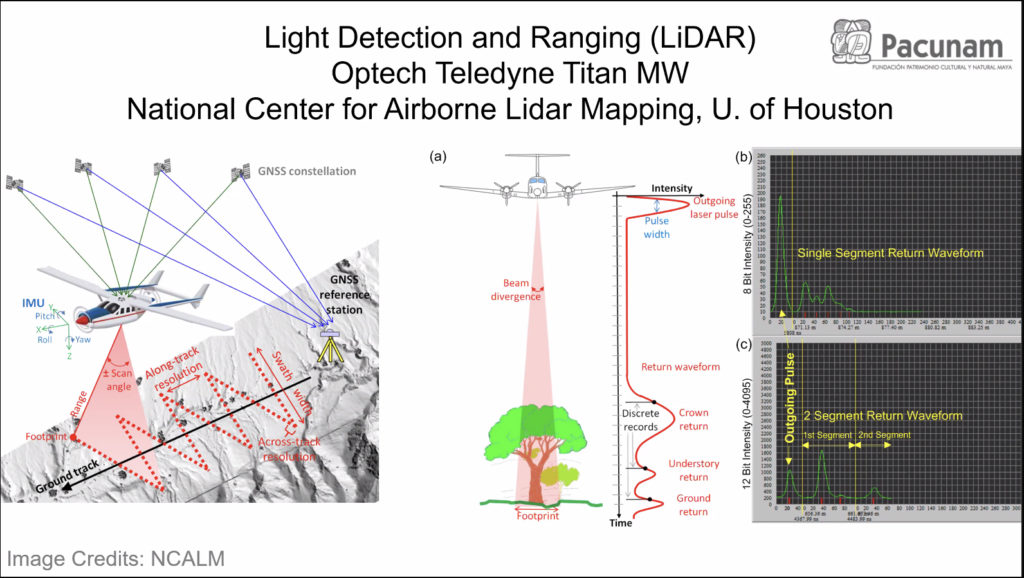 Guatemala: ‘Place of many trees’

“Our geographic location makes us highly exposed to climate events. That has a great human and economic cost,” said the ambassador. “That’s why management is so important. Not many people know that LiDAR technology provides us with many tools to help manage climate change.”

To that end, he said, the Guatemalan government is struggling to prevent deforestation.

“Our name, Guatemala, comes from the Nahuatl word meaning ‘place of many trees.’ So the fact that Guatemala has declared 30% of its territory as national protected area should not be a surprise,” said Quiñónez, noting that his country boasts the second-largest tropical forest in the Americas after the Amazon. “In the mid-1990s, the government implemented one of the most successful sustainable communities in the world, the Maya Biosphere.” 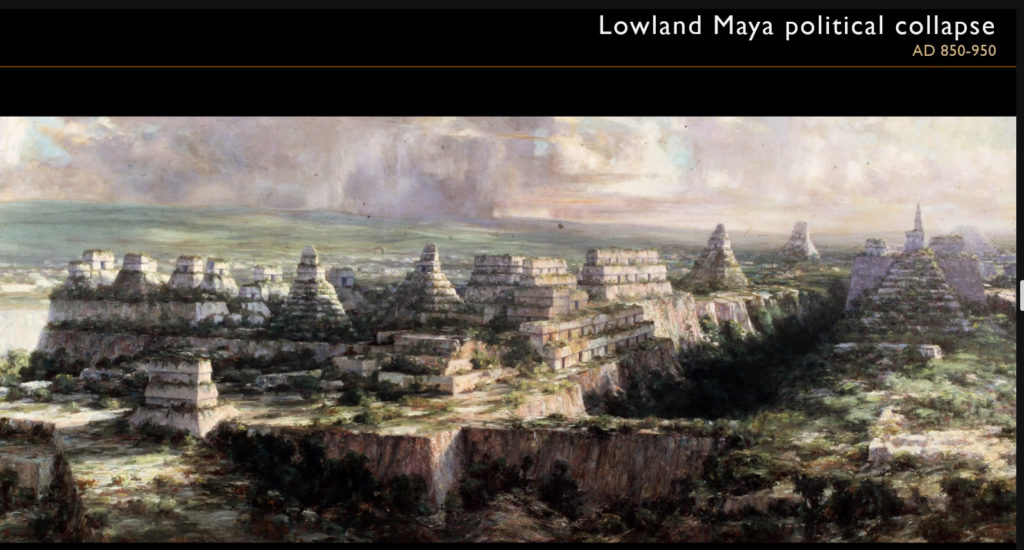 “People think about ancient civilizations as complex societies, but they are few and far between. There aren’t that many of them,” Canuto said. “Remote sensing is the notion of looking down from above. Some of the places we thought were the cradle of complex societies were known in large part because they were visible. Archaeological ruins in Southeast Asia or the Amazon were covered by tropical forests that didn’t allow them to be seen—not just from the air but also from the ground. But new technologies like LiDAR are now allowing us to appreciate them.”

In fact, one of the problems that has plagued Maya research in the lowlands for years is the area’s dense, impenetrable jungle canopy—part of what makes them so attractive and romantic.

Estrada-Belli said that around 900 A.D., the lowland Maya civilization collapsed, and vast areas of northern Guatemala were depopulated.

LiDAR has ‘revolutionized our ability to map’

“The jungle quickly regained possession of those urban landscapes. For one thousand years, nobody has lived in this area. And here we come, trying to put together the pieces,” he said. 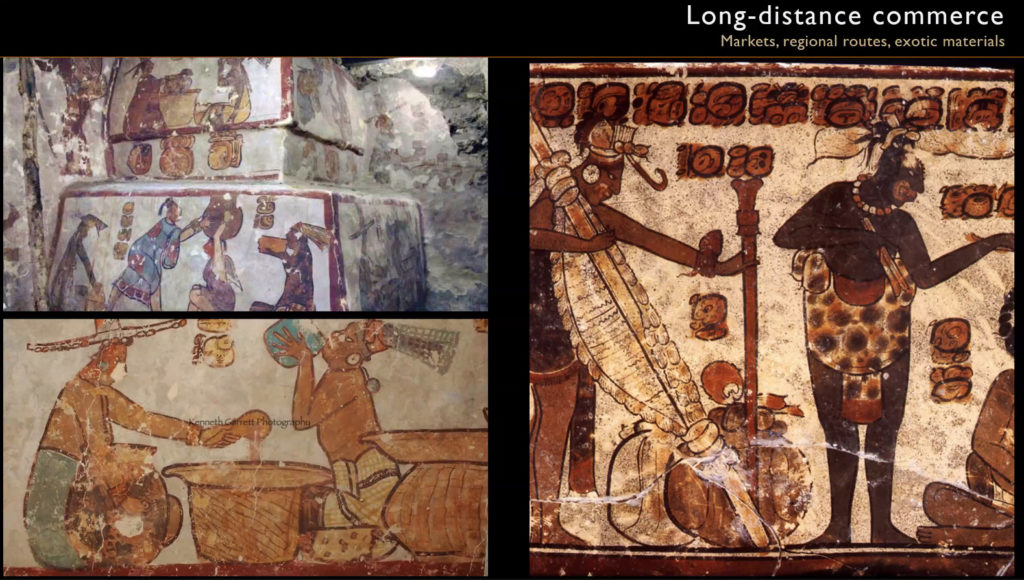 ]“The great benefit we’ve had is that unlike in some forests around the world—where great cities were built on top of ancient ones—here there was no obstruction for us except the jungle,” Estrada-Belli continued. “Nothing has been built upon them to confuse our understanding. We have a very intact landscape to study, if we can map it appropriately.”

Scientific exploration of the area began in the mid-19th century. In 1929, famed aviator Charles Lindbergh was asked to fly over the region. In ensuing decades, professional mappers were hired to catalogue as many Maya sites as possible.

“Tulane was one of the first to begin a mapping program,” Canuto said. “At the time, it was a monumental mapping effort to do only 16 square kilometers. All of it was mapped by hand.” 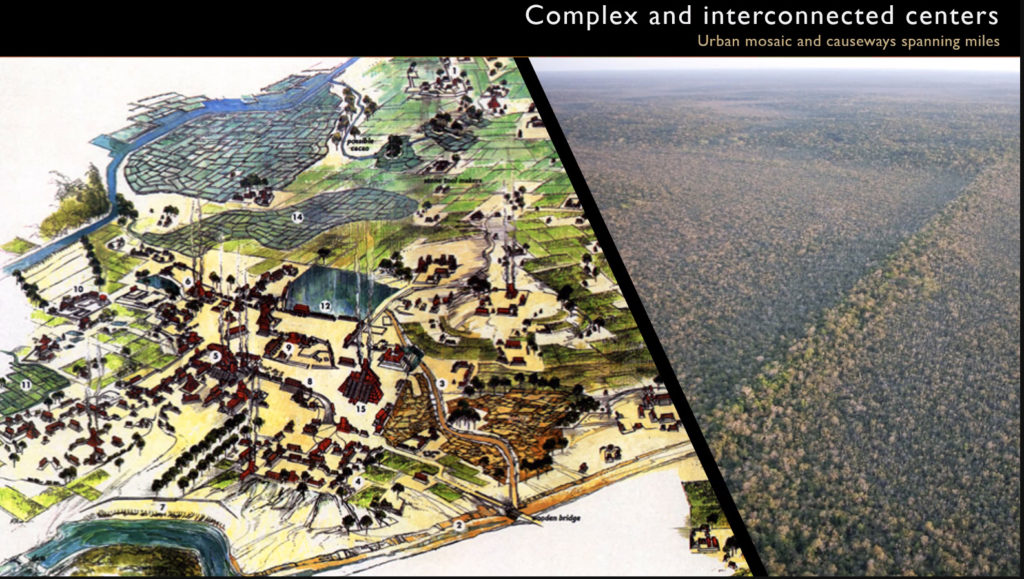 But LiDAR, said Estrada-Belli, “has revolutionized our ability to map.” The technology has enabled archaeologists to cover around 7,000 square kilometers as of 2019, and to recognize virtually every structure, “even small things you couldn’t see even if you were standing right in front of it—but also very large things because their size is obscured by the jungle itself.”

In just six months, archaeologists have managed to scan an area ten times larger than what five years’ worth of standard pedestrian surveys had covered. Technology can help collect data and obtain the variations, elevations, and mysteries behind the Mayan landscape, such as information about population density and cultivation practices.

In addition, the data can be presented to appeal to a wide variety of audiences; day and night views, 3-D enhancement, and thermal panoramas are just a few of the filters users can choose to help make the data come to life.

“Every survey has been larger than the previous one,” said Estrada-Belli. “We hope that in the future, all these data will be aggregated and studied as a single data set.”