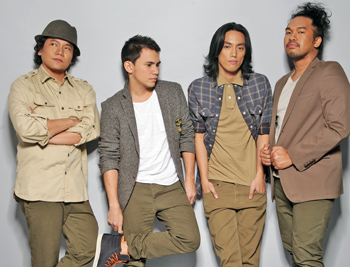 When you think blues, barbecue and Southern hospitality, the city of Memphis in Tennessee could come to mind. But the Philippines? Not so much. That’s the beauty of Memphis in May, an annual event in its 36th year that marries the celebration of an American city with the celebration of a foreign country. And this year’s honoree is the Philippines.

“MIM offers a unique opportunity to bring the culture of and business opportunities in the Philippines to the United States, in particular in the Southern states where familiarity with the Philippines is not well established,” said Philippines Ambassador Jose L. Cuisia Jr. “I know Memphis as the birthplace of rock ‘n’ roll. I have visited Graceland before with my wife, who is an Elvis Presley fan. I look forward to the opportunity to be back and help create closer relations between Memphis and my country.”

The first MIM festival was held in 1977 as a local community-building initiative that also saluted Japan. The volunteers and organizers who worked on the event thought it would be great to do yearly, said Jim Holt, president and chief executive officer of Memphis in May International Festival Inc. Reflecting on how much the festival has grown, he said the budget for the first one was about $150,000. Today, the nonprofit organization that runs it has an operating budget of $7 million.

Included in the festival are musical, culinary, artistic, business and educational components. The biggest musical event is the Beale Street Music Festival, which attracts more than 100,000 spectators and stars such as Aretha Franklin, Sheryl Crow, Fergie, Cee Lo Green and Carlos Santana. Performers scheduled to appear at the festival this year, May 4 to 6, include rapper Pitbull, Evanescence and Lupe Fiasco. It also includes at least one performer from the honored country, and this year that is Filipino rock band Sponge Cola.

The most notable culinary element is the World Championship Barbecue Cooking Contest, the world’s largest pork barbecue. Hundreds of teams, including foreign ones, compete for more than $100,000 in prizes. The Filipino team will hail from the Marco Polo Plaza hotel in Cebu City and will prepare lechon, or roasted pig.

The festival’s signature cultural event is “The Philippines! Live from the Islands” at the 2,400-seat Orpheum Theatre on May 10. It features the Bayanihan Philippine National Dance Company and Worldwide Family of Modern Arnis, which will present the evolution of Filipino martial arts. “We felt that was a key component of the country’s culture,” Holt noted.

Renowned Filipino chef Claude Tayag of the restaurant Bale Dutung in Pampanga will prepare traditional cuisine during intermission and at the International Gala at the Peabody Hotel on May 11.

“It’s really a comprehensive cultural immersion with the dance and music and martial arts and the cuisine,” Holt said.

For a few lucky students, it’s also the trip of a lifetime, with a student exchange program that features an all-expenses-paid trip to the host country as part of the festival’s month-long educational series of events.

It’s an opportunity to foster business relations, as well. Industry leaders from the Philippines in the fields of business, logistics, architecture, life sciences and commerce will hold lectures throughout the month, and Cuisia will speak on the special relations between the Philippines and the United States. Philippine Tourism Secretary Ramon R. Jimenez Jr. is also confirmed to speak at key MIM events to promote the national tourism campaign, “It’s more fun in the Philippines.”

“Memphis is also the distribution center of the U.S. with FedEx and Delta Air hubs located in this city,” Cuisia pointed out. “The Philippines is also building its logistics capability, given its strategic location in Asia Pacific. The West Philippine Sea is a major commercial sea lane.”

And throughout the month, the city of Memphis will showcase Filipino culture with exhibits at museums, galleries and public spaces, from the historic “people power” political revolution to the country’s signature hand-woven textiles.

“Wherever you travel in the city, it will be hard not to experience some Filipino culture,” Holt said, noting that the friendliness his team encountered traveling to the Philippines in many ways mirrored the hospitality for which the American South is known. 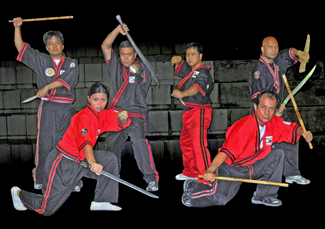 Memphis in May’s International Selection Committee studies and reviews the various countries up for consideration each year, Holt said, beginning with location.

“We start with the geographic area of the world and then we review prospective honorees and rank them under various categories,” Holt explained. “Obviously the countries to be considered need to have strong diplomatic relations with the U.S. We review trade figures, look at the scope and depth of the country’s culture and history, and narrow it down to a group of four to six countries and vote on them, selecting finalists. Then we travel to Washington to meet with those finalist countries to assess the level of interest in being involved in our program.”

Two years ago, they chose Tunisia, last year was Belgium and this year it was Asia’s turn. The selection committee narrowed the options down to four finalists: China, Malaysia, the Philippines and Singapore.

“The Philippines had been on the list for a while, and we had a very enthusiastic reception at the embassy here,” Holt said, adding that the festival has not honored the country before. “We’ve got a significant Filipino population here in Memphis.”

Although next year’s honoree will not be announced until August, Holt did say that Europe is back in the rotation for 2013 while 2014 will turn to Central or South America.

The objective of MIM is to bring awareness about foreign cultures to a city that is not traditionally international, Holt told The Washington Diplomat. Likewise, the honored country gets to learn about a slice of Americana.

“While they will not be physically travelling to the Philippines, I hope that these people will indeed feel that ‘it’s more fun in the Philippines,’ and they will be encouraged to see and experience Filipino warmth and hospitality for themselves,” Cuisia said of MIM visitors. “I look forward to the festive mood that the whole city of Memphis will bring.”

The ambassador added: “May is also the fiesta month in the Philippines, and so being in Memphis next month to promote the best of the Philippines will feel like being home.”

For more information on Memphis in May, visit www.memphisinmay.org.