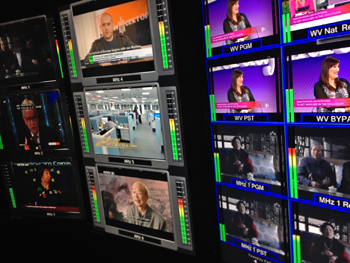 If you still receive printed copies of your daily hometown newspaper, you may have noticed over the years that the space set aside for foreign reporting has shrunk. Many newspapers — including national leaders like The Washington Post — have shuttered their foreign bureaus, relying instead on freelancers and stringers, even in war zones. The lack of original, in-depth foreign reporting is glaringly obvious online as well, with wire services and blogs often filling the digital void.

Much the same can be said for television news networks. Star anchors like Anderson Cooper and Brian Williams are still shuttled to a foreign locale when the story is big enough to merit it, but otherwise foreign reporting is kept to a budget-restricted minimum.

For more than 20 years, MHz Networks, a locally based television broadcaster, has been offering global programming that ranges from foreign news broadcasts, to films from over 50 nations, to sports such as rugby and soccer.

But for over 20 years, one locally based television broadcaster has steadily increased its foreign content, not by sending U.S.-based reporters, producers and crews abroad to cover it, but rather by bringing national channels from dozens of countries directly to U.S. households. Originally started as a public television broadcaster based in Virginia, in 1994 MHz Networks became a channel offering nothing but foreign programming to diaspora communities based in the Washington region.

“The idea was to provide content for all the immigrant communities here in D.C. It started as a channel to connect the top 10 population groups from the 1990 Census,” explained Frederick Thomas, the founder and CEO of MHz, which is based in Falls Church, Va., and now offers 12 digital channels, including one that reaches close to 40 million U.S. households over 35 public channels.

The goal of MHz is to offer innovative, globally relevant programming that’s not available in mainstream media, ranging from news broadcasts and foreign films — over 100 from more than 50 nations — to sports such as rugby, soccer and even Gaelic hurling. The company quickly found a receptive audience in the area’s diverse population, which includes Indians, Pakistanis, Salvadorans, Mexicans, Chinese, Vietnamese, Eastern Europeans and many other ethnicities and nationalities.

“There wasn’t really satellite TV with different languages, so we tried to provide this content locally. It really did serve its purpose very well. It helped many of the local communities stay connected to themselves, even,” said Thomas, 55. “We had a lot of local shows as well, and these were local shows where people would talk about what was going on in their respective communities here in the D.C. area. It probably is a little hard for people to imagine, given that you can now stream your own channel on your phone in your pocket, but in 1994 there wasn’t even anything called the internet. Television was a real means of keeping in touch.”

Thomas never expected to get into broadcasting, though the fact that he ended up in charge of an internationally focused television broadcaster isn’t surprising. Born in D.C., his father worked for the U.S. Information Agency, where he produced the America Illustrated publications that were distributed in the then-Soviet republics. “I grew up around a lot of that,” he said.

A two-time American University graduate, Thomas had hoped to become a film director, but when that didn’t pan out, programming was the next best thing. When he decided to launch a public broadcast station alongside PBS-affiliates such as WETA, WHUT and MPT, he opted for “something that [D.C.] had in abundance in population but wasn’t being served” — international content. “It needed to do something different. I was born in D.C., so I always had an international background, so let’s make the whole thing international. Why not?” he recalls.

MHz now offers everything from CCTV (China), Russia Today and TRT Türk (Turkey) to VTV4 (Vietnam), Arirang TV (South Korea) and France 24. And while the station quietly built up an audience among diaspora communities living in the Washington region and across the U.S., its most famous — or infamous, depending on who you ask — acquisition was a certain Middle Eastern news channel.

“It was huge. It was a big, big deal,” said Thomas of the decision to start airing Al Jazeera in 2009, when television stations switched from analog to digital signals, allowing them more channels to work with. “We needed to fill the other channels, and I had been talking to Al Jazeera for several years prior to 2009. Finally we were able to get it to work, and part of it was convincing the board of directors this was the right thing to do. That was probably the hardest thing.”

Thomas recalls the uproar that bringing Qatar-based Al Jazeera to the U.S. caused. “It had everything to do with the name. So much of it was tied up in ignorance. Still, being the guys to take the lead to wipe away that ignorance was more than we had ever done. But we had been carrying content from all over the world, so we were the natural people to do it.”

He laughs off the controversy the channel provoked, and says that for all the politicians and pundits who may have opposed it, just as many also backed his decision. “It launched, the sky stayed blue, didn’t it? Honestly, as an English-language service, AJE is a tremendous news service. It’s the TV equivalent to what NPR is. It is a great service,” he said, referring to National Public Radio.

In 2013, Al Jazeera America launched in a partnership with Current TV, and MHz no longer carries its programming. But that doesn’t mean that some of Thomas’s other offerings haven’t attracted similar criticism. Russia Today (RT) is a case in point: The Moscow-based broadcaster has been accused of shaping its news to fit the whims of the Russian government, but Thomas brushes off those concerns. 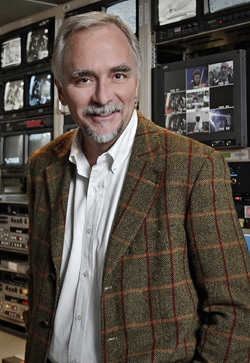 “Our purpose is to present it, and that’s what we do. We’ve always done that. The magic world of TV and TV remotes: If you don’t like something, you can change the channel. The biggest uproars we’ve ever had have been over why something disappeared, not why it appeared. I think when people really look at it and get it, they understand that, ‘Hey, it’s all here and I can take parts of it and learn from it and there are parts I don’t care for and I won’t listen to it and I’ll discount it.’ That’s the idea about information,” he told us.

Thomas also says that by offering a diverse array of programming and foreign channels, MHz has helped broaden viewers’ minds. “I think what we have done is give you the nuances, the differences of opinion. You get to see how countries want to present themselves, and that’s where you learn a lot,” he said.

It’s not just the programs he taps from abroad, though, but also the ones produced by local diaspora communities and distributed by MHz. Thomas points to “Darshan,” a show produced locally that focuses on South Asian communities. “That show got to be so popular, that at final count [the host] had done interviews with four governors of Virginia. It really had become something where people had found the power of that local production and that community and how to reach them. That’s what public broadcasting is supposed to do,” he said.

Looking ahead, Thomas says that in January MHz created a for-profit channel that will be distributed by commercial cable broadcasters. The idea, he says, is to use the for-profit channel to sustain the rest of the operation, which is a nonprofit and receives no money from the government or through the Corporation for Public Broadcasting.

But no matter what comes for MHz, Thomas says that the response from his audiences is what drives him to continue doing what he started over two decades ago. “You take what we do and aggregate all this content from all over the world and distribute it across the U.S. and the responses are pretty straight-forward, pretty consistent: ‘Thank you, I wouldn’t have known that if you hadn’t told us.’ It’s pretty cool.”