Home The Washington Diplomat November 2014 The Science and Safety Of Fad Diets: What Works? 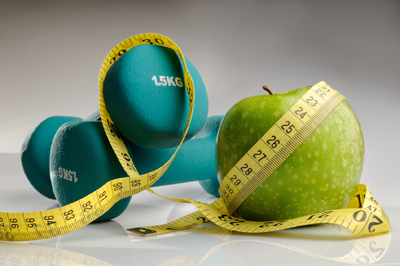 Will going Paleolithic and eating like your ancestors make you leaner and less likely to get heart disease and cancer? Will the Grain Brain Cookbook keep your brain “vibrant and sharp” with gluten-free recipes? And can that classic Cabbage Soup Diet help you safely drop 10 pounds in only one week?

It can be a struggle to make sense of the competing claims about fad diets, some cooked up by people with impressive credentials, and it’s even harder to decide which ones are best. Some fads become established but no less controversial: More than 40 years after the Atkins Diet rose to fame by demonizing carbs, it has won over legions of converts but its benefits remain as contentious as ever.

Just as nutritionists research and write tomes on how to be healthy, one weight-loss expert has been studying their work  — and some of her conclusions may be surprising.

For Dr. Holly Wyatt, diets have been a focus of her extensive research as an associate professor at the University of Colorado in Denver and her work with overweight and obese patients as the medical director of the Anschutz Health and Wellness Center.

Wyatt spoke to us during a break at a weight-loss boot camp she was conducting at Anschutz, a science-based weeklong program of diet and exercise.

“After trying to figure out the best weight-loss diet, what comes out is that there are multiple diets that work, 15 or 20, and that it’s very individual,” said Wyatt, co-author of the book “State of Slim.” “That is, if you compare major diets for average weight loss, there’s not very much difference from one to the other.”

The Endocrine Society that Wyatt belongs to recommends three weight-loss diets that have been proven to work: the Mediterranean Diet, a moderately low-carbohydrate diet and a vegetarian or vegan diet.

“These three diets have data showing they are effective. They’ve been studied and they’re good choices,” she said. “But I wouldn’t want to say that they’re the only effective diets.”

In the current scientific literature, the key to successful weight loss, many experts say, is not a particular diet but adherence — “whether or not an individual can find a diet that fits their lifestyle and food preferences” and stick to it, Wyatt said. “The better someone can adhere to a diet program, the better the outcomes.”

Because there is no diagnostic test for figuring out which food choices will work best for each person, Wyatt and her colleagues “have to look at that behavioral piece” in making recommendations to their patients. “If someone tells me that lean protein is their favorite food, a vegan diet isn’t going to be an option,” she said.

Wyatt has discovered some other surprising tips for healthy living.

If you want to lose weight and not regain it, you must use different strategies during each phase. In both phases, but especially during the keep-it-off phase, Wyatt recommends eating foods that you like and that are compatible with your lifestyle.

“Physiology and metabolism may play a role” in how you respond to a diet, “but the way you grew up and cultural factors are just as important,” she said.

“The second biggest item we’ve learned is that exercise is the most important thing for keeping it off once you’ve lost weight. I tell my patients that in their initial weight-loss phase, diet is doing the driving and exercise is in the back seat. After that, physical exercise is in the front seat with diet in back,” Wyatt explained.

“We’ve also learned that while diet and exercise are important, just as important is your mind set — that is, why you want to lose weight, why you want this transformation. It’s a holistic approach.”

And finally, the most often neglected piece of the puzzle is tailoring your diet plan. “Matching the diet you choose to your activity level is important. If you are an athlete or have an active lifestyle, you can choose a diet with more carbohydrates and calories, a lot more sugar. But if you have a desk job or a sedentary lifestyle, you’re better off with a low-carb, low-sugar diet,” Wyatt said.

In addition to the three recommended diets already mentioned, the other diet plans that have been scientifically shown to be effective include Weight Watchers and Jenny Craig. Meal-replacement diets where you have a shake or a frozen entrée for one of your meals “have some good data, as do the low-fat, plant-based diets,” Wyatt said, noting that the latter also show good outcomes when it comes to heart disease.

“These are not exhaustive lists,” she added, but simply examples of the varied weight-loss paths.

As for popular or trendy diets, you “can argue about each one, but for a dieter to lose weight they must eat less,” and most such diets do reduce calories consumed and will work for some people, Wyatt said. That’s true for the Paleolithic diet, she pointed out, where “its general principles are fairly solid.”

But she cautioned that one difficulty with the Paleo, gluten-free and other diets of the day is that “people can’t adhere to them” — and that’s the key for any long-term plan.