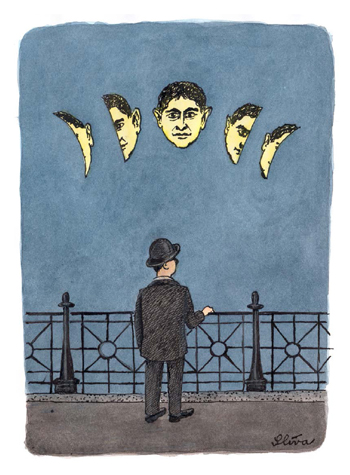 Prague-born Franz Kafka, unassuming during his lifetime despite his literary genius, would feel honored by this year’s Mutual Inspirations Festival, organized by the Embassy of the Czech Republic. It’s all about him, after all.

The multidisciplinary festival, now in its fifth year, highlights how Czechs and Americans have inspired each other. It features concerts, exhibitions, films, lectures and theater performances taking place at various cultural, religious and educational community venues around D.C.

Each year spotlights a different Czech personality who has influenced others through his/her work; past festivals have showcased composer Antonín Dvořák (2011), director Miloš Forman (2012) and former Czech President Václav Havel (2013).

Kafka was chosen this year — the 90th anniversary of his death — not only because he is considered one of the most influential authors of the 20th century, but also because he has had a profound impact on the United States, Czech Embassy cultural attaché Robert Rehak told The Diplomat. 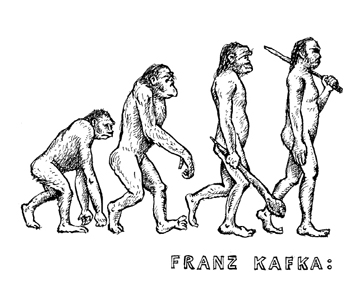 Well known for his fiction such as “The Metamorphosis,” “The Trial” and “The Castle,” Kafka (1883-1924) has become embedded in American culture. His work is required reading in many high schools and Americans use the term “Kafkaesque” to describe concepts and situations filled with surrealism, helplessness and confusion — prominent themes in his writing.

Although he never visited, Kafka was fascinated by America and wrote of it in his first, unfinished novel, “Amerika.”

“Kafka knew about America and described it precisely, having some knowledge of it — an idea of it being a free world,” said Rehak.

“Amerika” tells the tale of a young man who was forced to travel to New York to escape the scandal of his seduction by a maid and encounters bizarre situations in his new land. The novel incorporates the experiences (many negative) of Kafka’s relatives who had immigrated to the United States. Vladimír Michálek’s film version of the novel will debut at the Mutual Inspirations Festival on Oct. 9 in an attempt to expose a side of Kafka with which most people aren’t familiar.

“We want to draw attention to Kafka and the people who knew him, sharing his identity and the different sides of him,” Rehak said. “With every event … even we are learning more about Kafka through the festival.”

In a lecture last January, one of the events held as a prelude to the festival, professor Emerita Evelyn Torton Beck “showed us unknown sides to Kafka’s private life,” Rehak said. The lecture, titled “Why Kafka? Why Now?” discussed how in “multiple ways, Kafka’s life and works encapsulate the outsider who dwells within.”

Kafka struggled with feeling like “a minority in a minority,” Rehak explained. For example, everybody who spoke German in Prague, Kafka’s chosen language, was in the minority. Kafka, who was born into a middle-class Jewish family, also felt like a minority within the Jewish community because he didn’t consider himself religious and he rebelled against his father’s desire for him to work in business.

“Being a minority gave him great perspective,” said Rehak. “If you stay outside, you see much more than if you go with the mainstream.” 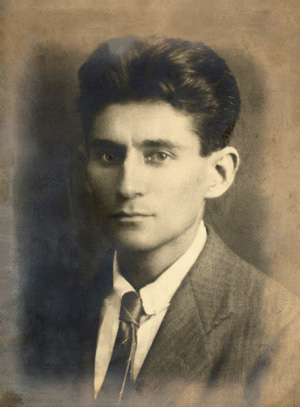 Even though Kafka’s work is known for its pessimism, it also contains humor — albeit dark humor — another aspect of the author illuminated by the festival. “Kafka & Co.,” an exhibit by award-winning Czech cartoonist Jiří Slíva, opened the festival with a collection of humorous drawings, lithographs and etchings inspired by the novelist. “Slíva is one of the believers that ‘Kafka had fun for us,’ exemplified through Kafka’s realism, humor and irony,” wrote the Czech Embassy, where the exhibit will be on display until the end of October.

In one Slíva cartoon, a large vermin lays on the psychiatrist couch, telling the doctor, “I dreamed I was Kafka” — a visual reference to one of Kafka’s most popular works, “The Metamorphosis,” in which a textile salesman awakens to find himself transformed into a giant bug and is ostracized by his family. A dark commentary on the limits of love and the dreariness of day jobs, “The Metamorphosis” deftly blends absurdity with alienation, a hallmark of his writing.

Kafka was able to laugh at man’s condition, however bleak, said Rehak. “He put great humor next to serious topics, making clear the difference between good and evil, sad and happy.”

As part of the festival, the Woolly Mammoth Theatre is hosting a play adaptation of “The Metamorphosis” produced by the Alliance for New Music-Theatre. The theater group describes it as a “dark and comical interpretation” of the play’s protagonist, Gregor, the outsider who in many ways represents Kafka’s alter ego. Like Gregor, Kafka reportedly feared others would find him repulsive and had a conflicted relationship with his father.

The festival also discusses Kafka’s conflicted relationship with religion. Although he didn’t always identify with being Jewish, his faith became a stark reality when, after his death, most of his family perished in concentration camps during World War II. The festival touches on what it was like to be Czech and Jewish under communism in several lectures and films.

Rehak himself will lead a lecture on Oct. 23 on Prague’s vibrant history, which spans more than 1,000 years of coexistence among Czechs, Germans and Jews. On Oct. 26, a concert titled “Overlapping Worlds” at the National Gallery of Art explores the city’s Czech and Jewish music.

Altogether, the array of overlapping events, from music to film to theater, offers Washingtonians a total immersion into the world of Kafka and his literary legacy.

through Oct. 29
with an encore event on Nov. 8
For more information, please visit www.mutualinspirations.org.