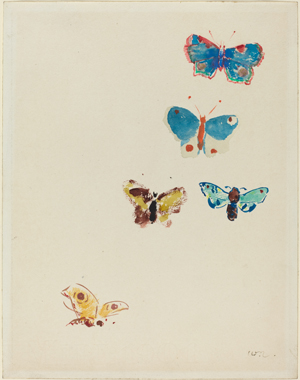 Among the works in a sweeping survey of Paul Mellon’s collection at the National Gallery of Art are Odilon Redon’s 1912 watercolor “Five Butterflies.”

The National Gallery of Art is one of the world’s preeminent museums, with an overwhelming, sometimes foreboding presence. But the man behind many of the gallery’s signature works had a personal approach to collecting art — an intimacy captured in a sweeping exhibition that coincides with the museum’s 75th anniversary.

“In Celebration of Paul Mellon” offers insights into one of America’s greatest art collectors, his wide-ranging tastes and the critical support he lent to build up what was then a fledging Washington institution.

The exhibit features 88 of the finest pastels, watercolors, drawings, prints and illustrated books selected from Mellon’s donations, which range from pen landscapes by Vincent van Gogh to portraits by Edgar Degas to watercolors by Winslow Homer.

A major donor of funds and works to the National Gallery of Art throughout his life, Mellon inherited his father Andrew’s vast banking fortune. The Pittsburgh native then helped carry out his father’s vision for the museum after Andrew died in 1937.

When the National Gallery of Art was formally dedicated in 1941, Paul Mellon presented it with over 100 works from his father’s collection. In the ensuing decades, Mellon would donate over 1,000 pieces to the museum, including many French and American masterworks.

The decision to honor Mellon was an easy one. “He is one of the greatest donors of all time,” said curator Andrew Robison. “The Mellon exhibit was something he tentatively suggested to do after his death; he was a very gentle, careful man and not a man to demand or ask for things.” 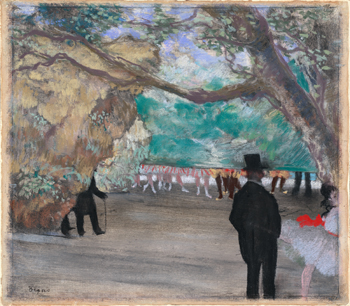 Mellon died in 1999 and his widow, Rachel “Bunny” Lambert, survived 15 years after his death. The National Gallery of Art waited until she died because much of the art Mellon owned had been left to his wife.

A large number of Mellon’s gifts to the National Gallery of Art are works on paper. Because they are sensitive to light, they cannot be put on constant display.

“It was a good time to bring out into the open the works on paper, the pastels and rare books,” Robison said. “I was put in charge of the exhibit as I knew Paul for many years and am a big fan; I was delighted to try and bring out something about him.” 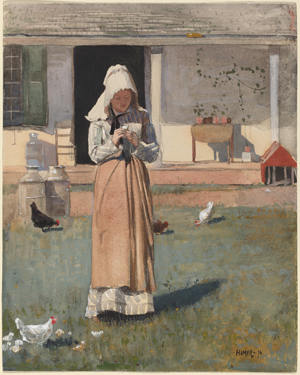 Robison hopes exhibit-goers will see Mellon not just as a major benefactor and collector, but as a connoisseur with varied interests who reveled in the pieces he acquired. The National Gallery notes that Mellon frequently rearranged his treasures, hanging them on walls or admiring them in his hands.

“I wanted to do it with a domestic feel,” Robison said, explaining that he designed the exhibit as one would group art in a home — by subject matter, artist and style, as opposed to a formal museum chronology. “I think it gives it a different flavor,” he said. “It’s a very personal show and reminds people of who he was, what he thought and how he approached art.”

The result is an expansive yet homey journey that juxtaposes cubist collages by Pablo Picasso with drawings by Juan Gris, for example. The exhibit also includes contributions from Mary Cassatt, Édouard Manet, Paul Klee, Henri Matisse, Paul Cézanne, Henri de Toulouse-Lautrec and Georges Braque, among myriad others. Mellon’s tribute is appropriately diverse in nature, with works of art hailing from France, England, Italy, Switzerland and other countries.

Although Robison deemed it impossible to name a favorite piece that Mellon donated, he did mention the Winslow Homer watercolors, which he said are a part of American history. “They refer back to a sense of peacefulness, comradeship and more simple history,” he said.

In Celebration of Paul Mellon