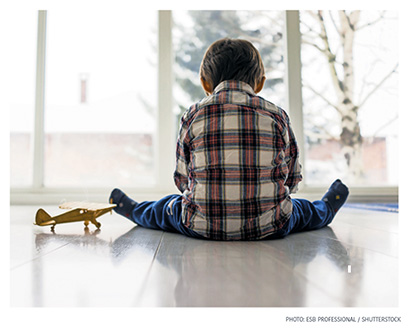 Yet another study reveals that autism is far more common than once thought, with nearly 3 percent of American children diagnosed with the disorder.

More troubling was that Dr. Wei Bao, lead researcher on the second study, found that 30 percent of kids who are diagnosed aren’t getting treatment.

“We know that autism may have lifetime impact to the individual and the family,” said Bao, an assistant professor of epidemiology at the University of Iowa. “There should be efforts to reduce the number of those untreated to as low as possible.”

It’s not clear who did and did not receive treatment, Bao added. It might be that untreated children have a very mild form of autism, he noted.

“Because the rate of autism keeps increasing, more and more children need treatment, and many may be waiting to see a doctor,” Bao said.

The reasons why more kids are identified with autism are unclear, Bao said. He speculated that it’s probably a combination of a real increase in the condition coupled with better diagnosis and changing definitions of autism that have identified more forms of the disease.

Autism spectrum disorder (ASD) covers a wide range of behaviors that affect a child’s social and communication skills. It’s often marked by difficulty communicating, engaging in repetitive behaviors and restricted interests. In its most serious manifestation, children can be nonverbal and appear cut off from the world. Many children, however, have less severe forms of autism and are able to function in school and in social situations.

The researchers also found geographic differences in where autism is more or less common. Bao isn’t sure why these disparities exist — it might be due to the prevalence of diagnosis, differences in racial and ethnic groups or environmental triggers, he suggested.

For the study, Bao and colleagues collected data on 43,000 children who took part in the 2016 National Survey of Children’s Health. The investigators found that 2.8 percent of the children had been diagnosed with autism. The same database was mined in the earlier government study.

Thomas Frazier is chief science officer for Autism Speaks, an autism advocacy organization. He said, “The one in 40 number from this study shows that ASD is common, and contributes to data indicating that autism prevalence continues to increase.”

Autism is and should continue to be a public health priority, he said, so “we need to understand why the prevalence is increasing.”

This study and earlier studies have shown that many children with autism are not being identified as early as they could be, Frazier added. “Even when children are identified early, many have difficulty accessing treatments and services,” he said.

Several things can be done to improve this situation, Frazier suggested. For example, better access to treatment is needed, especially in areas where the availability of services is limited. In addition, parents need training in techniques that have been shown to be effective in improving the developmental abilities of children with autism.

Frazier also said that health insurance needs to cover autism treatment, and public funding is needed to cover treatment for the uninsured.

Importantly, he said, “families need to be connected to interventions and other supports as soon as a developmental condition is identified.”

For More Information
The U.S. Centers for Disease Control and Prevention has more about autism at www.cdc.gov/ncbddd/autism/index.html.