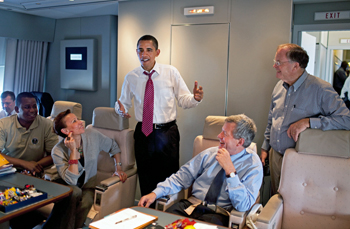 Over the course of more than four decades, Max Baucus has carved out a reputation in Congress as a dealmaker.

In December, President Obama nominated the 72-year-old retiring Democratic senator from Montana to become the next U.S. envoy to China. If confirmed by his colleagues on Capitol Hill — an easy sell — Baucus will soon head to Beijing to represent America on the front lines in negotiations between the world’s juggernauts.

The move surprised many because the veteran lawmaker, who joined the Senate in 1978, will be relinquishing his chairmanship of the powerful Senate Finance Committee, where he’s been working on an overhaul of the U.S. tax code. Any chances of major tax reforms this year, already dim, now seem unlikely.

But wisenheimers in Washington quickly deduced that the unanticipated selection of Baucus to succeed Ambassador Gary Locke, who announced his resignation abruptly in November, is a shrewd chess move for Democrats. It will allow the Democratic governor of Montana, a red state, to appoint a member of the party to fill Baucus’ seat — who can then enjoy the advantages of incumbency when running on November’s ballot in a race that looks to be fiercely competitive at a time when the chamber’s Democratic majority is up for grabs. The maneuver also grants Sen. Ron Wyden (D-Ore.) the chairmanship of the Finance Committee, which will let Sen. Mary Landrieu (D-La.) claim the gavel Wyden held on the Energy Committee, thus boosting her fundraising prowess immensely in her own tough re-election bid.

President Barack Obama talks with the congressional delegation aboard Air Force One in April 2009, during a flight from Trinidad and Tobago following the Summit of the Americas. Sen. Max Baucus (D-Mont.), seated at right, was recently nominated by Obama to be the U.S. ambassador in China.

Such machinations, however, should not overshadow Baucus’s considerable appeal for this important job, according to some well-placed observers.

Jon Huntsman, the American ambassador in China from 2009 until 2011, told The Diplomat that Baucus was an intriguing prospect for a variety of reasons, not least of which because he can be an effective intermediary between the U.S. legislature and the world’s second-largest economy.

“Listen, finding a U.S. ambassador to China is a very difficult thing to do because you’ve got to start by finding somebody who’s going to pass muster in Beijing. People forget that before the president can actually formally nominate someone, they have to be accepted by the Foreign Ministry in the host country. That’s just part of the diplomatic rules of the road, and the Chinese would not accept somebody who wasn’t of a certain stature, who they didn’t think could manage the relationship and get the work done,” Huntsman said.

“Second, you’ve got to find somebody who knows something about a terribly complex relationship. You just don’t find that many people who have any kind of background in U.S.-China relations. And Sen. Baucus, by virtue of being on the Finance Committee, is well versed in the economic side of China,” said Huntsman.

In the 1990s, Baucus helped push for China to be accepted into the World Trade Organization and has spoken out on the need for normal trade relations with Beijing. He has also visited the country eight times (and met with the country’s new president). And as Politico noted, Baucus’s move echoes that of Mike Mansfield, another long-serving Democratic senator from Montana who became ambassador to Japan from 1977 to 1988.

“He knows these guys in Chinese leadership extremely well and has met with them on several occasions,” Jon Selib, Baucus’s former chief of staff, told Bloomberg.

Political commentators also speculated that the move removed a vocal critic of the administration’s botched rollout of the Affordable Care Act (though Baucus was key to getting the law passed in 2010). Similar charges were made when Obama selected Huntsman, a Republican, to the post in Beijing, thereby removing a potential 2012 presidential rival, at least for a while.

Huntsman, a former governor of Utah who left the State Department in 2011 to mount a bid for the Republican presidential nomination, was recently named chairman of the Atlantic Council. He said he has spent hours discussing the ambassadorship with Baucus and offering advice. Although he wouldn’t reveal exactly what tips he gave him, he did say that the senator should arrive in Beijing with a checklist that includes at least one big economic goal, such as advancing the Trans-Pacific Partnership (TPP), a blockbuster multinational trade deal that’s been in the works for years (China, which has been leery of the deal, is not among the dozen Pacific Rim nations involved in the talks).

“He’ll also want to focus on things like opening the beef market, which he is uniquely positioned to do, coming from a state like Montana and knowing all of the players and knowing how critically important that component on Capitol Hill is,” Huntsman added.

Easing restrictions on American beef being sent to China, which could spell billions of dollars in U.S. exports, is “on the cusp of happening,” he said. “It just needs an extra nudge.”

In addition, Huntsman said he expects the new ambassador will pave the way for Obama and Chinese President Xi Jinping to hold a summit, “which should take place in the first half of this year.”

But the greatest good Baucus can achieve, said Huntsman, is to ensure that Congress “better understands the stakes involved in the most important relationship in the 21st century, the implications of failed policies and, by the same token, the benefit of good policies, on the economic side, on export enhancements, on trade policy, on job creation through greater interaction with China, and certainly on the security side — of course dealing with the most recent issues playing out in the East China Sea and the South China Sea.” 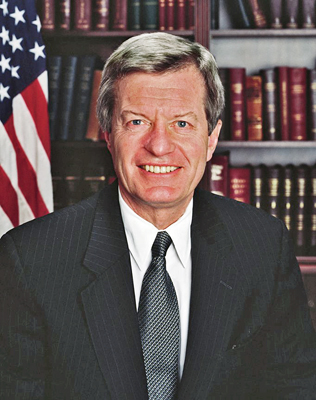 Max Baucus, the 72-year-old retiring Democratic senator from Montana, is relinquishing his chairmanship of the Senate Finance Committee to become America’s next envoy to China.

Baucus won’t be the first U.S. senator to become a diplomat in the People’s Republic of China. In his second term, President Clinton appointed Sen. Jim Sasser (D-Tenn.) to the post during a fractious period on Capitol Hill. Since the United States resumed normal relations with China in 1979, the position has been held by people with a wide range of backgrounds, including career diplomats and leaders from business, labor and national intelligence. In fact, before the United States and China mended diplomatic ties, President Ford sent George H.W. Bush to Beijing to be a special liaison after he had served in the House of Representatives.

In some cases, diplomats with congressional experience may have an advantage over other types of political appointees at U.S. embassies, namely campaign donors, according to Richard Swett, who served in the House (D-N.H.) in the 1990s and as the U.S. ambassador to Denmark under President Clinton.

“So often [the president] is rewarding people because they have been very successful business people who have given large amounts of money to political parties in a campaign season. That’s a very different kind of background than someone who’s serving on Capitol Hill as a member of Congress, and I think you’re able to draw on a very different set of qualities in fulfilling that role,” Swett said.

“When you’re a political appointee, you have an uphill climb to make in the State Department because a lot of the career people are in a wait-and-see aspect — they’re looking to find out if you really have the kind of skill sets that can help them do their jobs better. Until you build that trust with the career people in the State Department, I think you’re on a proving ground,” Swett said. “Someone with Max Baucus’s background and experience is going to prove that very quickly and very easily demonstrate that he can be extremely helpful to the career diplomats in making their work that much easier.”

Huntsman agreed with Swett that many of an American ambassador’s chief challenges, especially in Beijing, are managerial.

“You have a substantial and complicated diplomatic footprint in China, including more than 40 departments and agencies represented. You’ve got five consulates, some of which are larger than most embassies in other countries,” Huntsman pointed out. “The fact that he’s been chair of a very powerful committee on Capitol Hill would suggest that he knows how to manage priorities, and that he knows how to work with special interest groups,” he added, noting that an American ambassador gets “knocks on your door from every conceivable realm of life — from civil society, from commercial business interests, higher [education] leaders, students from foreign exchange programs, other diplomatic representatives in the country.”

“I mean you see it all. So you’ve got to be a manager. You’ve got to know how to prioritize America’s interests.”

Elizabeth Economy, director of Asia studies at the Council on Foreign Relations, told The Diplomat that Baucus would have his work cut out for him.

“The overall political climate in China is a difficult one given Beijing’s recent crackdown on the Internet, rising regional tensions and general uncertainty over the country’s current economic trajectory. None of these conditions is conducive to a robust U.S.-China relationship,” Economy said.

“However, given Sen. Baucus’s background in trade, he might have some unique qualifications to advance the U.S.-China economic relationship by helping to carry the water for the administration on efforts to negotiate a bilateral investment treaty and by keeping lines of communication open on future Chinese participation in the Trans-Pacific Partnership. On the political and security front, the new ambassador might also take the temperature of Chinese officials on issues such as North Korea and climate change, where there might be some room for greater cooperation,” said Economy, the author of “The River Runs Black: The Environmental Challenge to China’s Future.”

“The biggest policy challenge that Sen. Baucus will face is that he has limited ability to shape the U.S.-China relationship,” she added. “Domestic considerations in both countries will drive bilateral relations rather than any personal ambassadorial policy or diplomacy.”

Yet personalities do matter, as evidenced by Locke’s tenure. The former commerce secretary made waves in China with what many saw as his humble approach (buying his own coffee at Starbucks, traveling in coach, etc.), impressing legions of average Chinese fed up with lavish lifestyles among the party elite.

Huntsman, too, made an impression in China with his deep knowledge of the region (and one of the rare U.S. ambassadors fluent in Mandarin). The former envoy told us that one of the keys to the job, which he believes Baucus is well suited to accomplish, will be helping both sides understand what the domestic considerations in the other country might be. “He has to explain two incomprehensible topics to two different constituencies — American politics and Chinese politics,” Huntsman said.

“Coming from a leadership position in the U.S. Senate, he should be able to open some important doors for Congress and China,” Huntsman concluded. “Traditionally they have been very difficult to unlock, and it could be of enormous value to the U.S.-China relationship over the longer term.”