Home The Washington Diplomat September 2018 Op-Ed: A Low-Carbon Economic Transition Is Both Possible and Profitable 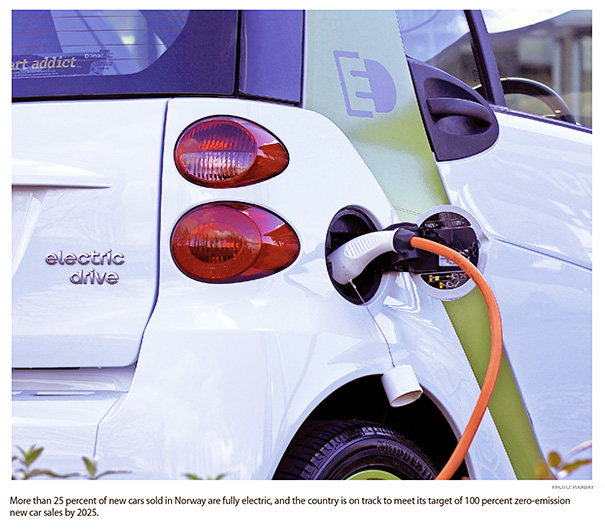 Transitioning to a green (low-carbon) economy is the name of the game these days. Following up on the Paris climate agreement, countries all over the world are working to reduce greenhouse gas emissions and curtail climate change. An increasing number of businesses are discovering that this is not only possible, but may also be profitable.

It is often said that we are in the midst of the fourth industrial revolution, one driven by knowledge and technology. Throughout history, change has often been met with resistance. Today, I notice some people saying that a transition to a green economy will be expensive, is unnecessary and may be a threat to our standard of living.

Technological innovation and investment in low-emission solutions are already creating new opportunities for economic growth, new jobs, increased profit and a better future for our planet. Those who do not jump on the bandwagon risk losing out.

In my own country, Norway, the transition to a green economy is in full swing, and accelerating. The government’s ambition is to provide for a low-carbon economy by 2050. A market-based approach, where business and industry seek to achieve green competitiveness, will contribute to reducing emissions while at the same time creating jobs and economic growth.

But policy tools will also be important. One of them is carbon pricing, which has proven to have great influence on people’s behavior. By making the polluter pay, carbon pricing stimulates technological change: the low-emission solutions win through. Eighty percent of Norway’s emissions are covered by either a carbon tax or the emissions trading system — or both.

The transformation toward 2050 is being realized by building a combination of policies over time. One example is in transportation, which is a major source of greenhouse gas emissions. So far this year, more than 25 percent of new cars sold in Norway are fully electric. We are on track to meet our target of 100 percent zero emission new car sales by 2025.

A third area that I want to highlight is carbon capture and storage. This technology is necessary for limiting climate change. Two full-scale carbon capture and storage projects are now being developed in Norway: one at a waste incineration plant in Oslo, another at a cement factory in the county of Telemark. A final decision on funding the construction of a full-scale CO2 capture, transport and storage network is expected in a couple of years.

Transformation will be challenging, and risks need to be managed. The Norwegian government has therefore set up a commission of experts to assess how climate change will affect the country and the economy. This includes the physical consequences of climate change — how sea level rise, more extreme weather patterns and so on will affect us economically. Perhaps more importantly, the commission will also look at how climate policy-related changes in markets, valuation and the assessment of future assets will affect the Norwegian economy. What’s profitable now may not be profitable in the future. The commission will deliver its report by December.

Every country has to find its own way to prepare for the future. But no country can go it alone if we are to reduce carbon emissions and their global effects. That is why international cooperation is so important. Norway will continue to work with countries and private companies everywhere to move forward toward a prosperous low-emission economy.