Home The Washington Diplomat January 2019 Op-ed: Health and Education for Women and Girls Are Key to Global Development 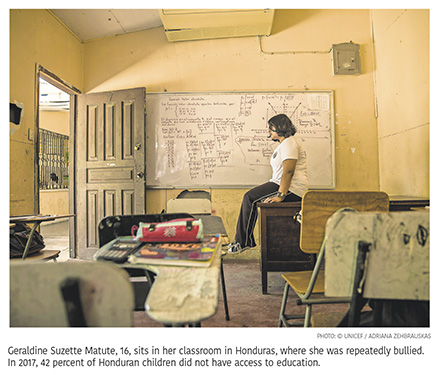 Sometimes numbers can be overwhelming. Like the fact that every year, nearly 6 million mothers and children throughout the world die from preventable conditions. Or that each year, around 12 million girls get married before turning 18, with most of them soon having to care for children rather than pursue their education.

I sometimes wonder what the impact on the global economy would be if we managed to reduce those two numbers.

Without having the exact answer, I’m still convinced that it would create a win-win situation. Any country should see its spending on health and education, particularly for women and children, as an investment, not a burden. This is particularly true for the poorest countries in the world. Such investments are the basis for growth and economic stability, ultimately contributing to global security.

That is why health, education and the rights of women are fundamental priorities for Norway’s international development policy.

Girls need to go to school. Women should be allowed to choose when they want to have children. And both women and men should be given the opportunity to work, realize their potential and help make the economy and their local communities more resilient. Good health is the key to achieving all these goals.

During my time as ambassador of Norway to Afghanistan, I saw firsthand how vaccination programs and access to basic health services prevent children from dying of diseases that can easily (and cheaply) be cured. And I have seen the joy that kids and young adults express when they are given the opportunity to go to school. They are well aware that in many cases, the alternative would be to labor in jobs that children should be spared from doing — or, for many teenage girls, to be married off before they’re ready.

Norway has taken a leading role internationally to secure financing for global health. One of our achievements is the creation of the Global Financing Facility (GFF), a brainchild of the World Bank, the U.N., Canada and Norway.

Dealing solely with health services for women, children and adolescents, the GFF is not a traditional aid fund. It’s designed to blend donor, philanthropic and private sector funds with concessionary loans — and then add firm commitments from the recipient country itself. No country will receive grants from the GFF unless it makes changes to its own ways of providing medical services, for instance by transforming taxation systems or increasing public monetary contributions. 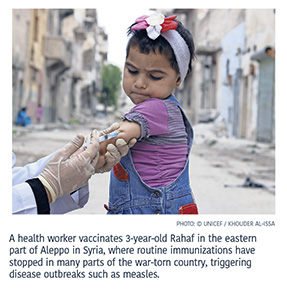 The GFF targets women and children in 50 of the poorest countries of the world. It focuses on building overall health systems as opposed to specific issues such HIV/AIDS or malaria — a shift in traditional development funding models. The emphasis on women and children is also key because numerous studies have shown that improving the health and education prospects of women and children is the fastest way to lift a country out of poverty.

The concept seems to have many followers: A donor conference in Oslo recently managed to raise $1 billion in pledges for the GFF.

Experience shows that it works. During the three years that the GFF has been in operation, many have already been helped. Using the mechanisms of GFF, Cameroon, for instance, is on its way to increasing its health budget from 8 percent of the state budget in 2017 to 20 percent by 2020. And Nigeria has established a basic minimum package of health services for all citizens and invests in health and nutrition specifically for women, children and adolescents.

The GFF is an example of how international development may be funded in the future. Everybody knows that traditional aid will never be sufficient. It also makes recipient countries dependent and therefore vulnerable when the money dries up.

It is therefore worth noticing how this new model is being used in a sector such as health services for women and girls. Previously marginalized and neglected, this sector holds the key to future prosperity for many of the poorest countries in the world.

Investing in health and education for girls and women is an investment in development. Too many lives hang in the balance to not take this seriously.