Home The Washington Diplomat July 2018 Op-Ed: Public, Private Sectors Must Work Together to Manage Next Pandemic 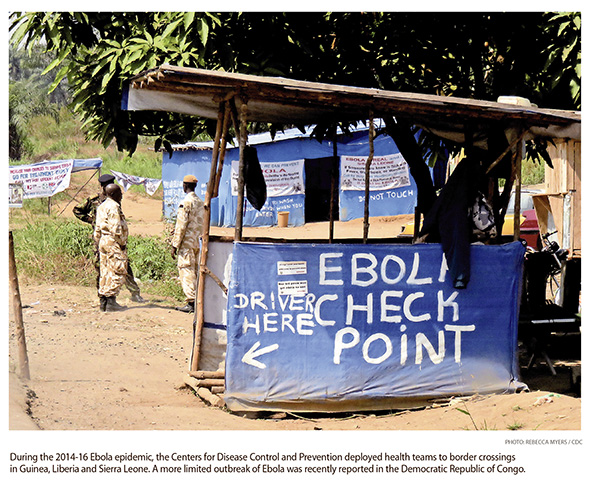 The 2014 Ebola outbreak in West Africa was a wake-up call — a stark reminder of how vulnerable our societies can be to epidemics of infectious diseases.

At the time of this writing, there is a new outbreak in the Democratic Republic of Congo. We were not ready in 2014. I hope the measures and tremendous efforts put in place recently in the DRC will be enough to stop the outbreak this time. The health workers risking their lives every day to prevent further spread of this disease deserve our deepest gratitude and respect.

History has taught us that there will be future deadly global pandemics. We therefore need to invest in better tools, effective early detection and a more robust global response system. The key to avoiding massive loss of life is the timely availability of vaccines.

The effects of pandemics are devastating on human lives and development. This is not just a health issue but also an economic issue — and a security issue.

For Norway, global health is a priority. We see health as crucial for economic growth and achievement of the U.N.’s Sustainable Development Goals.

The Norwegian government has focused on knowledge-based and innovative multilateral health initiatives and partnerships with institutions such as Gavi, the Vaccine Alliance; the Global Fund to Fight AIDS, Tuberculosis and Malaria; and the Global Financing Facility (GFF). This comes in addition to our direct support of UNAIDS and the World Health Organization.

This work has contributed to saving millions of children’s lives and protecting people’s health by increasing vaccination in lower-income countries. Norway has built robust partnerships with the U.S. government, industry, academia and philanthropy. I had the pleasure of visiting the Bill & Melinda Gates Foundation in Seattle earlier this spring, and discussed our successful cooperation on global health.

With the financial backing of the Bill & Melinda Gates Foundation; Wellcome Trust; Germany; Japan; and Norway, the Coalition for Epidemic Preparedness Innovations (CEPI) was launched in January 2017 at the World Economic Forum. Norway provided 1 billion Norwegian krone (around $124 million) in support of the first phase of CEPI’s work, and has since increased its contributions by another 600 million Norwegian krone ($74 million).

A main challenge is that there is no market for vaccines to fight epidemics. Nothing is driving industry to create vaccines for diseases we cannot anticipate. Therefore, only a public-private partnership could address that market failure.

As a first step, CEPI focuses on the diseases Lassa fever, Nipah virus infection and Middle East Respiratory Syndrome (MERS). They have been chosen based on the relative risk of an outbreak occurring, their transmissibility and the feasibility of developing vaccines. The selection process has also benefited from close collaboration with the WHO and scientific experts.

CEPI works with pharmaceutical companies to push promising vaccine candidates through trials. This enables a more rapid deployment. Vaccines developed with the group’s support will be available to those who need them the most. Price should not be a barrier.

These are the threats that we already know about and where “just in case” vaccines are needed. But what about new viruses that show up? There is also a need for rapid-response vaccine platforms to produce safe, effective vaccines when new threats emerge, and we need rapid development and deployments of these drugs.

CEPI partners with the private sector, working with a variety of technologies and innovative approaches to develop, test and release new vaccines in a matter of months, rather than years.

The United States has a unique depth of scientific and technical expertise. CEPI already collaborates with several U.S.-based companies, for instance to advance the development and manufacture of vaccines against Nipah and MERS. Norway strongly encourages the U.S. government to engage in the coalition.

I hope for a strong and coordinated global effort to prevent new pandemics — and I hope it won’t take another global wake-up call to make that happen.