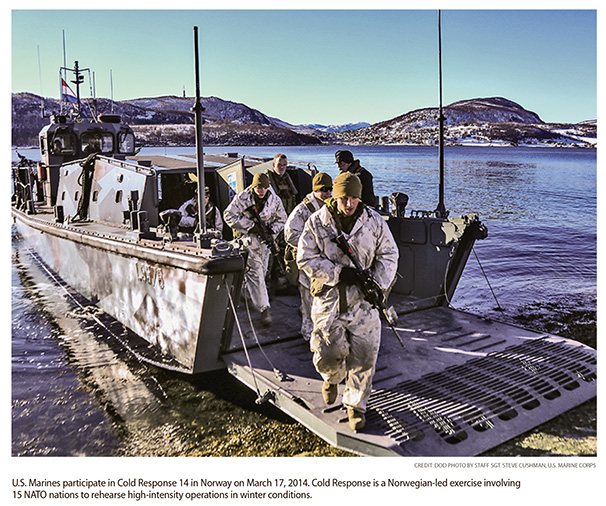 The meeting on March 20 between U.S. Secretary of Defense James Mattis and Norwegian Minister of Defense Frank Bakke-Jensen confirmed the long-standing defense relationship between the United States and Norway.

It also confirmed that our security cooperation is a two-way street. As it should be.

In a disrupted world, true friends are more important than ever. The United States is, no doubt, Norway’s most important ally. The relationship also benefits both sides. Norway is highly committed to international security and shows this commitment through tangible contributions.

That is clear from our increased budget spending and high level of investments for defense purposes. It can also be seen through our participation in international operations and the high quality of Norwegian soldiers.

Our military currently contributes significantly to both NATO’s Resolute Support mission in Afghanistan and the campaign to defeat the Islamic State. And we are proud to live up to the role of NATO’s “gatekeeper of the North.”

We are significantly strengthening our ability to defend both Norway and the NATO alliance. Improved military readiness and long-term investments in strategic high-end capabilities are part of that. Included in this is the procurement of F-35 fighter jets, P-8 Poseidon maritime patrol aircraft, new submarines and air defense systems. We aim to ensure that any use of force against Norway will carry unacceptable costs and risk. 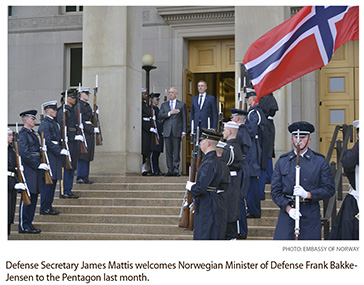 Changes in the strategic environment have contributed to further strengthening the defense cooperation between Norway and the United States. In concrete terms, that includes the following:

The meeting between Defense Minister Bakke-Jensen and Secretary Mattis took place at a time when global security is challenged in many ways. Norway is committed to meeting challenges to European and transatlantic security with firmness and predictability, in cooperation with our allies on both sides of the Atlantic.

We recognize that working together never has an endpoint. Cooperation must be constantly nurtured and developed.

This is something I remind myself about every single day when I walk through the doors of the embassy.