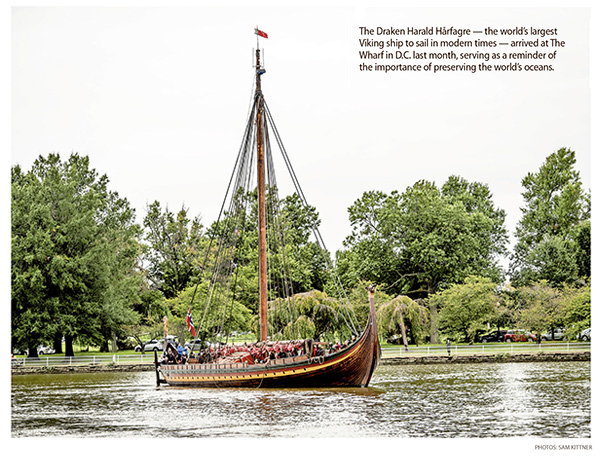 For 10 days last month, the world’s largest sailing Viking ship was docked at The Wharf in Washington, D.C. Having crossed the Atlantic from Norway, more than 1,000 years after Norse explorer Leif Erikson became the first European to reach American shores, the Draken Harald Hårfagre served as a reminder to people in the nation’s capital of the opportunities offered by the world’s oceans.

For the Vikings, the ocean did not divide. It offered a way to connect — for those who dared.

The oceans cover two-thirds of our planet, produce half of the oxygen we breathe and absorb around one-third of our carbon dioxide emissions. They provide us with food, energy and a means of transportation. Hundreds of millions of people depend on the oceans for their livelihoods.

Obviously, the oceans need to be treated with respect. This is not the case today.

The oceans are under threat from several directions. Throughout the world, overfishing is depleting stocks. Pollution and acidification are threats to the marine habitat and to coastal communities. Marine litter and microplastics increasingly damage marine ecosystems.

All of this is undermining the true potential of the oceans. If we want the oceans to continue to give us life, a joint international effort is needed — a push toward a truly sustainable ocean economy.

Now, Norway is taking a lead. Prime Minister Erna Solberg has brought together a group of world leaders in a high-level panel. Together they will recommend ways to move to a truly sustainable ocean economy. The goal is to create a balance between protecting the oceans and optimizing their value to humankind. The growing population of the world needs more food, medicines, energy and minerals. If managed wisely, the oceans hold the key to meeting these needs, the prime minister said. 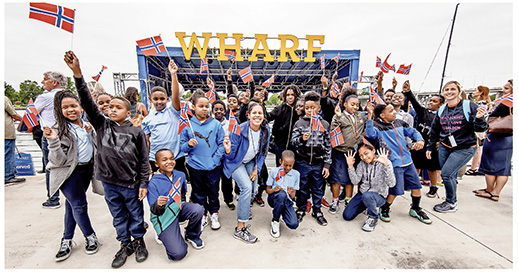 Through the United Nations, the world’s countries have identified a set of goals — the Sustainable Development Goals — for how to secure a better and more sustainable future for all. Less than 12 years remain before 2030, the deadline for achieving these goals. With coordinated management, the oceans can help get us there.

With the U.S. visit of the Draken Harald Hårfagre — the world’s largest Viking ship to sail in modern times — Norway launched a government initiative to highlight, over the next couple of years, the significance of the oceans for the well-being of our planet — and for the people who live on it. During the U.S. tour, the Draken will visit 14 harbors across the East Coast, spanning Maine to South Carolina. Through these events and other activities, we want people in the Washington area and other parts of the United States to get onboard with us and contribute to a global push toward a sustainable ocean economy.

Why is Norway doing this? Because we care. And because Norway is an ocean nation. Our sea areas are vastly larger than our land areas. Around 80 percent of our population lives within six miles of the sea. Oil and gas, fisheries, aquaculture and shipping account for nearly two-thirds of Norway’s export revenues.

As the world population grows, there is a need to strengthen international cooperation on management of the oceans. When planning for our common future, we cannot afford to turn away from them.