Home The Washington Diplomat January 2017 Op-ed: What Now? (Satirical) Advice to Diplomats from an Ex-Ambassador 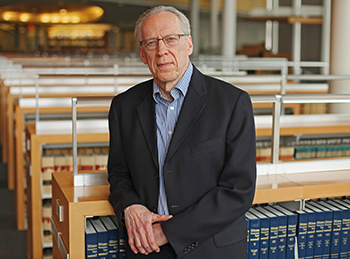 There is one group, in addition to the pollsters and pundits, that has been completely confounded and disoriented by the recent election: the Washington diplomatic corps. Imagine how they feel knowing they must send back reports to their respective capitals full of insights and analysis of the foreign policy of the Trump administration.

The diplomats should put down their bottles of antacids and relax. Their job has really become much easier. All they have to do is follow the rules of this new reality.

In the past, Washington has always been a difficult place for foreign emissaries to navigate. That was because policy was made in a marketplace. It was not a marketplace of ideas, but of interests. It was difficult to understand because it was a game anyone could play. Interested parties attempted to wield their influence to secure a result that was favorable to their clients. The side with the best lobbyist won, but the outcome was unpredictable and often contentious.

Now Washington has really become much simpler. Here are the only things that the diplomatic corps needs to keep in mind.

Rule one: Ignore the various government agencies, especially the State Department. They will all continue to beaver away and put out statements and position papers, but they no longer matter. They will be staffed by dispirited career bureaucrats overseen by clueless political appointees with no government experience. The only thing they will have in common is that they will have no impact on the policy process.

Congress will also no longer matter. The overwhelming mandate derived from coming in a distant second in the popular vote will allow the president-elect to have his way whatever it is. And congressmen are as spineless as those Republican luminaries who, a few weeks ago, were harshly critical of the man they are now sucking up to for a job. So, you can forget the checks-and-balances thing.

Rule two: Sign up for the commander in chief’s Twitter feed as that will be the source of all significant policy pronouncements. This will require monitoring Twitter on a 24/7/365 basis, but at least the graveyard shift won’t be looked at as onerous. That is when all the most important edicts will be issued. An active social media presence is also required. A presidential retweet will be worth more than a treaty.

Rule three: Have your head of state call the president-elect as soon as possible and make sure the possibility of a hotel in your capital comes up in the conversation. (Hear that, Havana?) The terms should be a 99-year lease for around a dollar a year and the suspension of all labor, environmental and zoning laws and regulations that might affect the project. And, of course, any local taxes should be waived since the president-elect is not in the habit of paying them.

Rule four: Rush the hotel to completion. As soon as it is done, move the most sensitive parts of your government into it, especially your military headquarters, secret police and your president’s office. The charges for the use of all this space will be high, but room service will be great. And the strategic location will ensure that those offices will never be subject to an American military attack.

Rule five: Move your embassy into the new hotel in the Old Post Office Pavilion in Washington for the same reasons as rule four.

Rule six: Send your youngest and most attractive female diplomats to Washington. They should devote most of their time to developing close contacts with the royal family. Wearing only clothes purchased on Ivanka Trump’s website will help that effort greatly.

Rule seven: In your analysis of American foreign policy, remember that facts, history and anything uttered during or after the election campaign are of absolutely no consequence. They are unimportant to the president-elect’s most ardent supporters and have never constrained him.

Rule eight: Finally, tell your foreign ministry to relax. It does not matter what American foreign policy is today because tomorrow it may be different — or not.

Dennis Jett is a former U.S. ambassador who served in the Foreign Service for 28 years on three continents. The author of the 2014 book “American Ambassadors: The Past, Present, and Future of America’s Diplomats,” Jett is currently a professor of international affairs at Pennsylvania State University.