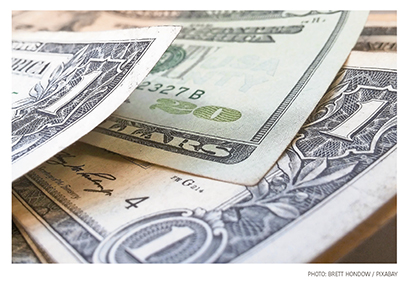 One should always be wary of simple solutions to complex problems, and universal basic income (UBI) is no exception. The fact that this answer to automation and globalization has been met with such enthusiasm indicates a breakdown not in the economic system, but in democratic politics and civic life.

Owing to the inadequacy of the social safety net in the United States and other developed countries, proposals for a UBI are gaining in popularity. The gap between the rich and everyone else has expanded significantly in recent years, and many fear that automation and globalization will widen it further.

To be sure, if the only choice is between mass impoverishment and a UBI, a UBI is preferable. Such a program would allow people to spend their money on whatever they value most. It would create a broad sense of ownership and a new constituency to shake up the system of big-money politics. Studies of conditional cash-transfer programs in developing economies have found that such policies can empower women and other marginalized groups.

But UBI is a flawed idea, not least because it would be prohibitively expensive unless accompanied by deep cuts to the rest of the safety net. In the U.S. (population: 327 million), a UBI of just $1,000 per month would cost around $4 trillion per year, which is close to the entire federal budget in 2018. Without major cost savings, U.S. federal tax revenue would have to be doubled, which would impose massive distortionary costs on the economy. And, no, a permanent UBI could not be financed with government debt or newly printed currency.

Sacrificing all other social programs for the sake of a UBI is a terrible idea. Such programs exist to address specific problems, such as the vulnerability of the elderly, children and disabled people. Imagine living in a society where children still go hungry, and where those with severe health conditions are deprived of adequate care, because all the tax revenue has gone to sending monthly checks to every citizen, millionaires and billionaires included.

Although UBI makes for a good slogan, it is a poorly designed policy. Basic economic theory implies that taxes on income are distortionary inasmuch as they discourage work and investment. Moreover, governments should avoid transfers to the same people from whom they collect revenue, but that is precisely what a UBI would do. In the U.S., for example, around three-quarters of households pay at least some federal income or payroll taxes, and an even greater share pays state taxes.

Besides, a more sensible policy is already on offer: a negative income tax, or what is sometimes called “guaranteed basic income.” Rather than giving everyone $1,000 per month, a guaranteed income program would offer transfers only to individuals whose monthly income is below $1,000, thereby coming in at a mere fraction of a UBI’s cost.

UBI advocates would argue that non-universal transfer programs are less attractive because voters will not embrace them as enthusiastically. But this criticism is unfounded. Guaranteed basic income is just as universal as national health insurance, which does not dispense monthly payments to everyone, but rather benefits anyone who has incurred medical costs. The same is true of programs that unconditionally guarantee support for basic needs, such as food for the hungry and unemployment insurance for the jobless. Such policies are widely popular in the countries that have them.

Finally, much of the enthusiasm for UBI is based on a misreading of employment trends in advanced economies. Contrary to popular belief, there is no evidence that work as we know it will disappear any time soon. Automation and globalization are indeed restructuring work, eliminating certain types of jobs and increasing inequality. But rather than build a system where a large fraction of the population receives handouts, we should be adopting measures to encourage the creation of “middle class” jobs with good pay, while strengthening our ailing social safety net. UBI does none of this. 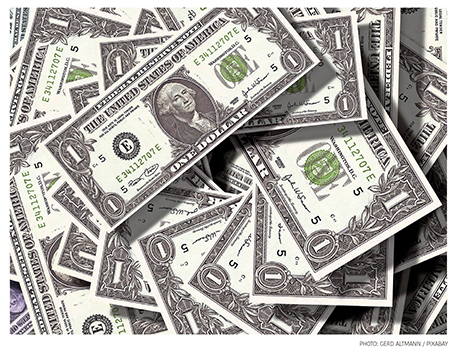 On the business side, reducing the indirect costs and payroll taxes that employers pay for hiring workers would spur job creation, also at a pittance of the cost of a UBI. With higher minimum wages to prevent employers from freeriding on workers’ tax credits, an expanded EITC and reduced payroll taxes would go a long way toward creating worthwhile jobs at all levels of the income distribution.

Equally important, these solutions leverage democratic politics. The same cannot be said for a UBI, which is parachuted from above as a way of placating the discontented masses. It neither empowers nor even consults the people it aims to help. (Do workers who have lost their middle class jobs want government transfers or an opportunity to get another job?) As such, UBI proposals have all the hallmarks of the “bread and circuses” used by the Roman and Byzantine Empires — handouts to defuse discontent and mollify the masses, rather than providing them with economic opportunities and political agency.

By contrast, the modern social welfare state that has served developed countries so well was not handed down by tycoons and politicians. It aimed to provide both social insurance and opportunities to people. And it was the result of democratic politics. Ordinary people made demands, complained, protested and got involved in policymaking, and the political system responded.

The founding document of the British welfare state, the World War II-era Beveridge Report, was as much a response to political demands as to economic hardship. It sought to protect the disadvantaged and create opportunities, while encouraging civic engagement.

Many current social problems are rooted in our neglect of the democratic process. The solution isn’t to dribble out enough crumbs to keep people at home, distracted and otherwise pacified. Rather, we need to rejuvenate democratic politics, boost civic involvement and seek collective solutions. Only with a mobilized, politically active society can we build the institutions we need for shared prosperity in the future, while protecting the most disadvantaged among us.

Daron Acemoglu, a professor of economics at MIT, is co-author (with James A. Robinson) of “Why Nations Fail: The Origins of Power, Prosperity and Poverty” and “The Narrow Corridor: States, Societies, and the Fate of Liberty” (forthcoming from Penguin Press in September 2019). © Project Syndicate