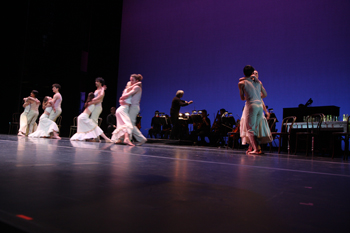 PostClassical Ensemble fuses music with dance and is marking its 10th anniversary this spring.

For any fledging arts organization, finding the audience — and funding — to endure is a perennial challenge. And it can be especially daunting for groups trying to challenge convention, as PostClassical Ensemble does with its brand of “experimental musical laboratory.”

But this spring, PostClassical celebrates 10 years of defying both convention and expectation to not only survive, but thrive in Washington’s competitive artistic arena.

Founded by Angel Gil-Ordóñez and Joseph Horowitz, PostClassical is marking the decade milestone with a series of events on the Mexican Revolution, featuring the group’s signature blend of thematic, cross-disciplinary programming that intertwines music with dance, discussion, theater and film.

The Mexican Revolution program was made possible in part by a $200,000, three-year grant from the Andrew W. Mellon Foundation to support the ensemble’s ongoing partnerships with Strathmore, Georgetown University and the National Gallery of Art — proof of PostClassical’s staying power. (Altos Hornos de México, one of Mexico’s largest steel and mining companies, also supported the endeavor with a gift of $100,000 toward the production of a DVD recording.)

“I feel a mission that the concert experience should be broader than just a musical experience,” Gil-Ordóñez said. “Classical music is so romantic.” 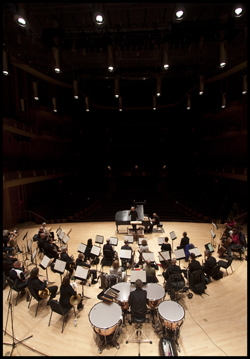 Gil-Ordóñez, music director of the ensemble, is also an adjunct professor and music director at Georgetown University. A student of Romanian conductor and composer Sergiu Celibidache, he also served as associate conductor of the National Symphony Orchestra of Spain and has performed in concert halls throughout the world.

Joseph Horowitz, PostClassical’s executive director, is an author and former New York Times music critic who has created more than three dozen interdisciplinary music festivals since 1985. He co-founded the ensemble in part because he believed that classical music needed to reinvent itself and rethink the way it was presented in live performance.

“I actually think music can exert a moral force,” Horowitz said. “It’s not as popular of an opinion as it used to be, but I think music can improve people’s lives and make us more humane.”

It can also be an immersive learning experience, which PostClassical aims to do by offering a holistic examination of a particular composer, country or culture, from Indonesian gamelan music to Spanish flamenco (also see “PostClassical Delves Into Shostakovich’s Soviet Conflicts” in the October 2012 issue of The Washington Diplomat and “PostClassical Reignites Stravinsky’s Comprehensive Composition” in the April 2011 issue).

The group eschews standard repertoire and complements its musical performances with discussions, cinema and other artistic elements. To that end, the Mexican Revolution program features a book club (April 5), conference (April 11), multimedia presentation (May 7), concert with cinematography (May 10) and gala dinner (May 8). The events will give attendees a glimpse into how Mexican revolutionaries such as composer Silvestre Revueltas and painters Frida Kahlo and Diego Rivera became agents of social and political change — and inspired Americans such as Aaron Copland, Paul Strand and John Steinbeck.

The centerpiece will be on May 10 at the University of Maryland’s Clarice Smith Performing Arts Center, where Eugenia León will perform songs from the Mexican Revolution. León, an iconic singer, has recorded more than 20 albums. The concert will incorporate the 1936 Mexican film “Redes” with Silvestre Revueltas’ searing score performed live by a 50-piece orchestra and unforgettable cinematography by Paul Strand. (The orchestra is part of a core group of musicians that the ensemble regularly uses.)

“The film is a very socially charged film about fishermen in Mexico that are fighting against the owners of the companies and boats because they are exploited,” Gil-Ordóñez explained. “Like D.C., it is very politically charged; Mexico at the time attracted artists and intellectuals throughout the world as a place of social and political change.” 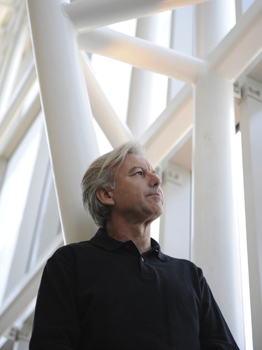 Horowitz noted that there are large sections of the film that have no dialogue.

“Strand, who did the cinematography, was a pioneering figure,” Horowitz said. “This is not a film the way Hollywood makes them where you finish the movie and then ask the composer to direct the music. The composer was an essential part of this movie from the moment it was born.”

“I feel this music deserves to be put into a concert,” Gil-Ordóñez added. “The composer is just fantastic.”

In addition to the concert, a multimedia presentation on “Revueltas and Mexican Identity” with scholar Roberto Kolb will be held at the Mexican Cultural Institute on May 7 and a black-tie gala dinner celebrating PostClassical’s 10th anniversary will be hosted by Mexican Ambassador Eduardo Medina Mora Icaza on May 8.

D.C. is a great city to hold an immersive experience such as this, Gil-Ordóñez said. “I mean first of all, the city has changed — it’s changed enormously in the past 10 years,” he said. “PostClassical Ensemble has continued to attract an audience in a city that’s eager to experience classical music in new ways.”

Gil-Ordóñez added that Washington has become a hub of ambitious, thought-provoking artistic offerings. “D.C. is becoming a destination for creative artists and intellectuals. It’s an international destination and also growing immensely in activity and culture offered,” he said.

For those already wondering what’s next, Horowitz said the group plans to focus on Austrian composer Gustav Mahler next year.