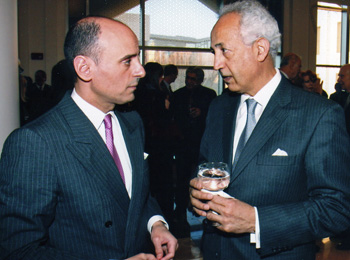 The early October bombshell that U.S. authorities had exposed a plot to assassinate Saudi Ambassador Adel al-Jubeir in Washington, D.C., provoked shock, skepticism, outrage and bewilderment throughout the world. Not only were elements of Iran’s government behind the alleged assassination plot, U.S. officials claimed, but, if successful, it would have represented the highest-level killing of a diplomat in Washington in recent history — if not ever.

Iran, and specifically the elite Quds Force fingered in the foiled plot, has been linked to violence and terrorist acts around the world — mostly by supporting insurgents and proxy groups such as Hezbollah — but never to attacks on U.S. soil, which could be considered an act of war. An additional cloak-and-dagger element in the bizarre mystery is Iran’s accusations that Israel, backed by the United States, has orchestrated the killing of several of its top nuclear scientists in recent years (including the near-death of one scientist who escaped a car bombing) in a covert campaign to sabotage Tehran’s nuclear program, fueling suspicions that the Saudi plot may have been retribution for those assassinations.

Ambassador of Saudi Arabia Adel al-Jubeir, left, talks with Iraqi Ambassador Samir Sumaida’ie at a Pakistani National Day reception in Washington. Last month, U.S. authorities alleged that Iran was behind a murder-for-hire plot to kill al-Jubeir, reportedly while he dined at his favorite D.C. restaurant.

But there are still plenty more questions than answers when it comes to the bafflingly clumsy plot, whose details are as salacious as they are strange — a divorced used car salesman tries to hire a member of the Mexican drug cartel to kill a top advisor to the Saudi king while he dined in his favorite D.C. restaurant. And to carry out this unprecedented hit, the highly disciplined, shadowy Quds Force relies on a criminal mastermind who manages to be talking to an American informant the whole time, while wiretapping huge sums of easily traceable money? It all sounds more like a Tom Clancy thriller novel, though it will have major real-life repercussions for Iran, Saudi Arabia and the United States.

But for the tens of thousands of foreign diplomats who work their way through the hundreds of missions in the U.S. capital, diplomacy is a far more mundane affair; only a tiny minority has ever been the target of political violence or acts of terrorism. All told, diplomats serving in D.C. are much more likely to be victims of common crime (in 2010, Colombia’s ambassador had her residence burglarized) or traffic incidents than they are to be killed for political reasons.

It has happened, though.

In the early morning hours of July 1, 1973, Col. Yosef Alon, the 43-year-old air and naval attaché to the Israeli Embassy, was shot five times in front of his home on a quiet street in suburban Bethesda, Maryland. The killing, which took place as Alon and his wife returned from a colleague’s party, shocked the diplomatic community — according to the Washington Post, Nicaragua’s ambassador to the United States, who had served in the city for 30 years, said, “I recall nothing like this in the past.”

Though no one person or group claimed responsibility, officials in Washington and Israel assumed that Arab terrorist groups targeted Alon due to his role as a fighter pilot in the 1967 Arab-Israeli War. At a brief memorial service at Andrews Air Force Base, Israeli Ambassador Simcha Dinitz said, “The hands of those who tried to kill him in the air reached him here.”

But in a twist worthy of the Cold War tensions of the time, Alon’s widow Dvora eventually came to be convinced that he had been killed because he wasn’t just an attaché, but also an agent of the Mossad, Israel’s intelligence agency (others have also speculated that Alon was an intelligence officer whose covert work endangered his life). Though the claim was contested, Alon’s daughters continued fighting to uncover the truth about their father and his death.

In April 2011, Fred Burton, a former U.S. State Department diplomatic security official and neighbor of Alon’s at the time of the killing, published a book on the case. In “Chasing Shadows: A Special Agent’s Lifelong Hunt to Bring a Cold War Assassin to Justice,” he concluded that the killing was likely carried out by Black September, a Palestinian paramilitary group that killed 11 Israeli athletes at the 1972 Munich Olympics.

Three years later after Alon’s death, on Sept. 21, 1976, former Chilean Ambassador to the U.S. Orlando Letelier was killed in what became one of the most infamous acts of targeted violence in Washington, D.C. At 9:35 a.m., a plastic explosive detonated under the seat of the car he was driving, killing him and an assistant, 25-year-old Ronni Moffitt. Her husband managed to survive.

Letelier’s killing was quickly linked to a campaign of violence against dissidents by the regime of Augusto Pinochet, who had overthrown President Salvador Allende in 1973. In 1975, the FBI warned two other prominent Chileans, including another former ambassador to the U.S., that they might be at risk. Letelier, who was outspoken in his opposition to Pinochet, had his citizenship revoked by the Chilean regime only weeks before he was killed.

Three men were eventually tried and convicted of killing Letelier and Moffitt, one U.S.-born and the other two Chilean. All three had links to Chile’s intelligence agency, and the assassination was later tied to a broader campaign against dissidents outside of Chile’s borders.

To this day, a modest memorial to Letelier and Moffitt stands at the location in Sheridan Circle in D.C. — in the heart of the city’s Embassy Row — where they were killed.

One of the most recent politically motivated attacks on a diplomat in Washington, D.C., took place on June 3, 1980. In the morning hours, the Crestwood home of Yugoslav chargé d’affaires Vladimir Sindjelic was bombed, resulting in significant damages but no deaths.

“Through the smoke, [Sindjelic and his wife] assessed the damage: Antique wood furniture had been snapped like twigs, the front door was bent off its frame and two layers of brick beneath the picture window had been blown apart. Virtually every window in the house was broken, several lamps, a silver service and a valuable Indonesian Batik painting had been destroyed,” reported the Washington Post of the bombing.

The attack was eventually linked to a Croatian nationalist group upset with President Jimmy Carter’s planned visit to Yugoslavia. The bombing wasn’t the first time a Yugoslav diplomat had been targeted, though — in 1967, the embassy in Washington was similarly bombed.

Other such attacks have struck at a number of embassies, in fact. In 1970, the Portuguese Embassy was bombed by the Revolutionary Action Party, a group that opposed American support for South Africa’s apartheid regime. In 1971, the Jewish Defense League set fire to three cars owned by the Soviet Embassy, while in 1973 a letter bomb went off at the British Embassy, causing a secretary to the military attaché to lose a hand. (The Irish Republican Army claimed responsibility for that attack.) In 1975, anti-Castro extremists attacked the Costa Rican Embassy.

In 1981, a man was shot and wounded during the occupation of the Iranian Embassy by anti-Khomeini forces, and a group known as the Black Brigades claimed responsibility for setting a fire at the Liberian Embassy. In 1983, the Embassy of the Philippines was firebombed.

Probably the country that has suffered most from attacks on its diplomats is Turkey. According to the Assembly of Turkish American Associations, Turkish diplomats have been the victims of up to 27 attacks worldwide by Armenian terrorists. Five of those have been in the United States, three in California alone — one in 1973, and two in 1982.

Despite the fact that none took place in Washington, D.C., to this day the Turkish ambassador’s residence off Sheridan Circle enjoys round-the-clock protection from the U.S. Secret Service.