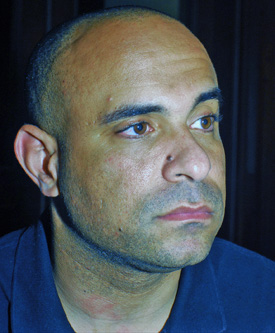 PORT-AU-PRINCE — Laurent Lamothe, 39, is Haiti’s foreign minister. A championship tennis player who represented his country at the Davis Cup in 1994 and 1995, Lamothe earned degrees from two Miami institutions — a bachelor’s in political science from Barry University and an MBA from the University of St. Thomas. He went on to co-found Global Voice Group, a telecommunications firm whose rapid growth in emerging markets earned him a 2008 nomination as “Entrepreneur of the Year” from Ernst & Young.

Last September, Lamothe and former President Bill Clinton were selected to co-chair Haiti’s Presidential Advisory Council on Economic Growth and Investment. In October, he was appointed to his current position by President Michel Martelly.

Lamothe spoke to The Washington Diplomat on the sidelines of a Haiti investment conference in Port-au-Prince organized by the Inter-American Development Bank. Here are excerpts from our Nov. 29 interview:

Q: What distinguishes the Martelly government from those of its predecessors?

A: “The governments of the past identified problems. We try to find solutions. This is the main difference. This administration is younger and more positive about the country. We have a can-do attitude. Past Haitian governments didn’t have a business-minded approach. In the two and a half months since this [presidential advisory] council was established, we’ve already received four major international investors.

Q: What are you specifically doing to attract foreign investment?

A: “This is a work in progress. We are introducing new laws in parliament that will make it easier to open a company, reducing the number of steps from 13 to two. For a long time, Haiti has been a closed country because of political and social instability. It took five months and three tries to form a government. Finally, we have a new prime minister [Garry Conille] who’s an expert in international development, and a legitimate government with a philosophy of attracting private business to create sustainable development.”

Q: Jan. 12 marks the second anniversary of the 7.0-magnitude earthquake that destroyed Port-au-Prince. Since then, what has the Interim Haiti Reconstruction Commission accomplished, and what is the future of this commission?

A: “The reconstruction commission was and is still on our agenda to be renewed. The president has asked for a 12-month extension. There have been some delays, but we’re confident. Haiti has enormous tourism opportunities. The government has developed a plan that focuses on two key areas: our virgin coastline in the north, and the southern coast including Jacmel. The opportunities are there for investors to come. And the will is there from the government. And this meeting in Port-au-Prince is a wonderful platform to showcase what we have to offer the world.”

Q: What sectors of the economy will you be focusing on?

A: “Our goal is to create sustainable jobs, and we feel the apparel industry is the quickest sector for creating those jobs. We’re starting with 20,000 jobs in the northern industrial park, but we’re not limiting ourselves to the apparel sector. Every sector is a priority for us. The earthquake caused over $6 billion in destruction. That creates opportunities. The word ‘impossible’ doesn’t exist for us.”

Q: How would you describe relations between the United States and Haiti?

A: “We feel that relationship is at its best moment ever. It’s more of a true, genuine partnership right now. The Obama administration really cares for Haiti. They showed that during the earthquake and after the earthquake, and they show it every day. We’ve gotten significant assistance from the State Department on different aspects including the training of our police officers and the industrial park, in security matters, and in the energy sector.”

Q: Haiti has been without an ambassador in Washington for several months. When do you expect to fill that position?

A: “We’ve already selected a candidate, but there’s a process of 60 to 90 days before we get all the approvals. By the beginning of February, you will know who he is.”

Q: Last month, President Martelly flew to Havana and met with Raúl Castro. What is the nature of Haiti’s ties with the Castro government?

A: “We have a very good relationship with Cuba. The Cubans were especially good to us after the earthquake, and after the cholera outbreak. Cuban doctors have made 4 million consultations and have treated 76,000 cases of cholera. They are present in most of the rural clinics. Cuba is helping us, along with Venezuela, to fix the airport in Cap-Haïtien, and there’s a tripartite agreement with Cuba and Venezuela to provide energy. We’re also working with Cuba in the education sector, where they’re teaching 250,000 illiterate people to learn the basics, especially in the merchant sector. Some of our merchants don’t know how to read and write.”

Q: Haiti shares the island of Hispaniola with the Dominican Republic, and there’s a long history of tension and hostility between your two countries. How do relations with Santo Domingo stand at the moment?

A: “There are some points of interest we want to resolve. The treatment of Haitians is one of those issues. President [Leonel] Fernández has helped us on numerous occasions, but in order to better defend the interests of the Haitian people, it’s important to have good relations with the leaders of the Dominican Republic.”

Q: Many Haitians are unhappy with the presence of thousands of United Nations peacekeepers under the Minustah banner, yet does it make sense for Haiti to have its own army, as President Martelly has proposed?

A: “Minustah has an annual mandate that expires every year. In order to create long-term stability, you need to have a force that can replace Minustah when their term ends. Businessmen want to feel secure, and their physical buildings need to be secure. In order for them to feel safe, you must have the manpower to safeguard them. Nobody will invest in this country if they cannot drive down the street. We want to keep the Haitian people safe against all types of destabilizing factors. We are working to find the right formula to have a force in place when Minustah leaves.

“The crime rate has gone down, so have the number of violent attacks. Gang members have been disarmed, so the general security situation has greatly improved. We want it to improve even more. That’s why we want to strengthen the police force, increase the number of police officers on the streets, and increase the amount of information coming to the police.”

Q: How long do you expect the United Nations to remain in Haiti?

A: “As long as they’re needed to keep the country safe.”