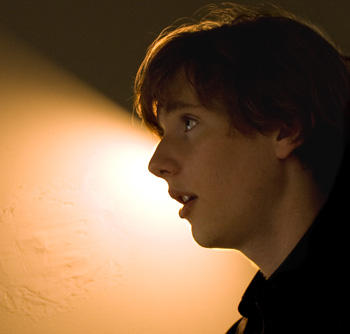 A “very bored” Joseph Hughes, now 19, started writing his fantasy novel about “daemons, elves and knightly realms” in his Dallas sixth-grade English class. But it wasn’t for an assignment. “I got in trouble,” he said of his writings.

Then he was on his way through three very good private schools, refusing to kill insects for a biology project because he thought it was wrong, and falling asleep in class.

Things only got worse. “I’m good at math. I could do it all in my head and get the right answers, but I couldn’t explain how I did that, so I’d get a zero. I had all zeroes,” he recalled.

His mother, Holly Hughes, asked for a tutor. Joseph left the classroom, took all the necessary tests, and received an A in the class. But he still dropped out.

“School was a horrific experience,” Joseph said. His mother agrees. “All focus was upon figuring out what was ‘wrong’ with him,” she said. “No one ever considered that being so bright was the problem, or at least a major component of it.”

When a friend opined that her son was highly gifted, Holly started connecting with organizations such as Supporting Emotional Needs of the Gifted (SENG), the Gifted Development Center in Colorado, and Canada’s Daimon Institute for the Highly Gifted. Joseph was formally identified as gifted, meeting other teens like himself. He eventually earned his GED (an alternative high school diploma), entered college, and in 2009 published his young-adult fantasy novel “Armorica.” 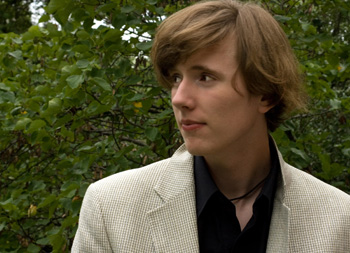 “The world I lived in,” Holly explained, “the schools and the professionals, did not recognize the characteristics of giftedness such as asynchrony [uneven development] and extreme intensity and loneliness and outsize imagination and oversize sense of justice.” Rather, she said, it recognized disorders such as dyslexia or attention deficit hyperactivity disorder. “And if someone was smart and didn’t perform to match, well, it must be something lacking in them. Giftedness was recognized by achievement.”

Savannah Schilling, who lives near Denver, had similar issues though she was never a “troublemaker” like Joseph Hughes. In fact, according to Barbara Gilman of the Gifted Development Center, who tested Schilling, her quiet demeanor hid the frustration she felt in early classes at a public school.

Savannah’s parents began vigorously advocating for acceleration when their daughter — who began reading at age 3 — hit the fourth grade. Her teachers resisted, saying she “showed no signs of needing advanced work,” Gilman said.

But her Wechsler IQ test scores and other achievement tests told a different story, and the parental persuasion finally convinced school staff. Savannah took Algebra I in the sixth grade and a high school biology course at age 10. She had a circle of friends, and she began to flourish.

“It wasn’t easy,” she said. “The teachers didn’t see me as being gifted because I made errors in arithmetic. I understood the abstract, high-level math but on the easy stuff, like times tables, I made mistakes.”

Savannah, 16, is now in a public school that permits “dual enrollment,” so she’s combining high school with college coursework. She spoke happily of her academics, but added that, initially, “a major issue was the social thing,” which she weathered with support from her parents. “The important thing is to be challenged so you avoid depression and getting into trouble,” she said.

Savannah and Joseph’s experiences aren’t uncommon, according to Amy Price, executive director of SENG. In both public and private schools, “teachers may miss the gifted kids who are quiet or disengaged, the underachievers, the wiggly-jiggly ones who don’t go by the rules. And school responses can be punishing.”

So how can you tell if a child’s problems are masking their true capabilities? First off, it’s important to recognize that there are many ways to be “gifted.” Ever since Harvard psychologist Howard Gardner developed the notion of “multiple intelligences” in the 1980s, ideas about IQ and testing for it have become increasingly sophisticated.

Abilities can be verbal or logical, musical, mathematical, spatial or athletic. They can involve people skills or concerns about ethics. Gifted people may possess a mix of high abilities or stand out in only one area. Such children are notorious for uneven development, and brilliance can often hide behind low achievement if a child has disabilities, dislikes school or is hiding intelligence.

Many schools now recognize this phenomenon. “We place children according to how they take in new information,” said Emily Legum of the Key School, a private coed institution in Annapolis, Md. Likewise, test scores are only one point of reference at the Barrie School in Silver Spring, Md., while Mary Baldwin College in Virginia admits gifted high school students but doesn’t require IQ tests. (All three are listed by the Davidson Institute for Talent Development, which offers information and resources for gifted students at www.davidsongifted.org.)

This doesn’t mean though that IQ testing doesn’t matter, says Gilman, a nationally recognized expert on gifted development. IQ tests evaluate, among many other things, abstract reasoning ability, the “hallmark of giftedness,” Gilman said, and they are a good way to figure out a child’s needs and support a parent’s advocacy efforts.

Giftedness has traditionally been tied to an IQ score of 130 or higher on a Wechsler or Stanford-Binet intelligence test. “Highly gifted” scores land in the upper 140s to 160. But each test has its own limits and strengths, Gilman cautioned. Some may not measure higher IQs, above 170, say. And different tests can produce different scores for the same person. If a child is thought to be gifted, Gilman recommends private testing by an experienced psychologist.

While almost everyone is familiar with IQ tests, even the most savvy may miss gifted “wiring” — characteristics such as intense or sensitive demeanors, or a craving for complexity, traits that can create conflict in the wrong school. So when a gifted child gets standard schooling without recognition of their skills, experts emphasize that the children become awash in knowledge they already know and their drive to learn can be thwarted.

In fact, according to one estimate, a third of all school dropouts in the United States are gifted.

What can parents do to prevent their child from slipping through the cracks? “Parents have to become the managers of their gifted kids’ education, not in the sense of hovering but in monitoring it year by year,” Gilman said.

According to SENG, they should learn all they can about giftedness, find a community of parents or advocates, and oftentimes overcome their own discomfort with the idea of giftedness.

Next, if needed, become an advocate. Parents don’t need to find a “perfect” school for their child, Gilman said, but they do need a “reasonably good one” that’s tuned into gifted habits. That means finding a school that is flexible — and teachers who genuinely like gifted kids.

For example, see if teachers are curious and compassionate about your child’s needs and full of ideas about working with them. If you hear more about their own programs than questions about your child, or vague statements about how “all our students are gifted,” you may be in the wrong setting.

The Washington area has an abundance of good private schools, many of them profiled in the pages of The Washington Diplomat, as well as public school programs for the gifted. Public schools in Montgomery County in Maryland and Virginia’s Fairfax County in fact are nationally recognized and among the best in the United States.

In Virginia for instance, Mary Baldwin College’s Program for the Exceptionally Gifted (PEG) is a boarding school that provides a college education to highly gifted girls as young as 12. It also provides a dorm with round-the-clock staff support for these younger early-entrance students.

PEG Director Stephanie Ferguson said that many parents she encounters “have tried everything.” Like Holly Hughes, they suffer when they see their child’s “spark of excitement about learning going out.” Conversely, Ferguson says one of the benefits of running a program like PEG — and finding the right school fit for a child in general — is “seeing that spark come back.”

For more information on the subject, also see “The Myths of Gifts: Experts Warn of Downsides to Being Above-Average” in the October 2009 Education Section of The Washington Diplomat.