Judy Perkins was 49 and battling breast cancer that had spread, but chemotherapy and hormone treatments had failed to rein in her disease. So, her doctors tried a highly sophisticated but experimental, immunotherapy.

It worked beyond their wildest expectations: Her body was cleared of all signs of cancer. And the research team that tried the cutting-edge treatment hopes the case will herald a major breakthrough in cancer treatment.

The immunotherapy was tailored to the particular genetic mutations of Perkins’s tumor. In the end, the medical team identified 197 mutations. Of those, 196 were characterized as “unique” to Perkins.

The researchers then deployed a relatively novel intervention called adoptive cell transfer (ACT). Immunotherapy is a type of cancer treatment that boosts the body’s natural defenses to fight cancer. It uses substances made by the body or in a laboratory to improve or restore immune system function. ACT is a specific type of immunotherapy that essentially enlists and enhances a patient’s own immune system by activating an army of T-cells to launch a highly targeted attack on those cancerous mutations.

The result: Perkins remains cancer-free more than two years after her treatment ended. 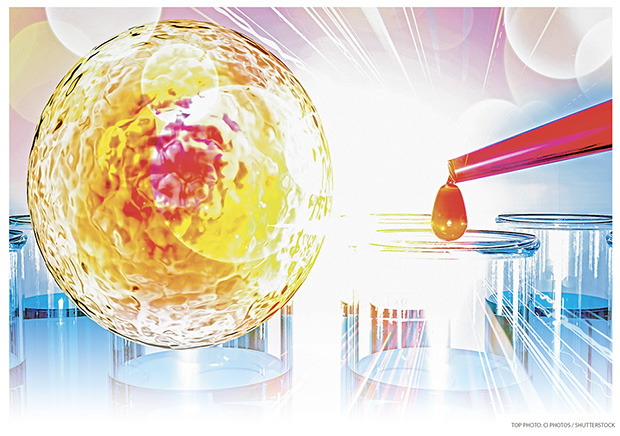 When Perkins, a retired engineer from Port St. Lucie, Fla., was first diagnosed and treated for breast cancer in 2003, she thought she’d beaten it, according to NPR.

“I thought I was done with it,” she told the radio network. But she felt a new lump almost 10 years later, and her physicians discovered the cancer had spread throughout her chest.

“I became a metastatic cancer patient,” Perkins said. “That was hard.”

And although the treatment was grueling, Perkins is grateful.

“I’m one of the lucky ones,” Perkins said. “We got the right T-cells in the right place at the right time. And they went in and ate up all my cancer. And I’m cured. It’s freaking unreal.”

Her doctors are just as thrilled.

“The message in this paper is twofold,” explained study author Dr. Steven Rosenberg, chief of the surgery branch at the U.S. National Cancer Institute’s Center for Cancer Research.

“One, that it is now clear that for multiple cancer types that are [resistant] to all known chemotherapies and immunotherapies, attacking the unique mutations in a patient’s cancer can result in dramatic durable cancer regressions,” he said. 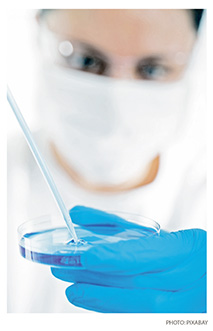 The second message, he added, is that “we need a new paradigm for cancer therapy.”

By that, Rosenberg said he means that “highly personalized treatments are likely to be necessary if we are to make progress in treating common cancers.”

The researchers emphasized that while Perkins’s case revolved around breast cancer, the basis for treatment centered on mutation identification, rather than on cancer type. And that likely means there’s every reason to believe that her case can serve as a template for tackling a wide array of other cancers that have also proven impervious to standard treatments.

Rosenberg goes so far as to suggest that “the development of this approach holds the best opportunities for finding effective immunotherapies for patients with the solid cancers that last year caused over 500,000 deaths in this country.”

The research team noted that ACT has actually already been used to treat melanoma.

However, while melanoma typically gives rise to a lot of cell abnormalities, that’s not the case with the sort of cancers that first take root in the lining of organs. Such so-called “epithelial cancers” include stomach, esophageal and ovarian cancer, as well as breast cancer, all of which are solid cancers with relatively low levels of mutations.

In this latest case, published June 4 in the journal Nature Medicine, Perkins’s team was able to sift through her immune system to find those T-cells best equipped to wage war on her disease.

Those T-cells were then extracted, multiplied exponentially in a lab setting, and put back into Perkins to supercharge the desired immune response.

Besides demonstrating an ability to eliminate breast cancer, Rosenberg and his team already have additional preliminary results suggesting that the technique is similarly effective against both liver cancer and colon cancer.

“The complexity of the treatment scares away many oncologists who think that this is not practical,” acknowledged Rosenberg. But he suggested the ACT approach is exactly the “drastic change [that] is needed if we are to make substantial progress in curing patients with cancer.”