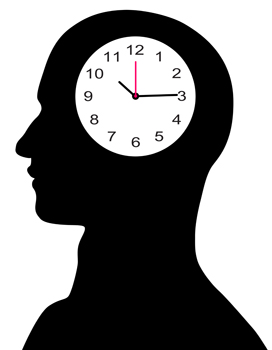 When I became pregnant with my son at the apparently decrepit age of 40, there was a note in my chart: “AMA.” It didn’t refer to the American Medical Association, or suggest that I was checking out of the hospital “against medical advice.” Nope, it referred to my “advanced maternal age.”

As unflattering as that term was, it still represented a massive improvement over the way the medical profession used to refer to over-35 pregnant women. If I had been pregnant for the first time in the mid-1970s instead of the 2000s, I would have been called — wait for it — an “elderly primigravida.”

“The elderly primigravida has always evoked a feeling of dread and foreboding in the careful obstetrician,” wrote a Minnesota ob-gyn in an article that appeared in Obstetrics & Gynecology in 1956.

But what about “elderly” fathers — men of “advanced paternal age?” You’re not likely to see the abbreviation “APA” in a pregnant woman’s chart any time soon. And yet, we’re learning more and more about the ways in which the age of a baby’s father at the time of conception can also affect pregnancy outcomes as well as long-term health risks for the child.

While female fertility declines sharply after age 35, and even more steeply past 40, it’s long been thought that male fertility is not nearly as affected by age. The oldest man to ever father a child was apparently 96-year-old Ramjeet Raghav, who apparently fathered a son in 2012 with his then 54-year-old wife. World records aside, it’s not uncommon to see older men fathering children with younger women. Actor Tony Randall had two children in his 70s; Strom Thurmond, Luciano Pavarotti and Rupert Murdoch all fathered children after age 65. Heck, my next-door neighbor had two kids with his second wife when he was in his mid-60s.

But that doesn’t mean that men have no biological clock at all. The American Society for Reproductive Medicine puts an upper limit of 40 on sperm donors, and medical research suggests that’s for a good reason: In 2013, a review of the literature published in the Journal of Andrology found that pregnancies are more likely to end in miscarriage or stillbirth when the father is over age 40. One large study of about 90,000 pregnancies found that the older the father is, the more likely a pregnant woman is to miscarry.

Women are born with all the eggs we’ll ever have, while men are constantly making new sperm. But both women’s eggs and male sperm deteriorate in quality with increasing age. There are some controllable environmental factors involved — smoking, recreational drug use and steroid use can all adversely affect sperm quality — but as with eggs, the main reason for declining sperm quality is simply the passage of time.

In some ways, the renewable resource that is male sperm actually poses more of a problem for future children than do the limited number of eggs a woman has. Every time a man produces a new batch of sperm, the cell divisions involved have the possibility of introducing small but potentially significant genetic mistakes — known as de novo mutations — into the code that would be used to create a new life if that sperm combined with an egg.

So although the quality of her eggs may decline with age, the number of de novo mutations a woman passes on remains the same, because she’s not creating new eggs. Since male sperm-producing cells are constantly dividing, their de novo mutations are also increasing with time.

That can have an impact beyond the pregnancy itself. Studies have found that babies of older fathers are at higher risk for chromosomal disorders, particularly certain rare conditions including Pfeiffer syndrome, Crouzon syndrome, Apert syndrome and forms of dwarfism. Recent research also indicates that Down syndrome may be more common among children of older fathers, particularly when the mother is also of “advanced” age.

And a large study published in February in JAMA Psychiatry seems to confirm previous findings that advanced paternal age also puts children at risk for psychiatric disorders later in life, including bipolar disorder, psychosis, substance abuse problems and suicide attempts, as well as increasingly common conditions such as autism and attention deficit disorder.

For example, children born to fathers who were 45 years of age and older had an almost 25-fold increased risk for bipolar disorder and a 13-fold increase for an attention deficit disorder, compared with those born to fathers ages 20 to 24, even after all factors shared by siblings were considered.

The size of the study — more than 2.6 million children born in Sweden between 1973 and 2001 — combined with the fact that the authors ruled out genetic and environmental factors shared by siblings make the findings particularly compelling.

This and other studies have also found that the risk of psychiatric disorders for kids of older dads isn’t static — it increases the older the fathers get. A 2012 paper found that the risk of autism and schizophrenia doubles with every 16.5 years of paternal age. There have also been links suggested between older fathers and attention deficit disorder, cleft lip and palate, and small decreases in IQ levels.

So what’s the take-home on this? Well, the fact that I was “AMA” and “high risk” for everything from miscarriage to preterm delivery to chromosomal anomalies didn’t deter me from having my son at age 40, or my daughter at 43. (None of the dire outcomes I was at increased risk for came to pass.) These studies will probably also not deter older men from becoming fathers if they deeply want to. But it certainly changes the conversation.

For at least a decade if not longer, women have been advised to think seriously about whether we really want to delay childbearing until after we’ve built our careers. We’ve considered single motherhood if we’ve reached “a certain age” with no potential husband and father in the picture. And as technology has advanced, we’ve had conversations with our doctors and our girlfriends about egg freezing.

Well, now it turns out that guys need to be having these conversations and considering these questions too. Welcome to the biological clock club, gentlemen!