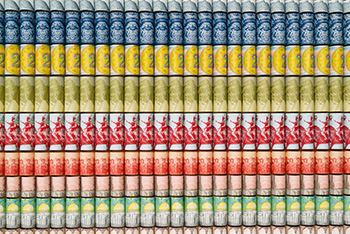 Colombian artist Santiago Montoya manipulates paper currency in works such as “Latitude III” in a playful yet provocative commentary on the meaning of money.

An exhibit at the Art Museum of the Americas explores a relationship that many find too taboo or intimate to speak about in polite conversation: money.

In “The Great Swindle: Works by Santiago Montoya,” the Colombian artist transforms paper currency into an artistic canvas to probe our complicated, fraught relationships with the financial systems that define our lives and keep our countries running.

“Money is a universal language, and it is an abstraction of many things of our daily life — financial transactions, expectations and dreams and politics,” said Montoya. “I have never found money [to be taboo], but it certainly is for most people. Money and religion have a very strong historical connection, so it isn’t a surprise that people perceive both to be under the same ‘divine’ light.”

The seemingly Godlike power money wields certainly makes the world go round, whether in the U.S., China, Argentina or Zimbabwe. Montoya’s works examine the singular yet universal aspirations of different nations to accumulate wealth and prosperity, while laying bare the shaky foundations on which this prosperity is often built. Money, after all, can be both a blessing and a curse, worshipped by many but also demonized when it’s mismanaged and destroys livelihoods — a painful lesson most people and governments have been forced to learn at one time or another.

But “The Great Swindle” is not just about the perils of money. The project, which Montoya has been working on for the last 10 years, first attracted notice when it debuted at London’s Halcyon Gallery. It weaves together a mesmerizing tapestry of banknotes — from Indian rupees to North Korean won to American dollars — in a playful yet provocative commentary on the meaning of money. 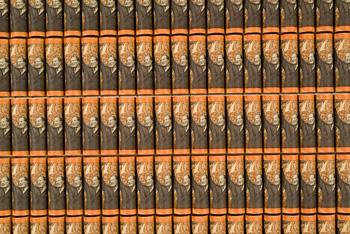 “I am the people”

Montoya manipulates the physical material of paper notes and uses repetitive patterns to offer a snapshot of a nation’s history and ambitions. For example, he reveals how governments use iconography and idealism to infuse their currencies with political propaganda, from model planes and boats inspired by communist China’s food coupons of the 1950s and 1960s to portraits of fallen dictators.

While the banknotes are specific to individual governments, they also evoke the interdependent ties that undergird a global economy, binding countries together while also fueling competition between them. On the one hand, similar symbols crop up among the different banknotes (stars, for example, are a common theme, as are national heroes); on the other hand, Montoya hints at the East-West rivalry for global financial dominance.

Curated by José Luis Falconi, the display is part of a temporary exhibits program that showcases modern artists belonging to the member countries of the Organization of American States. The Art Museum of the Americas has accepted Montoya’s “One Man Many People” into its permanent collection. The piece, which consists of paper money on stainless steel, explores themes such as democracy, political violence and human rights. 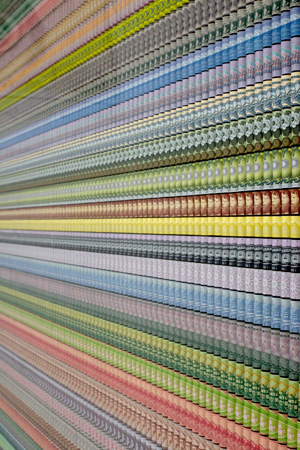 Montoya, who incorporates traditional painting, found objects and video documentary into his work, said he knew he wanted to be an artist from a young age. “There wasn’t much to be decided really. Art to me offered the possibility to seek freedom,” he told us.

Now, he wants to pass that sense of freedom to his audience — without dictating how they should feel about his work.

“Fundamentally, questions of value in art and life in general became a personal concern,” Montoya said, noting that his work “is not an abstraction of a sermon.”

“I don’t do art to tell others what I think about one thing or the other. Of course there is always comment, but I like my work to lay out a starting point for a dialogue between the viewer and the work.”

In the end, to Montoya, the true meaning of the piece is realized within the viewer, not the other way around.

As far as what’s next, Montoya said he is experimenting with the idea of letting people play with money.

Kate Oczypok (@OczyKate) is a contributing writer for The Washington Diplomat. Anna Gawel is the managing editor.