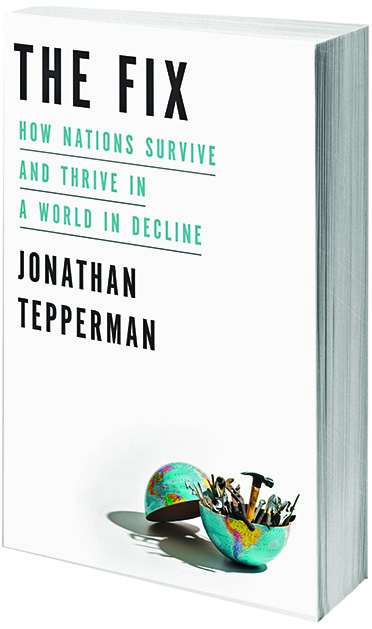 In “The Fix: How Nations Survive and Thrive in a World in Decline,” author Jonathan Tepperman tells the good news stories that rarely get reported in a world of bad news.

The book identifies 10 seemingly intractable problems that are affecting many — if not most — states, such as immigration, income inequality, corruption and Islamic extremism, but challenges the status quo by offering potential templates for solutions. By looking at these issues through case studies of countries that faced these problems and found solutions, “The Fix” seeks to show that solutions, if unconventional, do exist.

Not only do solutions exist, Tepperman argues, but they have been tried — and proven — to work.

“I wrote the book because of an intuition and a frustration,” Tepperman told The Diplomat in an email. “The intuition was that things are not as bad as almost universally portrayed by the news media, by populist politicians and others. And the frustration was with those politicians but especially with my own field — journalism. Far too often, we in the media focus on the bad news.”

Tepperman is the managing editor of Foreign Affairs magazine. After beginning his career as a speechwriter at the U.N. in Geneva, Tepperman reported for the Jerusalem Post, New York Times, Washington Post, Wall Street Journal and Newsweek International.

But it’s not just his own field that Tepperman wanted to challenge with this book.

“Even the literature of international relations spends too much time diagnosing problems and not enough time looking for answers,” he said.

To find these answers, Tepperman returned to his reporting roots, digging into data and traveling the globe to conduct more than 100 interviews. Tepperman interviewed current and former heads of state, including former Brazilian President Luiz Inácio Lula da Silva and current Rwandan President Paul Kagame, as well as numerous experts responsible for the solutions he describes in the book.

What are some of those solutions?

When it comes to combating Islamic extremism and terrorism, Tepperman turned to Indonesia as a guide. Although 90 percent of its citizens are Muslim, Indonesia is a melting pot of ethnicities and cultures. To protect each group’s identity, and each individual’s freedom, the state’s first three freely elected leaders strengthened democratic norms and artfully removed military leaders from political decision-making.

In his chapter “Kill Them with Kindness: How Indonesia Crushed and Co-opted Its Islamic Extremists,” Tepperman writes that while Indonesia relentlessly pursues terrorists, the country “has treated terrorism more like a law enforcement problem than a military one.”

This approach offers two major advantages, according to Tepperman.

First, trying terrorists in public courts “allows democracies to remain true to their values — values the terrorists seek to undermine,” Tepperman said. “Second, observing such scruples makes it much harder for the terrorists to claim that they’re righteous victims being unjustly persecuted by a tyrannical regime.”

The result of Indonesia’s democratic experiment, Tepperman writes in his book, is a state where fewer Muslims think their government should adopt Sharia law than do the citizens of Afghanistan, Egypt, Iraq, Malaysia or Pakistan. Terrorist attacks have become rare, insurgencies have been peacefully extinguished and civilian control over the military has been thoroughly established.

Inequality is another scourge that has gripped states around the globe.

To illustrate one example of success, Tepperman interviewed Brazil’s former president, popularly known as Lula, about the massive anti-poverty program he developed. Called Bolsa Familía (Family Grant), the program disburses cash payments to the mothers of poor families, under the belief that families know how to budget better than government programs that distribute funds with specific allocations, like food stamps.

Lula’s vision for the program was borne out of his own experience growing up in a poor, fatherless family.

Not only has Bolsa Familía helped lift 36 million people out of poverty, reduced Brazil’s income gap by a third and slashed the percentage of Brazilians living in poverty, but the program is dramatically inexpensive. The average recipient gets $65 a month, because, as Lula reasoned at the program’s inception, poor families only need small payments to make a big difference in their daily lives.

“I don’t think debt is nearly as big a problem as the deficit hawks argue,” Tepperman said. “Most countries, especially wealthy ones like the United States, can afford to spend far more than they do to generate economic growth and alleviate poverty and inequality through social spending.” 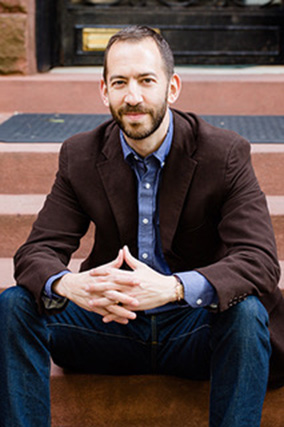 Tepperman said that Brazil’s battle against inequality shows that “the war can be waged cheaply,” while boosting markets by putting cash directly in consumers’ hands.

At times, the solutions Tepperman presents in “The Fix” can read like one-off success stories, the result of good luck and rare good leadership. This raises the question of whether they are replicable by other states.

For instance, Tepperman cites Rwanda’s use of village tribunals, called gacaca, as a major reason for its successful reconciliation and reconstruction after the country’s 1994 genocide that killed an estimated 800,000 people, many of them ethnic Tutsis slaughtered by Hutus. The gacaca allowed local communities to hear victims’ stories and, like regular courts, a gacaca could mete out prison sentences to those found guilty.

But the decision to handle reconciliation at the local level instead of through a national commission like the one South Africa used after apartheid was a master stroke by Rwandan President Kagame, as Tepperman sees it. Moreover, gacaca courts are unique to Rwanda’s culture and legal history.

Can a different state find a similar solution to civil strife, or is such a case study distinct to Rwanda?

Indeed, in his book’s chapter on immigration reform, Tepperman cites Canada — which has its own unique multicultural history marked by nationalist and separatist movements — as an example of a successful immigration system that embraces pluralism and respects the multitude of ethnic minorities already living in the country.

The lesson from Rwanda’s reconciliation is that “post-conflict societies should find a solution that resonates with and feels legitimate to the populace, and isn’t just a universal template imposed from above,” Tepperman said.

But there are two other lessons Tepperman takes from Kagame’s attempt to heal Rwanda’s ethnic wounds.

As successful as the gacaca courts were, entrusting a judicial system to a population newly emerging from a genocidal civil war was a gamble, Tepperman writes. But national catastrophes open the door to trying new, even radical, ideas that ordinary times would not allow.

“Crises have a way of concentrating the mind and sweeping away many of the obstacles that ordinarily block reform,” Tepperman said.

It’s not a coincidence, he acknowledged, that in the case studies he writes about, “salvation came at a moment of great peril.”

“So crises help. But that doesn’t mean you can’t make progress without them, so long as you’re able to build a big enough coalition to support dramatic changes,” Tepperman said.

On that front, he argues that nations are in dire need of leaders willing to compromise, cajole or create out-of-the-box solutions to tackle complex, difficult challenges. One of the basic premises of the book, Tepperman writes in its introduction, is that states around the world face these dilemmas because of the failure of their politicians to lead.

For the success of Canada’s open immigration and assimilation policy, Tepperman credits Canada’s “deft leadership” that embraced multiculturalism and convinced the populace to do the same.

In 1971, Canadian Prime Minister Pierre Trudeau (father of the current prime minister, Justin Trudeau) declared that “there is no official culture” of Canada and created the first Ministry of Multiculturalism anywhere in the world.

Not only did this undercut sectarian rifts — namely, the threat of Quebecois separatism — that could have gridlocked government, but it also opened the country to the benefits of immigration while helping to absorb the influx of immigrants Canada was experiencing at the time.

Canada can provide lessons, if not a direct model, for other states grappling with assimilating immigrants, such as the masses of refugees that are pouring into Europe and upending the continent’s politics.

Of course, there are no quick fixes to the multitude of intractable problems that the world faces, and many of the examples Tepperman cites are far from perfect. For instance, despite his revolutionary anti-poverty program, Brazil’s Lula has been ensnared in a long-running corruption scandal that has tarnished his reputation. Rwanda’s Kagame has been accused of being an authoritarian strongman, and Jakarta’s Christian mayor has been under fire for allegedly insulting the Koran, revealing the intolerant strain of Islam that continues to thrive in Indonesia.

But Tepperman makes a solid, data-driven case for optimism in a time of overwhelming pessimism. “Abandoning hope certainly is tempting, especially at a moment when so many things seem to be going wrong with the world,” he writes. “Fortunately, for us, it’s also unnecessary.”

Ultimately, “The Fix” is an optimistic look at the world and the innovative ways countries have addressed the myriad challenges around them.

“As bad as things look around the world today, there’s no need to despair,” Tepperman said. “Don’t get me wrong, the world faces a very long list of daunting problems. But contrary to conventional wisdom, those problems have answers. And not just theoretical ones. Though it’s often overlooked, these solutions have already been tried and worked. Now we need more gutsy, committed leaders to follow those leads.”

Ryan Migeed (@RyanMigeed) is a freelance writer in Washington, D.C.