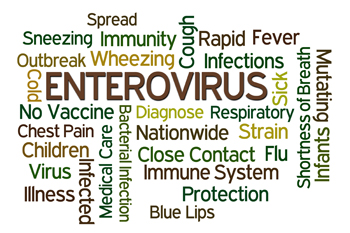 While you’re anxiously watching the news for the latest headlines about the Ebola outbreak, another sneaky infection has almost certainly hit much closer to home. It’s called enterovirus D68, and it’s flummoxed family physicians and public health officials alike with its rapid, pervasive spread throughout the United States.

“There are hundreds of enteroviruses out there. Every year, one or another will crop up here or there to create small outbreaks in a community,” explained infectious disease expert Dr. William Schaffner of Vanderbilt University School of Medicine. “It’s pretty unusual, although not unheard of, for them to spread throughout a whole state or region. It is very unusual for an enterovirus to kind of take over the whole country.”

But that’s just what EV-D68 has done. As of mid-October, outbreaks had been reported in at least 46 states and the District of Columbia. It’s not a new virus — the first time it was identified was in the 1960s — but it has only cropped up sporadically since then, and in very small numbers. “We don’t know why it chose 2014 to be the virus du jour, but it has certainly risen up, starting in the Midwest around Kansas and has since spread throughout most of the rest of the country,” Schaffner said.

“Most enteroviruses like the digestive tract and cause symptoms there, but some, like D68, prefer the respiratory tract,” Schaffner said. And the back-to-school season is an opportune time for this virus to spread among children, who aren’t exactly known for stellar hygiene, as they return to close classroom quarters. (The flu vaccine also affords no protection against EV-D68.)

The vast majority of children who get infected with EV-D68 — as with virtually any other virus — have the mildest of symptoms: a slight fever, a bit of coughing and sneezing, and sometimes a light rash on the abdomen, arms or legs. 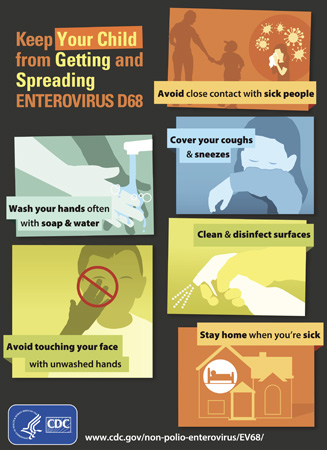 Some children will experience more serious symptoms, such as difficulty breathing and asthma attacks. “That’s a small percentage of the overall number of children infected, but since there are so many infections out there, the number of children with respiratory issues is substantial enough that pediatricians and pediatric emergency departments have definitely noticed it,” Schaffner said.

Some of these children will have to be hospitalized, maybe even with intensive care and ventilation support for a day or two. “But the vast majority of these will all recover completely and in short order will be back to school unscathed.”

But not all of them.

Infectious disease experts are studying whether or not EV-D68 is the cause of a string of cases of paralysis in children, as well as at least five deaths. The Centers for Disease Control and Prevention has confirmed that a 4-year-old boy from New Jersey, as well as four other children infected with the virus have died; another child with the virus, a 21-month-old girl, died in Michigan on Oct. 10, but the CDC had not officially updated its count as of press time. And although the children did have EV-D68, it’s not yet been confirmed that the virus caused their deaths.

In several states, including Colorado and Michigan, small clusters of children have also been stricken with a polio-like illness (polio is an enterovirus, but EV-D68 is not polio) that causes weakness and even paralysis in the arms and legs.

“A lot of other viruses, like polio and West Nile, have been ruled out as the cause of their symptoms,” said Schaffner. “In the past, polio has caused paralysis…. The other enteroviruses do it occasionally. Whether D68 is the cause in these cases has yet to be confirmed, but it’s the leading suspect because other viruses have been ruled out and no other putative causes have been suggested. I’m willing to bet that within six to eight months, we’ll have more conclusive evidence that some of this paralytic illness is attributable to D68.”

There may be more “diagnoses” of EV-D68 in November and December, simply because the CDC has recently developed a more rapid test for the virus and will probably be able to identify previously uncategorized cases. 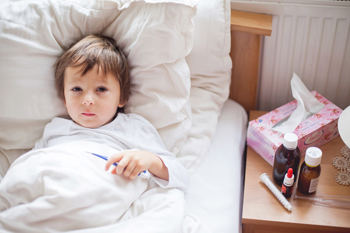 Enterovirus D68, which causes respiratory problems in children, has been reported in 46 U.S. states; most children fully recover, although a few will experience more serious symptoms, such as difficulty breathing and asthma attacks.

But that doesn’t mean new cases are spiking, and Schaffner cautions the public not to panic. “This isn’t going to be like polio,” he said. “Along about this time of the year, enteroviruses begin to wane. They might come back for one more season, but others haven’t embedded themselves as a regular phenomenon. If this is like all the other viral illnesses we know, once you get infected with it you develop a very durable immunity. D68 has infected so many children this year that many will be immune next year and it will be unlikely to get a foothold. I expect it will not be seen very much for another 20 years.”

But the rise of this enterovirus, along with other significant viral outbreaks or threats including Ebola, chikungunya and Middle East respiratory syndrome coronavirus (MERS) sends an important message, Schaffner says. “These are four major viruses, three of them from overseas, that the average person in the United States had never heard of, and here they all were. This shows that the state of infectious diseases in the world is not static. We need an intact, robust public health infrastructure at the local, state and federal level to help us deal with these threats, because there will always be a new twist in infectious disease.”