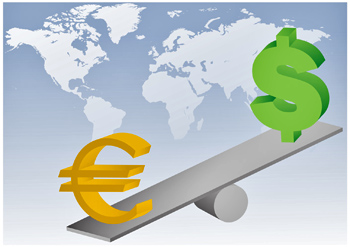 Greedy banks, bad economic ideas, incompetent politicians: there is no shortage of culprits for the economic crisis in which rich countries are engulfed. But there is also something more fundamental at play, a flaw that lies deeper than the responsibility of individual decision-makers.

Democracies are notoriously bad at producing credible bargains that require political commitments over the medium term. In both the United States and Europe, the costs of this constraint on policy has amplified the crisis — and obscured the way out.

Consider the U.S., where politicians are debating how to prevent a double-dip recession, reactivate the economy, and bring down an unemployment rate that seems stuck above 9 percent. Everyone agrees that the country’s public debt is too high and needs to be reduced over the longer term.

While there is no quick fix to these problems, the fiscal-policy imperative is clear. The U.S. economy needs a second round of fiscal stimulus in the short term to make up for low private demand, together with a credible long-term fiscal-consolidation program.

As sensible as this two-pronged approach — spend now, cut later — may be, it is made virtually impossible by the absence of any mechanism whereby President Barack Obama can credibly commit himself or future administrations to fiscal tightening. So any mention of a new stimulus package becomes an open invitation to those on the right to pounce on a Democratic administration for its apparent fiscal irresponsibility. The result is a fiscal policy that aggravates rather than ameliorates America’s economic malaise.

The problem is even more extreme in Europe. In a futile attempt to gain financial markets’ confidence, country after country has been forced to follow counter-productive austerity policies as the price of support from the International Monetary Fund and the European Central Bank. Yet requiring deep fiscal cuts, privatization, and other structural reforms of the type that Greece has had to undertake risks greater unemployment and deeper recessions. One reason that interest-rate spreads in financial markets remain high is that distressed euro zone countries’ growth prospects look so weak.

Here, too, it is not difficult to discern the broad outlines of a solution. Stronger countries in the euro zone must allow these spreads to narrow by guaranteeing the new debts of countries from Greece to Italy, through the issuance of euro bonds, for example. In return, the highly indebted countries must commit to multi-year programs to restructure fiscal institutions and enhance competitiveness — reforms that can be implemented and bear fruit only over the medium term.

But, once again, this requires a credible commitment to an exchange that requires a promise of action later in return for something now. German politicians and their electorates can be excused for doubting whether future Greek, Irish, or Portuguese governments can be counted upon to deliver on current leaders’ commitments. Hence the impasse, with the euro zone becoming mired in a vicious circle of high debt and economic austerity.

Democracies often deal with the problem of extracting commitments from future politicians by delegating decision-making to quasi-independent bodies managed by officials who are insulated from day-to-day politics. Independent central banks are the archetypal example. By placing monetary policy in the hands of central bankers who cannot be told what to do, politicians effectively tie their own hands (and get lower inflation as a result).

Unfortunately, U.S. and European politicians have failed to show similar imagination when it comes to fiscal policy. By implementing new mechanisms to render the future path of fiscal balances and public debt more predictable, they could have averted the worst of the crisis.

Compared to monetary policy, fiscal policy is infinitely more complex, involving many more trade-offs among competing interests. So an independent fiscal authority modeled along the lines of an independent central bank is neither feasible nor desirable. But certain fiscal decisions, and most critically the level of the fiscal deficit, can be delegated to an independent board.

Such a board would fix the maximum difference between public spending and revenue in light of the economic cycle and debt levels, while leaving the overall size of the public sector, its composition, and tax rates to be resolved through political debate. Establishing such a board in the U.S. would do much to restore sanity to the country’s fiscal-policymaking.

Europe, for its part, requires a determined step toward fiscal unification if the euro zone is to survive. Removing national governments’ ability to run large deficits and borrow at will is the necessary counterpart to a joint guarantee of sovereign debts and easy borrowing terms today.

Yet this cannot mean that fiscal policy for, say, Greece or Italy would be run from Berlin. A common fiscal policy implies that the elected leaders of Greece and Italy would have some say over German fiscal policies, too. While the need for fiscal unification is increasingly recognized, it is not clear whether European leaders are willing to confront its ultimate political logic head-on. If Germans are unable to stomach the idea of sharing a political community with Greeks, they might as well accept that economic union is as good as dead.

Politics, it is said, is the art of the possible. But possibilities are shaped by our decisions as much as they are by our circumstances. As matters currently stand, when future generations place our leaders in historical perspective, they will most likely reproach them, above all, for their lack of institutional imagination.

Dani Rodrik, professor of international political economy at Harvard University, is the author of “The Globalization Paradox: Democracy and the Future of the World Economy.”