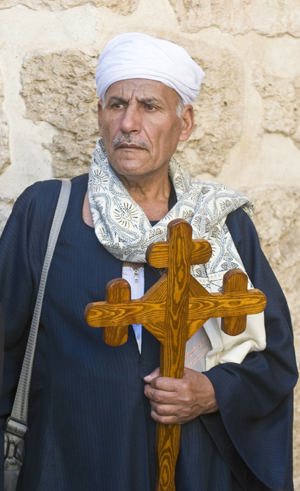 At churches in Karachi, there are banners draped on the boundary walls. With depressing familiarity, they are replaced every so often to feature the church’s denunciation of a blasphemous act that has transpired elsewhere in the world, or its condemnation of a violent act against Christians in Pakistan.

But this hasn’t spared Christians from becoming a target for militant groups, extremists and those who profiteer from exploiting Pakistan’s controversial blasphemy laws. In the last five years alone, there have been numerous cases of Christians being falsely accused of blaspheming against Islam and subsequently persecuted by mobs that have vented their anger by burning down Christian neighborhoods.

In 2011, the governor of Punjab province, Salmaan Taseer, and Minorities Minister Shahbaz Bhatti were assassinated. Taseer’s assassin, one of his security guards, said he had been driven to murder Taseer for his apparent support of a woman who’d been sentenced to death after being falsely accused of blasphemy. Bhatti, a vocal Catholic activist, was killed two months after Taseer, also reportedly for criticizing Pakistan’s harsh blasphemy laws, which carry the death sentence for anyone found guilty of insulting Islam and the Prophet Muhammad.

An Egyptian Christian Copt makes a pilgrimage to the Church of the Holy Sepulchre in Jerusalem during Easter. Coptic Christians make up about 10 percent of Egypt’s population but have come under attack recently because of allegations that they supported the military coup that ousted former President Mohamed Morsi.

For Pakistan’s Christians, it isn’t just the blasphemy laws that are a constant threat. They are increasingly being targeted by groups and individuals enraged at events far away from home.

In 2006, images of the Prophet Muhammad by a Danish cartoonist sparked protests in several Muslim-majority countries. Similar protests took place when Dutch parliamentarian Geert Wilders produced an anti-Islam film or when American pastor Terry Jones declared he wanted to burn Qurans, the Islamic holy book. In September 2012, a trailer for “Innocence of Muslims,” a crudely made film deemed to be blasphemous against Islam, triggered a wave of violence in several countries, including Afghanistan and Pakistan. While U.S. diplomatic missions were targeted in many of these countries, protestors in Pakistan also took aim at a church in Khyber Pakhtunkhwa province and set it on fire. In September of this year, extremists bombed one of Peshawar’s most historic churches, killing more than 80 people. One militant group that claimed responsibility for the attack said it was in retaliation for drone strikes, a hugely contentious issue in Pakistan.

But while Christians in Pakistan have nothing to do with state policy or the drone program — they have almost no representation in parliament or in political circles — that hasn’t spared them from retribution and deadly rampages. Elsewhere, threats against Christians are also on the rise. As political turmoil in countries such as Egypt and Syria exacerbates sectarian tensions, religious minorities such as Christians are increasingly in the line of fire, squeezing a population whose numbers have already dwindled over the past century in the region.

Take, for example, Egypt, home to the largest Christian community in the Middle East. Coptic Christians, who are also the largest religious minority in the country, comprising roughly 10 percent of the population, are perceived to have supported the coup that ousted former President Mohamed Morsi’s government. This perception persists because the Coptic Christian pope was present when military chief Gen. Abdel Fattah al-Sisi announced Morsi’s ouster. Coptic Christians have felt the repercussions ever since. After the Egyptian military cracked down on Morsi’s supporters, killing hundreds and jailing thousands, Christians were targeted: More than 40 churches and over 200 properties owned by Christians were damaged in the ensuing violence. While Morsi’s party, the Muslim Brotherhood, has condemned the attacks, there have been reports that many party leaders incited violence against Egypt’s Christians.

“There is essentially an expression of anger by the Muslim Brotherhood toward Christians, seen as the largest single minority that is colluding with the state and resisting an Islamic government,” Vali Nasr, dean of the Johns Hopkins School of Advanced International Studies and author of “The Dispensable Nation: American Foreign Policy in Retreat,” told the Diplomat. “They are a soft target in Egypt. The Muslim Brotherhood is trying to promote violence, making it difficult for the military to consolidate power.”

Nasr noted that the violence has not spread to Muslims, which could erode support for the Muslim Brotherhood protestors (although the group’s Muslim supporters have been attacked by military forces).

In a statement in October, Hassiba Hadj Sahraoui, Amnesty International’s deputy director for the Middle East and North Africa, said it was “deeply disturbing that the Christian community across Egypt was singled out for revenge attacks over the events in Cairo by some supporters of the deposed president.” Sahraoui added that “a backlash against Coptic Christians should have been anticipated, yet security forces failed to prevent attacks or intervene to put an end to the violence.”

That violence continues. On Oct. 20, gunmen opened fire outside a Coptic Christian church where a wedding was being held, killing four people, including two young girls.

Hostility toward Christians is resonating elsewhere in the region, such as in Libya and Syria, with far-reaching effects for the future and status of minority faiths. While Christians lived in relative peace under Syrian President Bashar al-Assad’s regime, the civil war there has ensnared Christians into its net as well, especially as Islamic extremists affiliated with al-Qaeda increasingly join the rebel ranks. Blasts have occurred in Damascus’s historic Christian quarter as well as the ancient Christian town of Maaloula, and reports have emerged of en masse immigration of Christians from cities such as Homs.

The attacks have played into al-Assad’s longstanding claim that Christians will fall prey to the rebels, whom he characterizes as hard-line religious extremists and terrorists. But a report by the U.S. Commission on International Religious Freedom published this April highlighted the widespread risks to Christians in Syria coming from all sides amid the ongoing chaos.

“With the conflict breaking along religious and political lines, it is unclear how many of these displaced persons and refugees fled because they were targeted specifically because of their religious faith or perceived religious identity,” the commission stated. “With the numbers continuing to swell, Syria’s religious diversity risks being lost. In addition, the possibility of inter-religious violence in refugee camps increases, as these communities increasingly intermingle in the overpopulated camps. In response to this fear, Turkey announced plans to build a refugee camp specifically for Syriac Christians and other Christians, and a second one for Kurds and other minorities.”

The attacks targeting Christians underscore the sectarian fault lines in the Arab world and beyond. However, this violence predates the events of the Arab Spring. Sectarianism — whether it’s directed at religious minorities such as Shiites, Ahmadis or Copts — reflects deep-seated divisions that have percolated in countries such as Pakistan, Saudi Arabia, Nigeria and elsewhere for years and even centuries.

However, it would be unfair to suggest that the threat to Christians — or any religious minority for that matter — is part of an organized, monolithic campaign. Christians have lived for centuries throughout the Middle East, North Africa and South Asia, from Bahrain to Jordan to Iran to Oman. Violence against them is caused by different reasons, ranging from political and economic grievances to a larger backlash against all religious minorities.

For example, religious strife and power struggles have long plagued Nigeria, which is split between the Christian-dominated south and largely Muslim north. The brutal tactics of Boko Haram Islamists against Christians are the latest symptom of the country’s tit-for-tat religious reprisals. Protected for generations in Iraq, Christians have fled in recent years to escape the unrelenting violence that’s gripped the country as a whole and killed Shiites and Sunnis alike. In other countries ruled by strict conservative governments, Christians can be sentenced to death for converting from Islam. Each nation where Christians face danger has its own unique set of issues and militancy trends, as well as historical, religious and political contexts.

“The issues are not identical to one another,” Nasr said. “We’re seeing that upswing of anger in the Arab world toward the U.S. and their own governments, and anger at minorities viewed to be powerful in the economic sector and who are viewed to be natural allies of the military.”

In countries such as Pakistan, however, violence against Christians is an expansion of a broader campaign against religious sects and minorities, whereby militant groups are repeating a well-established pattern of fueling violence to create an environment of fear that pushes minorities to the fringe of society.

As Christians gathered in Karachi’s St. Patrick’s Cathedral, the seat of the Roman Catholic Archdiocese in the city, for midnight mass last Christmas, Archbishop Joseph Coutts spoke of the darkness that prevailed when Jesus Christ was born, and how Christ’s mission to spread light in the world was still incomplete. Referencing the assassinations of men such as Taseer and Bhatti, Coutts reminded his flock that the darkness still existed and that every person must carry out the work of spreading light and speaking out against injustices. But for Christians in Pakistan, and elsewhere in the region, there is little light amid the growing shroud of bloodshed and intolerance that is putting their faith in society to the test.

Saba Imtiaz (http://sabaimtiaz.com) is a freelance writer in Pakistan who reports on politics, culture, militancy, human rights and religious movements.