Home The Washington Diplomat April 2013 ‘Trust No One: Espionage and Thrillers’ Among 80 Festival Screenings 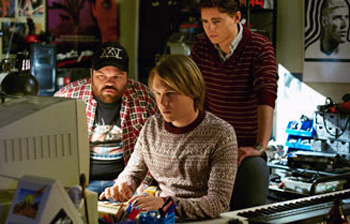 The Washington, DC International Film Festival (Filmfest DC) returns April 11 to 21 for its 27th year, offering more than 80 features, documentaries and shorts from around the world. Nearly all films are D.C. premieres; many screenings are presented by special guests, particularly filmmakers, creative talent and embassy officials.

“We’re happy to be doing our film festival in Washington, which means that we have the opportunity to work with international embassies,” said Tony Gittens, Filmfest DC director and founder. “That’s hard to do anywhere else, so we feel very privileged to get their assistance. This year, we’ve benefited from contributions from the embassies of Brazil, Korea, Spain, France and several others — plus [the Taipei Economic and Cultural Representative Office of] Taiwan. They’ve all been very helpful; they are our partners in doing the festival this year.”

Gittens continues, “We have a very good international selection this year. We think they are especially bright, interesting and challenging. We have some highlights that we think people will very much enjoy.”

Special festival programs include “Trust No One: Espionage and Thrillers” and “The Lighter Side,” a collection of global comedies. Cash awards will be presented to winners in the Circle Jury Award Competition as well as the “Justice Matters” and the “First Feature” sidebars. Attendee ballots determine audience awards for feature and documentary favorites.

On April 11, the Filmfest DC opening night at Regal Cinemas Gallery Place in Chinatown, followed by a gala at Bar Louie, boasts the American premiere of the Australian feature “Underground,” which also kicks off the “Trust No One: Espionage and Thrillers” section. The initial narrative film about WikiLeaks founder Julian Assange relates his hacking and activism as an adolescent. “Underground,” headlined by Australian movie stars Anthony LaPaglia and Rachel Griffiths, marks the third Filmfest DC appearance for director Robert Connolly (he appeared for the film “Balibo” in 2010 and “The Bank” in 2002).

As of press time, other confirmed titles include the following international selections: