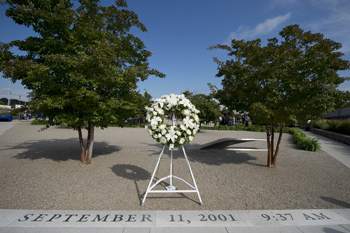 In the realm of good intentions versus unintended consequences, the controversial law allowing lawsuits against Saudi Arabia by families of victims of the Sept. 11, 2001, terrorist attacks may rank near the top, with dire predictions of potentially worldwide ramifications for U.S. interests overseas.

In an election year, the emotional appeals of 9/11 families demanding justice for their loved ones on the 15th anniversary of the attacks, coupled with Saudi Arabia’s waning influence on Capitol Hill, resonated with lawmakers. Democrats and Republicans alike overwhelmingly supported the law, which paves the way for nations to be sued in federal court if they’re found to have played a role in terrorist attacks that killed Americans on U.S. soil.

While politically popular, the legislation has been called short-sighted by security officials such as CIA Director John Brennan. Critics say it erodes a hallmark of diplomacy — that foreign governments enjoy immunity from U.S. lawsuits — and could lead to retaliatory measures that open U.S. officials and troops to similar lawsuits abroad.

Some of those concerns may be overblown, while others have yet to materialize since Congress overrode a veto from President Barack Obama for the first time to pass the Justice Against Sponsors of Terrorism Act (JASTA), said Stephen Vladeck, a law professor at the University of Texas at Austin and an expert on the role of federal courts in the war on terrorism.

“There are certainly countries that would be happy to invoke JASTA to make inroads on U.S. sovereign immunity,” he told The Diplomat. “The harder question is not if there are going to be specific acts of retaliation but whether this is going to be a race to the bottom as far as sovereign immunity protection. I think that’s too hard to tell now. That’s going to have to play itself out.”

A wreath that was placed by President Obama sits at the entrance of the Pentagon Memorial during a 9/11 observance ceremony on Sept. 11, 2014.

Within hours of JASTA’s passage in September, some senators were already expressing misgivings about their part in the lopsided 97-1 vote, where Senate Minority Leader Harry Reid (D-Nev.) was the lone voice against the bill. In a CNN town hall interview, Obama said it was “basically a political vote” during an election year, and some members of Congress didn’t even know what was in the bill, which was fast-tracked with little debate.

“[S]ometimes you have to do what’s hard, and frankly I wish Congress here had done what’s hard,” Obama said. “If you’re perceived as voting against 9/11 families right before an election, not surprisingly that’s a hard vote for people to take, but it would have been the right thing to do.”

The White House and some members of Congress have floated the idea of tweaking JASTA in a lame-duck session, especially if there is international blowback. One possibility would be to craft a narrower version that only permits lawsuits related to the 9/11 attacks. Other lawmakers, however, dismissed the idea of diluting the law, arguing that apoplectic warnings of its repercussions are speculative at this point.

Finding consensus on the issue will also be difficult given congressional frustrations with Saudi Arabia over its recent bombing campaign in Yemen and longstanding accusations that the kingdom helped spread a virulent interpretation of Islam that fueled the rise of extremist groups such as al-Qaeda and the Islamic State (also known as ISIS).

The Saudis’ diminished stature on Capitol Hill was laid bare when lawmakers pushed ahead with the bill despite an intense lobbying campaign by Riyadh. The Saudi government has vigorously denied any wrongdoing in the Sept. 11 attacks and warned that JASTA will further strain bilateral relations. It has also threatened to sell off hundreds of billions of dollars in U.S. holdings if U.S. courts try to seize its assets, although such a move would invariably hurt the Saudi economy.

While the Saudi government hasn’t yet taken any retaliatory action, it has warned of “serious unintended consequences that may ensue” because “the erosion of sovereign immunity will have a negative impact on all nations, including the United States.”

The law isn’t specific to the Sept. 11 attacks or to Saudi Arabia, and it potentially could be used to undermine the sovereign immunity of other countries with lawsuits filed in the United States, said Curtis Bradley, a Duke University law professor and member of the State Department’s Advisory Committee on International Law.

“Even our closest allies consider it extremely strange and problematic, and they don’t understand why Congress did it,” Bradley told The Diplomat. “It will lead to years and years of court review and allegations of what other countries have done. We don’t usually let lawyers decide our foreign policy.”

While the spirit of the law may be to give 9/11 families their day in court, critics say the letter of the law is written too broadly and could invite a tit-for-tat escalation abroad. Some countries may view JASTA as an opening to pursue lawsuits in their own courts against American soldiers or diplomats over controversial U.S. policies such as drone strikes in Afghanistan and Pakistan or military funding for Israel, which has been accused of war crimes in the Gaza Strip. “It makes it harder for us to push back when other countries see grounds for weakening sovereign immunity,” Bradley said.

However, the U.S. has few assets in some of the countries that may be most likely to retaliate, such as Syria, Yemen or Libya, so there may be little threat from lawsuits being filed there, Vladeck pointed out. “There are obviously some countries we don’t care about that might do that anyway,” he said. “It’s trickier where there are countries we do care about.”

For instance, if major partners such as Egypt and Saudi Arabia decide to enact their own versions of JASTA, they could potentially target billions of dollars in U.S. assets.

Some U.S. allies already have raised concerns about the law, with the European Union opposing JASTA before the veto override. In a leaked cable to President Obama, the bloc stated that JASTA “would be in conflict with fundamental principles of international law and in particular the principle of State sovereign immunity.” If the bill became law, the EU asked that the Obama administration stay any lawsuits under an amendment included in JASTA.

In a Sept. 28 New York Times article, Vladeck noted that the little-noticed provision was added to preserve the executive branch’s purview over foreign policy. “[It] allows the attorney general to intervene in the lawsuits and get a judge to stay any settlement as long as there are continuing discussions with the Saudis about a possible resolution,” the article said. But such a move would likely face opposition from 9/11 families and the Saudis themselves, who may view any negotiation as a tacit acknowledgement of guilt.

One lawsuit against Saudi Arabia was filed just two days after the passage of JASTA by a woman whose husband was killed in the Pentagon plane crash, and a lawsuit by hundreds of victims’ families will be reworked after it had been stymied by protections for Saudi Arabia under the Foreign Sovereign Immunities Act, which the U.S. enacted in 1976 to grant countries broad immunity from lawsuits. 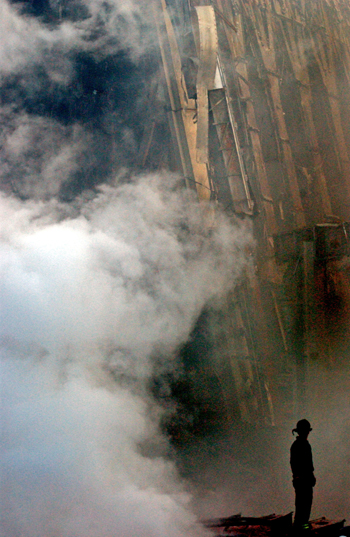 A fireman stands amid the rubble of Ground Zero in New York following the Sept. 11, 2001, terrorist attacks.

JASTA amends that act. Now, victims of a terrorist attack on U.S. soil by a designated terrorist organization may sue a foreign country if that country’s officials or agents played a role in the attack while acting in their official capacity. Fifteen of the 19 hijackers in the Sept. 11 attacks were Saudi nationals, but a 2004 report by the 9/11 commission “found no evidence that the Saudi government as an institution or senior Saudi officials individually funded” al-Qaeda.

Legal experts say it may be very difficult or impossible for the plaintiffs to prove otherwise or uncover the role of any junior Saudi officials in the attacks. While some Saudi charities and wealthy citizens have been accused of funneling money to al-Qaeda, the Saudi government as a whole most likely wouldn’t be liable for their actions under JASTA.

Many 9/11 families have argued for the release of 28 classified pages of a preliminary congressional inquiry into the terrorist attacks, believing the Saudi government would be implicated. But Riyadh also has long argued for the release of those records, saying it would be vindicated. Under pressure, the Obama administration declassified the document in July, which listed possible contacts and funding from Saudi officials to some of the Sept. 11 hijackers, although there was no clear-cut evidence of wrongdoing. The Obama administration said it stood by the findings of the 9/11 commission that the Saudi government and high-level officials weren’t involved in the plot.

Experts such Anthony Cordesman of the Center for Strategic and International Studies (CSIS) say that while Saudi Arabia is a problematic ally, it is an indispensable one nonetheless. “It is easier to focus on the fact it is an Islamic state at a time when extremist threats like ISIS, al-Qaida and the Taliban are at top of mind, than to focus on the complicated security issues in the Gulf region and the fact the U.S. is critically dependent on Saudi Arabia both in dealing with Iran and in fighting terrorism in the region from which it draws most of its strength,” Cordesman wrote in a recent CSIS brief.

Regardless, JASTA may end up being a hollow victory for 9/11 families who already have spent more than a decade lobbying for the legislation. Even if the plaintiffs win a verdict against Saudi Arabia, Congress passed a revised version of the bill that “makes it impossible for them to collect any damages, because no provision in JASTA allows a federal court to compel a foreign sovereign to turn over assets to satisfy the judgment,” Vladeck explained in an interview with the Council on Foreign Relations.

Since Saudi assets can’t be seized, the Saudi government may not feel compelled to defend itself in court, especially if there are extensive requests for documents and depositions of Saudi officials, Vladeck told us.

While some members of Congress have talked about revisiting JASTA after the election, there may be little appetite to reignite the controversy, and the damage has already been done to U.S.-Saudi relations, Bradley said.

“I think Congress has already crossed that bridge. They don’t mind creating a more fraught relationship with Saudi Arabia,” he said.

While Riyadh fumes, Washington worries and 9/11 families navigate unchartered legal terrain, the only winners of the drawn-out battles ahead may be the trial lawyers. “[JASTA] is great for lawyers,” Bradley said. “It invites a lot of litigation and discovery and fighting over it in court, but normally we don’t try to deal with countries in that litigation-oriented way.”