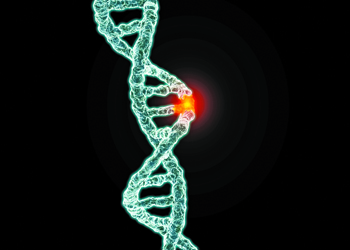 What if faulty genes in your DNA could be easily corrected, avoiding the ravages of diseases like cystic fibrosis or certain cancers?

That is the promise of gene editing, a new technique being heralded as an enormous advancement in genetic engineering. Scientists say its speed, efficiency and cost-effectiveness make it an excellent tool for replacing rogue genes that cause human suffering and early death.

But worries about the technology’s darker side have mounted ever since Chinese researchers in April reported results of an experiment to edit a defective gene in a human embryo. For ethical reasons, researchers say they used an abnormal embryo.

The team concluded that gene editing isn’t yet sufficiently reliable and precise enough to apply the technique in humans.

Nevertheless, some scientists and bioethicists worry that gene editing may be used one day to create “designer babies” and forever alter the human genome.

Much like film editors delete and replace scenes in a motion picture, scientists use gene editing in the lab to clip strands of DNA at the precise site of genetic defects and splice in a fix.

To most people, “CRISPR is still an unknown term,” Rep. Bill Foster, an Illinois Democrat and the only Ph.D. scientist currently serving in Congress, said in opening remarks at the global summit on Tuesday. Yet, Foster said he has been fielding increasingly urgent requests for meetings to discuss the technology breakthrough and its implications for society.

John Holdren, a senior White House adviser on science and technology policy, told summit attendees that the Obama administration continues to hold the position that editing the human “germline” — meaning the genes passed on to future generations — “is a line that should not be crossed at this time.”

April Pyle, an associate professor of microbiology, immunology and molecular genetics at the UCLA David Geffen School of Medicine in Los Angeles, told HealthDay that researchers have widely adopted the gene-editing tool to better understand how genes function and how to correct faulty genes. But scientists are using it in mice and cell cultures, not humans, she said.

“No one is talking about gene editing in the context of designing, changing genomes for designer babies. That’s not what scientists are doing,” she insisted.

Pyle studies Duchenne muscular dystrophy (DMD), the loss of muscle function caused by a gene mutation. Few people with DMD live beyond their 30s, according to the U.S. National Human Genome Research Institute in Bethesda, Md.

“If we can correct that mutation in these patients, then we can give them back the missing gene and give them a permanent cure,” she said. “That’s the long-term goal, but the challenges are really in understanding how safe the technology is.”

Clinical applications of the technology won’t be seen until it can be perfected, ensuring that only the targeted gene is snipped, preventing “off-target” mutations in the genome, Pyle explained. Scientists also must find ways to safely deliver the technology to patients.

If perfected, gene editing would have immediate implications for treating genetic disorders involving a single mutation in a specific gene.

Marcy Darnovsky, executive director of the Center for Genetics and Society in Berkeley, Calif., who spoke at the summit, agreed that the technology may hold great promise.

“Human gene editing used to treat existing patients, if it can be done safely, may turn out to be medically important,” she told HealthDay.

But Darnovsky added that human germline gene editing for reproduction, prohibited in some 40 countries, “would be extremely risky.”

To date, the Center for Genetics and Society has collected upwards of 155 signatures from scientists, ethicists and others calling for strengthened prohibitions that would prevent the technology’s use for genetically modified humans or designer babies.

Permitting germline editing “would likely be used for enhancement purposes by those who could afford it, and this could all too easily open the door to new forms of inequality and discrimination,” Darnovsky explained.

“We need not and should not risk those societal outcomes,” she said.

For more information, visit the National Academies of Sciences, Engineering, and Medicine at http://www.nationalacademies.org/gene-editing/index.htm.