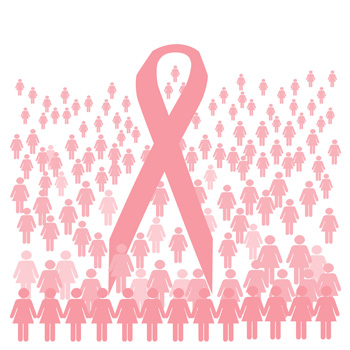 If you want to know how women with breast cancer feel about the new U.S. Preventive Services Task Force guidelines on screening mammography — recommending that mammograms start at age 50 instead of age 40, and even then be conducted only every other year instead of annually — just take a look at the message boards on Breastcancer.org, one of the most popular online forums dealing with breast cancer.

There’s a woman diagnosed at age 43, when her son was just 3 years old, with a very large breast tumor and lymph node involvement. She had no family history, and her ob-gyn had not felt the lump on a physical exam — it was only found by mammography.

And a Georgia woman, now 53, whose fast-growing breast cancer was found at stage 4 by mammography when she was 44. “If I had been told to wait ‘til 50 then, I would not be alive today.”

And a woman from Pennsylvania, who caught her breast cancer early with her first mammogram at age 41, which enabled her to avoid chemotherapy.

And a woman who lost her cousin at age 47, in 1974, after two separate mastectomies, “because no one was talking about early diagnosis. If she had been getting a mammogram at 40 and each year after, her four sons would not have had to grow up without their mother.”

These are just four of more than 1,400 posts to a section of Breastcancer.org advocating against the task force’s new mammography guidelines. It’s hard to remember a medical recommendation that has caused such heated debate, and so split the community — the American Cancer Society and the American College of Obstetricians and Gynecologists have both firmly rejected the new guidelines and continue to recommend baseline mammograms starting at 40, every other year after that, and annually starting at 50. And former National Institutes of Health Director Bernadine Healy, the first woman to head the agency, has firmly and directly urged women to ignore the new guidelines.

As a breast cancer survivor myself, it’s hard to look at the recommendations dispassionately. My cancer wasn’t found via mammogram, but by self-exam — another early detection tool that the Preventive Services Task Force explicitly recommends not teaching to women. My fast-growing lump was almost three centimeters and had at least one lymph node involved when I found it. Had it not been detected until my next gynecological exam six months later, who knows how much further it might have spread? My bones, my liver, my lungs?

Yet unlike some, I don’t see the task force’s recommendations as some terrifying manifestation of health care rationing. I think that although health care costs are a legitimate part of their mandate, for the most part the panel was genuinely motivated by what it saw as the risks of “over-diagnosis” — too many biopsies, anxiety and stress during repeat mammograms, and the possibility of over-treating a very early, slow-growing cancer that might never have become life-threatening.

The task force itself said that we would have to screen 1,900 women age 40 to 50 to save one life from breast cancer. With approximately 22 million women in that age group in the United States, screening would “only” save 1,150 lives. But if your life, or your mother’s, or your daughter’s was one of those 1,150, that number might not seem so small. Or, as Dr. Marisa Weiss, a Pennsylvania oncologist and the founder of Breastcancer.org put it, cutting back on screening “means that about 3 percent more women will die from breast cancer each year.”

I think there was one fatal flaw in the task force’s approach: Its panel did not include a single breast cancer specialist. While they could analyze the evidence, not one member of the panel could bring to its deliberations the real, daily, clinical knowledge of what it means to treat breast cancer and what women with the disease go through.

That’s not just a squishy, touchy-feely concept. For example, the task force stressed that younger women have denser breast tissue in general (although this is not true of many younger women), making it more difficult to detect lesions on mammograms. However, its report paid scant attention to the fact that breast cancer is also extremely aggressive in young women, making early detection even more urgent.

As Weiss pointed out in a public statement, the task force also made some inaccurate assumptions about optimal treatment — such as assuming that women with hormone-receptor-positive, early-stage breast cancer don’t benefit from chemotherapy after surgery, when in fact evidence shows that many of them do. That mistaken assumption alone could have led to a significant underestimation of how many lives would be lost if early screening were abandoned.

Mammography isn’t perfect, nor is a breast self-exam. What we really need are more accurate, less invasive, more comprehensive early screening tools for breast cancer, preferably ones that can differentiate between slow-growing and fast-growing lesions. But because those aren’t just around the corner, mammograms and self-exams are what we have — and they continue to save lives.

When I was first diagnosed with breast cancer, I was out to dinner with girlfriends. I shamelessly made each one of them feel my lump so that they would know what a breast tumor might feel like. I still nag my friends to examine their breasts monthly, and I still urge them to get their annual mammograms. I’d rather one of them have a few anxious days or weeks after an inconclusive mammogram, or even endure an unnecessary biopsy, than to see them diagnosed months or years too late with a cancer that might have been treatable had it been caught in time.