The year 2017 marks the centennial anniversary of Finland. In honor of our 100 years of independence, the Embassy of Finland will organize a celebratory event at the National Mall and is inviting everyone to join us. 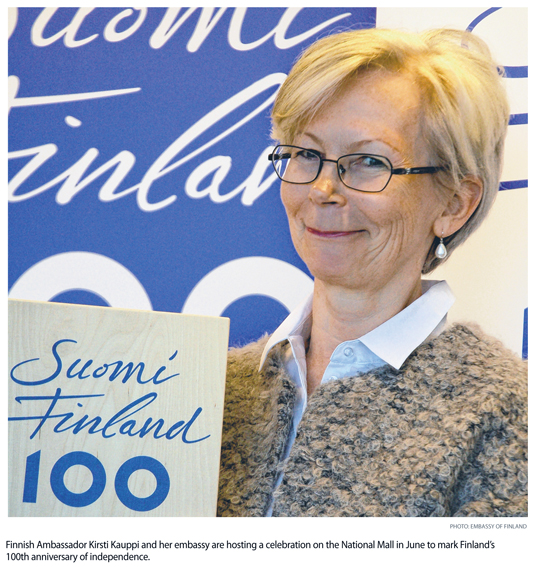 For our small Nordic country, the centennial year is a great landmark. Since the declaration of independence on Dec. 6, 1917, our country has gone through a lot. In just one century, Finland has reinvented itself, evolving from one of the poorest countries in Europe to one of the most successful nations in the world.

Finns obviously existed before the nation’s independence. For over 600 years, from the early Middle Ages until the early 19th century, Finland was an integral part of the Swedish Kingdom. In the Napoleonic Wars, Sweden lost Finland, which became an autonomous Grand Duchy of the Russian Empire in 1809. The Finnish national identity started to emerge and became summarized by the following quote: “Swedes we are no longer, Russians we do not want to become, so let us be Finns.”

Many events led to Finland declaring independence in December of 1917, after the revolution in Russia. The new nation suffered a short and tragic civil war, but started to heal gradually. Equality was an important feature from the start: Women in Finland had been the first in the world to be granted full political rights, already in 1906. One hundred years later, women in Finland occupy all the highest positions of society, including the president of the republic. Gender equality is recognized as one of the key factors of our success.

The Finnish national character and our Nordic heritage have boosted us to the top of several country rankings. From freedom of speech and a world-famous education system to the safest banks in the world, Finland has a lot to be proud of. This shows in the quality of everyday life — it is no wonder that we recently came in fifth place in the 2017 World Happiness Report.

Independence did not come as a given to us, and we have had to sacrifice a lot to keep it over the tumultuous 20th century. That also makes us so proud about our nation and its achievements.

This year is special for us in several ways. Just to mention one, Finland is serving as the chair of the Arctic Council. We are looking forward to taking pragmatic cooperation in the Arctic Council further and collaborating closely with the United States, as well as the other member countries. We want to share our “snowhow!” 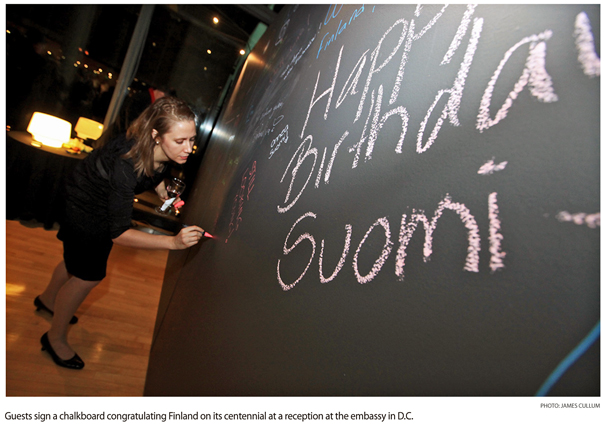 It is probably the Arctic climate that gives us guts — or “sisu,” as we call it. The term is used to describe the enigmatic power enabling us to push through even the worst of hardships. It is in our nature to turn setbacks into steps forward and to always look for practical solutions. This is what makes the Finns so good at creating new innovations and making sure that things work, and keep on working. From safety reflectors and text messages to the Finnish baby box and Angry Birds, Finnish innovations have successfully spread all around the world.

Finnish design and architecture have a strong presence in the United States through companies such as Marimekko and beloved architect legends such as Eero Saarinen and Alvar Aalto. To showcase how Finnish design has become a part of American life in the last century, we are hosting an exhibition at the Embassy of Finland. “The Iconic and the Everyday” is open on Wednesdays and on selected weekends during the summer.

We are celebrating Finland’s centennial throughout the year. One of our biggest events, the Midsummer FinFun, will take place on Sat., June 17, at the National Mall. The prestigious location offers us a chance to organize an unforgettable, family-friendly celebration. 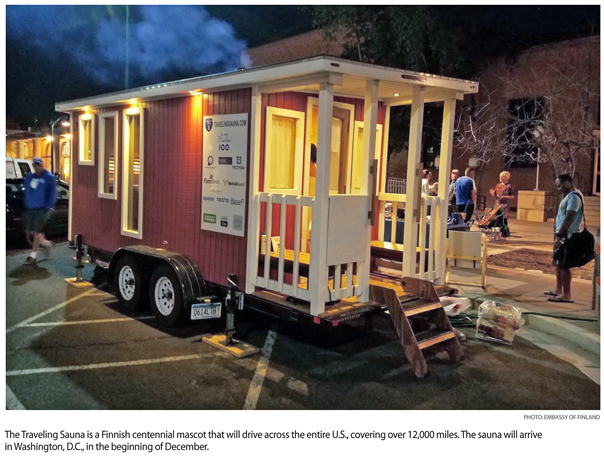 June is a special time for us. With the midnight sun in Lapland and the 4 a.m. sunrises in Helsinki, the large amount of light makes for a truly magical season. This is why Midsummer, celebrated toward the end of June, is one of our biggest yearly festivities. We would now like to introduce our American friends to the magic of Midsummer by welcoming you all to our event.

In the spirit of the Finnish Midsummer traditions, we are planning a day full of Finnish sports and other outdoor activities. Join us to try the famous Mölkky game, see dance performances and test your luck in our raffle. In between the activities, you will learn more about the land of the midnight sun and thousands of lakes.

On top of that, guests will have the chance to see a wonderful Finnish dance group, Team Ajattomat, perform. This talented troupe of women tells the story of Finland in the form of movement that combines physical challenge and artistic expression.

The celebrations will take place on June 17 from 10 a.m. until 2 p.m. at the German-American Friendship Garden between the Washington Monument and the White House. The garden borders Constitution Avenue between 15th and 17th Streets and is easily accessible by foot or public transportation. All activities will go on through the day, enabling guests to join in any time. The event is free of charge and open for everybody.

I warmly welcome you to celebrate Finland together with us!

Kirsti Kauppi (@KirstiKauppi) is the ambassador of Finland to the United States.