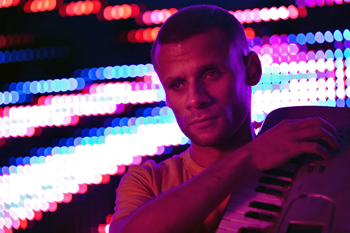 Angelica Mesiti’s “Some dance to remember, some dance to forget” is among the works in “Seven Points,” a two-part exhibition on contemporary Australian art organized by the embassy.

Australia conjures images of kangaroos and the Sydney Opera House, but you will not see either at the current art exhibit on display at the embassy — and that is precisely the point of the show.

“There are no koalas, but at the same time the works have an Australian attitude and influence,” said Bree Pickering, curator of “Seven Points (part one),” the exhibition series that opened in February.

Instead, Pickering showcases pieces by three contemporary Australian artists — Marley Dawson, Anna Kristensen and Angelica Mesiti — created while each was residing outside their country. Consequently, there is a global context to the art that is both cutting edge yet inherently Australian.

“Marley’s work, for example, is poetic but also kind of funny,” Pickering explained. “It’s as if he announces, ‘I’m going to make a big sculpture and it will have noise and be playful.'”

Pickering is describing Marley Dawson’s inclined conveyor belt with rollers, the largest attraction in the small embassy gallery. The structure resembles a miniature roller coaster built at roughly waist height on which an open wood box containing a bunch of tumbleweed goes round and round and up and down in an endless loop. Occasionally, the box goes off-track and stops. Then a kindly guest, casting furtive glances, throws out an arm to gently tap the box back into place.

“That’s great,” said Dawson, when told that people touch the art and actually move it, not typically an accepted policy in art galleries. “We didn’t ask anyone to do that. The box usually sorts itself out. But the stopping makes people anxious so they help start it.”

Dawson, 31, is interested in society’s daily grind, the getting up and going through the same routines every day. “The endless cycles” of our life, he said, “are the starting point for a lot of my work.”

Tumbleweed is the American component of that work. The well-known Australian artist moved to Washington a year ago and set up a studio in the Bloomingdale neighborhood. 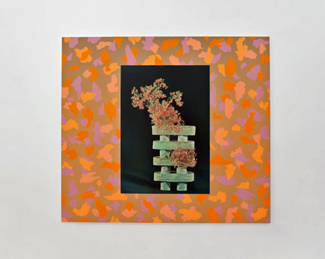 A cross-cultural undercurrent runs through all of the pieces. Angelica Mesiti’s video in a gallery anteroom covers an entire wall with the image of an Algerian man singing the Eagles’ hit song “Hotel California” in Arabic to the accompaniment of his own music. Mohammed Lamourie is a vision-impaired street performer photographed by Mesiti in Paris, where she lives.

Growing up in a diverse Sydney neighborhood, Mesiti, 36, has a keen eye for cultural performance as an expression of everyday life. The singer piqued her interest when she came upon him performing in the Paris subway.

“He’s a poor street performer who most people walked past and ignored,” Pickering said. But he seemed familiar to Mesiti because many people looked like him in the streets where she grew up and she felt a connection.

Mesiti’s artistic video is a grand synthesis — an Australian image of an Algerian man in Paris singing an American song translated into Arabic. “Contemporary ideas flowing through contemporary art is emblematic of the show,” said Pickering.

Painter Anna Kristensen, 29, also synthesizes opposing ideas. “I play with spatial depth in my paintings by contrasting the illusionary or perspectival image space inherent to figurative images, with the relatively shallow space relationships created by interacting flat colors, shapes and patterns,” she explained on the phone from the West Coast.

Kristensen paints Japanese-style Ikebana arrangements of Australian wildflowers and surrounds them with an abstract painted frame. “My intent for these works was to create an aperture to look through from the gallery space into another, pictorial, and symbolically natural space, which speaks about both architecture and landscape,” she said of “Christmas Bush” and “Drumsticks and Hebe,” both hanging in the exhibit. 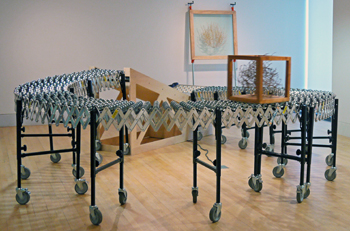 In “Drumsticks and Hebe,” the central image, a flower arrangement painted on a stretched linen canvas sits wedged in a corner of the gallery, surrounded by an un-stretched, shaped painting on polyester that is adhered to the walls and wraps around the corner. The resulting to-and-fro illusion either recedes beyond or comes forward from the frame.

“I’m giving a different take on the traditional way of looking at paintings,” she said, in reference to her incorporation of the gallery’s architecture into the work. “It’s not static. Viewers are required to move around the gallery space to experience the work and its shifting nature.”

She added: “I’m interested in the coexistence of the abstract and the representational in the one image.”

“Seven Points (part one)” runs through April, while the second series of the exhibit will open later this summer and feature four other Australian artists who have been working or are in residency programs in North America, Asia or Europe.

Throughout its 2013 cultural programming, the embassy will be showcasing contemporary Australian art, eschewing more traditional representations of the country. Organizers hope the effort, which dovetails past exhibitions that focused on indigenous art, will give Americans a new perspective on the up-and-coming talent from the land down under.

“There’s a kind of Australian confidence in all the works,” said Pickering, the curator. “They have an element of play and a bit of cheekiness.”