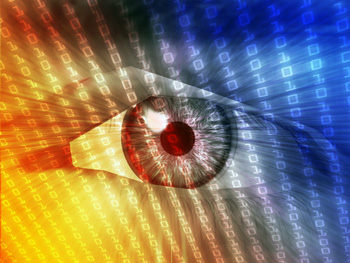 At a time when President Barack Obama’s administration was hoping to ratchet up pressure on China to curb intellectual property theft and put renewed emphasis on already-deteriorated relations with Latin America, NSA renegade contractor Edward Snowden’s geopolitical bombshell about U.S. spy practices exploded not only at home, but abroad.

“The timing of that revelation has soured the world’s attitude toward the United States and its behavior in the cyber realm just at the time we were trying to get the world focused on China. It’s just gotten smashed on the side by this runaway bus named Snowden,” he told The Diplomat.

But will the Snowden train wreck derail relations or eventually run out of steam? When WikiLeaks released hundreds of thousands of classified diplomatic cables in 2010, pundits thought the candid missives would damage America’s relationships around the world. The cables were certainly enlightening and consequential — but ultimately not destructive.

Likewise, while accusations that the NSA has been spying on Americans merit debate, Snowden didn’t expose anything new when it comes to what the eavesdropping agency does abroad: It eavesdrops.

That’s because governments spy on each other. President Obama admitted as much shortly after the scandal broke out, saying “that every intelligence service [tries] to understand the world better and what’s going on in world capitals.”

Yet just because everyone snoops doesn’t mean they want their dirty laundry aired in public. The unprecedented window into how the NSA operates is certainly a black eye for the vaunted security agency. And much like the WikiLeaks cable dump, Snowden’s revelations about the NSA’s surveillance programs have rankled governments around the world and are certain to fray ties to some extent.

Already there’s been diplomatic fallout from the scandal. In July, Bolivian President Evo Morales’s airplane was denied air space in several European countries before being forced to land in Austria. Morales and his entourage were detained for 14 hours while the plane was searched for the fugitive Snowden — an international incident widely believed to have come at the behest of someone in the U.S. government. The unusual and aggressive breach of diplomatic etiquette sparked outrage across Latin America and beyond.

It was hardly a coincidence that shortly afterward, Bolivia, Nicaragua and Venezuela offered refuge to the 30-year-old ex-security contractor (who as of press time was arranging temporary asylum in Russia).

The backlash in leftist Latin nations that relish sticking it to the United States was hardly a surprise. But even some of America’s longtime allies in privacy-conscious Europe — including Germany and France — were infuriated by reports in the Guardian and Washington Post that the U.S. routinely installed covert listening devices in European Union offices, including the bloc’s mission in D.C.

German Chancellor Angela Merkel — whose nation is especially sensitive about government spying, given its Nazi and communist past — recently called for tighter internet data protection rules in Europe.

Earlier, French President François Hollande suggested that the NSA revelations could imperil a massive pending transatlantic trade deal. “We cannot accept this kind of behavior from partners and allies,” he declared on French television.

Media outlets such as Le Monde and Foreign Policy were quick to point out the hypocrisy in Hollande’s umbrage. “If you’ve been paying attention, you know that France is a proficient, notorious and unrepentant economic spy,” wrote Adam Rawnsley in the article “Espionage? Moi?” (Interestingly, evidence of France’s rampant industrial spying comes in part from none other than WikiLeaks cables.)

And despite threats to delay the start of negotiations over the Transatlantic Trade and Investment Partnership (TTIP), those talks started on time last month.

Paal and some other Washington-based foreign policy experts — including former NSA Director Michael Hayden — told The Diplomat that leaders of foreign countries, virtually all of which also engage in espionage, will milk the scandal for as many political points as they can score at home. But the experts also said major areas of bilateral cooperation with the United States, such as security and trade, will not suffer in the long term.

“They [politicians] are going to do things for their own publics, but that passes,” Hayden said in an interview. “I don’t think this causes any long-term damage.”

Hayden, who served as NSA director from 1999 to 2005 and is widely credited with helping to usher in an era of cyber-savvy at the agency, staunchly defended the spy program. He said European outrage, in particular, is misplaced.

“I would confirm that yes, indeed, the United States does conduct espionage,” Hayden said with his tongue firmly in cheek. “Second, the Fourth Amendment that protects American privacy isn’t an international treaty and therefore doesn’t innately protect the privacy of non-Americans.

“All nations conduct espionage and frankly all of them kind of conduct it in roughly the same way — at least with the same tools,” Hayden said. “If the Europeans have complaints about American espionage, it might be simply that we are a little bit better at it than they are.”

Hayden, a retired four-star general who also served as CIA director, stopped short of calling Snowden a traitor, but he condemned his actions.

The former spy chief also said the Snowden leak was damaging not only to the United States, but to its foreign allies (some of whom have undoubtedly benefited from American intelligence on possible terrorism attacks).

“Who on this planet [now] believes the Americans can keep a secret?” Hayden asked. “This really erodes the kind of corporation that our intelligence service has with other intelligence agencies.”

Michael Shifter, president of the Inter-American Dialogue and an adjunct professor of Latin American studies at Georgetown University, agreed that the Snowden leak is a setback for U.S. relations with countries such as Ecuador and Venezuela, whose leaders have in recent months suggested a potential thaw in their deep freeze with America (also see “Snowden Makes Headlines for Ecuador, and Headaches for D.C. Ambassador” in the July 2013 issue of The Washington Diplomat).

The NSA scandal also revealed expansive U.S. spy efforts in friendly Latin countries such as Mexico, Colombia, Costa Rica and Brazil in particular, and has diminished any lingering glow of official goodwill visits by top U.S. dignitaries in Obama’s second term. That included Obama’s own trip to Mexico and Costa Rica in April, Vice President Joe Biden’s appearances in Colombia, Brazil and Trinidad and Tobago in May, and Secretary of State John Kerry’s diplomatic mission to Guatemala in June.

“It [the NSA scandal] exacerbates the already strained relationships with a handful of countries, it makes it harder to engage with those governments,” Shifter said, citing Ecuador, Bolivia and Venezuela in particular. “I think it is also a setback even for relations with friendly countries — U.S. allies in the region. Understandably, there has been a lot of solidarity and support for [opposing] what happened to Morales. It doesn’t help build confidence.”

In fact, Shifter suggested the detaining of Morales’s plane was more damaging than the spying.

“It had a huge cost and it definitely hit a nerve,” he told us. “It reinforces the worst accusations about U.S. attitudes about Latin America: that the U.S. can do whatever it wants and act the way it wants and bully Latin America and not adhere to international norms and standards without paying a price.”

He also said the plane’s forced diversion and international uproar that ensued will only boost Morales’ standing at home.

“This was a tremendous gift to Morales and Morales has taken political advantage of it, as the Venezuelans have and others have,” Shifter said. “This sort of vindicates what they have been saying all along — that the U.S. hasn’t changed its old ways. This gives them some ammunition for their argument.”

“I don’t think it should be overstated — it’s not fatal for relations,” he said. “I think governments understand that there are lots of interests at stake, and that the U.S. is an important player and a major investor and trading partner. These governments are not going to want to put that at risk. I think it should be put in the context of the effort to re-engage Latin America.”

On that note, he lamented: “There was some momentum building and I think that momentum has stalled.”

The same can be said of Obama’s campaign to shine a light on the Chinese cyber theft of American intellectual property. The president has tried to distinguish between blatant hacking of corporations like Apple for economic gain and traditional government-on-government spying — a distinction that’s likely to fall on deaf ears in the wake of the NSA imbroglio.

Paal said the Obama administration, deeply and rightly frustrated by China’s unwillingness to crack down on intellectual theft, was preparing a major initiative to recruit international pressure on the Asian giant.

“Behind the scenes, they are developing a real strategy to put the pressure on China to see if it can slow the theft of intellectual property from American corporations, which has become rampant,” the Carnegie expert said. “Everything was designed to have Obama make a big case to the president of China out [at a June presidential summit] in California and then Snowden comes out of the blue and completely frustrates the process.

“The president, I’m told, personally is very concerned about this,” Paal added.

Paal allowed that virtually all nations engage in some degree of cyber espionage, but he said cyber communications can also be used for good — to stop international child pornography or drug cartels, for example. And the Snowden affair has probably imperiled those efforts.

“All of that was headed in the right direction and then Snowden’s revelation has made it radioactive for politicians even in places like England,” he said. “If Snowden showed up at the London airport — Heathrow — I think it would be a pretty tough decision for [British Prime Minister David] Cameron to ship him onto the U.S. because of public opinion.”

Paal was attending an international conference in Europe when the NSA scandal broke and was taken aback by the reaction.

“The sense of betrayal and excess American intervention into their private communications was very strong,” Paal recalled. “Over time it will probably dissipate and we’ll get past this. But at the moment, it is hard for leaders anywhere to face their own political system and say well, it’s time to cooperate with the Americans.”