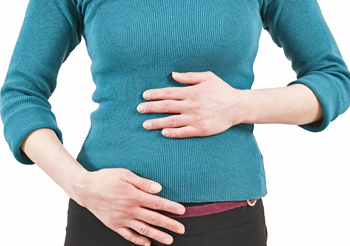 Ovarian cancer is extremely difficult to diagnose and treat. Its symptoms are often confused with other, more benign conditions like gastrointestinal problems, and by the time the disease is recognized, seven or eight out of every 10 patients already have advanced-stage cancer where survival rates are low.

Last year, according to the National Cancer Institute, there were more than 21,000 estimated new cases of ovarian cancer in the United States and 13,850 deaths. Unfortunately, even when there is a good response to initial treatment, between 70 percent and 90 percent of women with ovarian cancer eventually have a recurrence of their disease.

“Ovarian cancer is often a chronic disease,” said Dr. Barbara Goff, director of gynecologic oncology at the University of Washington and the Seattle Cancer Care Alliance. “So we need to find agents that keep the disease from growing, and at the same time are relatively nontoxic.”

That’s why doctors in the field are so excited about a new category of drugs called PARP inhibitors. PARP — short for poly (ADP-ribose) polymerase — enzymes regulate the process by which our bodies repair damaged DNA. Of course, most of the time you want damaged DNA to be repaired — but not if it’s the DNA of a cancer cell. Like their healthy counterparts, cancer cells also have DNA repair machinery that can reverse damage caused by radiation and chemotherapy drugs, helping them survive and grow uncontrollably. Research has suggested that certain types of cancer cells are more dependent on the PARP process for survival than regular cells, meaning that you can design a drug that inhibits PARP that will cause a lot more problems for your cancer than it will for the rest of your body.

Ovarian cancer is one of these types of cancer, and PARP inhibitors are a hot new field of study for the disease. At the annual meeting of the American Society of Clinical Oncology in June, the excitement over PARP combating ovarian cancer was palpable, driven by a new phase II study of a PARP inhibitor called olaparib.

Among 265 women with relapsed ovarian cancer, those taking olaparib averaged 8.4 months before progression of their disease, compared with 4.3 months among those taking placebo — or nearly twice as long, a dramatic finding.

The new trial also demonstrates that olaparib (and, theoretically, other drugs that act on the same pathway) may be effective in a larger subgroup of ovarian cancer patients than previously thought. Like many “targeted therapies,” PARP inhibitors don’t necessarily have the same effectiveness against everyone with a certain type of cancer (like ovarian or breast cancer).

A trial published last year showed that olaparib shrank tumors in women with ovarian cancer who had mutations in the BRCA1 or BRCA2 genes — inherited mutations that are associated with a high risk of developing breast or ovarian cancer. But only about 5 percent of ovarian cancer patients carry a mutation in one of those genes. The new study included not just women with BRCA mutations, but also those with “high-grade serous tumors” — cancers that in many ways look very similar to those found in BRCA1 and BRCA2 mutation carriers, but do not actually involve mutations in those genes.

The drug was effective in those women too, which significantly expands the pool of ovarian cancer patients that olaparib or another PARP inhibitor might benefit.

“Even if you don’t have a germline mutation, up to half of ovarian cancer patients have something wrong with their BRCA protein,” said Dr. Ursula Matulonis, director and program leader of medical gynecologic oncology at the Dana-Farber Cancer Institute in Boston.

Scientists at Dana-Farber have been looking for ways to overcome — and even take advantage of — the BRCA factor. Because most types of cancer cells have normal BRCA proteins, PARP inhibitors are less effective on them. To get around this, researchers have been working to convert “BRCA-competent” tumor cells to something more akin to BRCA1 mutated cells that would be sensitive to anti-PARP drugs.

In a paper published online by Nature Medicine in late June, Dr. Geoffrey Shapiro and colleagues at Dana-Farber reported that the BRCA1 repair protein is dependent on another protein, CDK1, known primarily as a regulator of the cell division cycle. When the scientists blocked CDK1 in cancer cell lines, BRCA1 function was disrupted, making the cells susceptible to being killed by a PARP inhibitor. 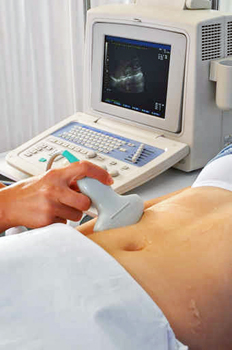 The new findings, Shapiro said in a press release, “suggest that by blocking CDK1, we can disable BRCA1 in many types of cancers and make them sensitive to a PARP inhibitor. It could extend the use of these drugs to a much larger group of patients.”

In a study involving lung cancer cells implanted in mice in the laboratory, the researchers “found that if we deplete cancer cells of CDK1, we disrupt DNA repair and the cells become very sensitive to PARP inhibitors,” said Shapiro, the senior author of the report who heads Dana-Farber’s Early Drug Development Center. Shapiro added that a clinical trial combining a CDK1 blocker and a PARP inhibitor in a variety of solid tumors is being planned.

Goff of the University of Washington said advances in this new class of PARP inhibitors holds exciting promise. “It’s also very well tolerated and doesn’t have a lot of safety concerns, so it’s a very reasonable maintenance drug that you can put a patient on for an extended period of time.”

Prior to PARP inhibitors, the only real “targeted therapy” available for patients with ovarian cancer has been bevacizumab (Avastin), an anti-angiogenesis agent. (That’s a drug that blocks the formation of new blood vessels to feed the tumor.) In a phase III study presented at last year’s American Society of Clinical Oncology meeting, patients taking bevacizumab as a “maintenance therapy” after chemotherapy went an average of 14.1 months with their disease under control, as compared to 10.3 months in patients taking a placebo.

Bevacizumab, though, is an expensive medication and has some significant side effects, including a small risk of life-threatening gastrointestinal perforations and bleeding in the lungs. Moreover, the Food and Drug Administration is still considering revoking Avastin’s approval as a treatment for breast cancer due to questions over its cost and clinically proven effectiveness.

“For certain patients, bevacizumab is definitely a good drug, but it’s very exciting to have a new option, an oral medication that is relatively nontoxic. In this study, most patients were able to stay on the drug and tolerated it very well,” said Goff.

This is not likely to be the last such advance. PARP inhibitors are a big area of interest for cancer researchers, and there are several more agents in the pipeline that could be used to treat not only ovarian cancer, but other types of cancer as well. And because ovarian cancer is the fifth leading cancer killer of women, is very difficult to detect in its early stages, and one in 55 women will develop the disease during her lifetime, that’s encouraging news indeed.