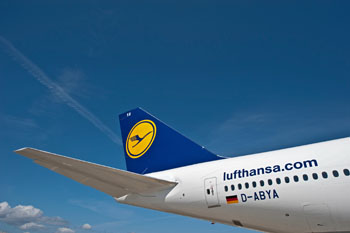 Tensions are continuing to escalate between the European Union and countries around the globe as the EU maintains its implementation of the Emissions Trading Scheme (EU ETS), which went into effect for airlines on January 1 of this year.

The ETS is the EU’s attempt to combat climate change through the regulation of aviation greenhouse gases, assigning a carbon emissions tax on non-EU airlines flying into and out of its member states. The EU has said that its goal is for airlines to cut their emissions from their 2006 levels by 3 percent by 2013 and 5 percent by 2020. Two percent of all global man-made carbon emissions are attributed to aviation.

U.S. airlines, however, along with their counterparts in nations such as China and Russia, have balked at being forced to pay millions of dollars in fees based on how many tons of carbon dioxide their aircraft emit and have threatened to retaliate (airlines wouldn’t need to pay until the start of next year, although the EU began collecting data on emissions when ETS when into effect this January).

Lufthansa’s Boeing 747-8 Intercontinental recently flew into Dulles International Airport from Frankfurt on its inaugural route. Tensions have been growing though between the U.S. and European Union over a carbon emissions tax on all non-EU airlines flying into and out of its member states.

A major point of contention is that the EU calculation of carbon emissions is for entire flights entering or leaving its member states — including trips over international waters — and not just for the portion of travel over European airspace. Opponents of the tax regard this as an infringement of sovereignty and international laws governing aviation.

“We remain strongly opposed, on both legal and policy grounds, to the imposition of ETS on U.S. and other non-EU airlines,” said LaHood. “We share the EU’s objective of reducing aviation’s impact on the environment…. However, including international aviation in the EU ETS is the wrong way to achieve the right objective.”

Nancy Young, vice president for environmental affairs at Airlines for America (A4A), an airlines trade association, echoed LaHood’s position in her testimony before the Senate committee. “The unilateral imposition of the cap-tax-and-trade scheme on U.S. citizens and U.S. companies is a clear violation of U.S. sovereignty and the treaties governing international aviation and commerce.”

In addition, the A4A has raised concerns that there is no clear indicator that the EU is planning on using the tax revenue raised through ETS — estimated to be $3.1 billion from now until 2020 — for actual environmental purposes.

“Someone will have to pay for that,” said Young. “The impact [will be felt] by the airlines and the traveling public and we don’t want to see flights restricted.”

LaHood urged the EU to work with the International Civil Aviation Organization (ICAO) to devise a “global solution” for aviation greenhouse gases. The ICAO, a United Nations agency created in 1944 and based in Montreal, regulates and sets standards for international civil aviation.

Under the EU ETS, the emissions tax starts accruing at the time the airplane is engaged — even before it begins taxing from the gate. According to a figure provided by A4A, on a flight from San Francisco to London, the total emissions breakdown is: 29 percent in U.S. airspace, 37 percent over Canadian airspace, 25 percent over the high seas and less than 9 percent over EU airspace.

“Every dime of this tax they’re trying to put on our domestic airline industry could go to anything they want to spend money on in their government,” McCaskill said. “So not only is it taxing us for flying over airspace that has nothing to do with the EU, but it doesn’t even have to be used for the stated purpose of why they’re collecting the money in the first place.”

Also in their Senate hearing remarks, McCaskill and Young both urged LaHood to consider filing an Article 84, which permits ICAO members to file a complaint against other members for violating “the cardinal principle of state sovereignty” outlined in the Convention on International Civil Aviation, frequently referred to as the Chicago Convention, a treaty that was signed in 1944 by 52 members to regulate aviation. The convention states “that every country has jurisdiction over its own airspace.”

“Reducing these violations to mere legal citations does not do them justice,” said Young. “What is at stake here is nothing less than U.S. sovereignty. The U.S. must now take concrete legal action to overturn the application of the EU ETS.”

Other countries, like India, are said to be considering an Article 84 complaint as well, and some 40 countries, including Russia and China, have opposed the EU’s actions and prohibited their airlines from participating in the EU scheme. Russia and China have taken a more aggressive stance than the United States so far. Russia has restricted some of its airspace for European flights and China has suspended $12 billion worth of orders from Airbus, a French-based aircraft carrier.

More recently, Reuters reported that Beijing could impound European aircraft if the EU punishes Chinese airlines for not complying with its scheme to curb carbon emissions, ratcheting up the possibility of tit-for-tat reprisals.

In March, Connie Hedegaard, the EU minister for climate action, said the EU would support a global agreement on greenhouse gas reductions but that the ETS would “continue to apply to all aircraft operators using airports in EU territory.”

“Nobody can deny Europe the credit for moving sustainability up the global agenda,” said Tony Tyler, the director general and chief executive officer of the International Air Transport Association (IATA), an international aviation trade association, at the organization’s annual meeting in Beijing last month. But he also warned that “sustainability should unite the world with common purpose, not divide it with affronts to sovereignty that risk a trade war.”

“Europe seems more committed to implementing its ETS unilaterally than to sincerely negotiating a multilateral agreement,” Tyler said. “For Europe’s international counterparts, it’s like being asked to negotiate with a gun to their head.”