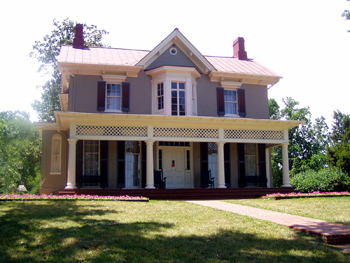 “It just started with wanting to know where my favorite authors from D.C. lived. It was a strange little hobby.”

In 2002, Kim Roberts was digging through a collection of Walt Whitman’s letters, written while he lived in various boarding houses around Washington. She had the addresses, but what she really wanted to know was how Whitman lived day to day. She found the answers in letters to his mother, Louisa Van Velsor Whitman. “What do you write to your mother?” asked Roberts. “You tell her if the landlady is nice, how the food is and whether your bed is lumpy. Because that’s what mothers want to know.”

The Anacostia home of abolitionist Frederick Douglass is now a museum.

Whitman moved to Washington in December of 1862, when he volunteered as a nurse in army hospitals during the Civil War. For years, he struggled to find and keep jobs in the government as his controversial poetry collection “Leaves of Grass” was criticized as obscene for its sexual themes and content. He went on to publish “O Captain! My Captain!” about the assassination of President Abraham Lincoln, which elevated his name in the literary community. It was here in the District that he continued to add new poems to “Leaves of Grass,” releasing several new editions until it became the 400-plus volume still published today. He also kept up the letters to his mother, mentioning visits with his friends and colleagues.

“He would write about walking to this person’s house or meeting another person around the corner, so that’s what led me to other writers,” said Roberts. “I realized these people lived in the neighborhood and I started tracking down their addresses, too.”

And so began an extensive online project called DC Writers’ Home to document the homes of literary authors who once lived in the greater D.C. area, from novelists to poets to playwrights. At last count, the project had over 270 writers on its roster, including U.S. Poet Laureate Louise Bogan; Cuban poet Mariano Brull; jazz legend Duke Ellington; “first woman of American theater” Helen Hayes; influential Black Arts Movement poet Gaston Neal; and first lady Eleanor Roosevelt. There are also various foreign diplomats who moonlighted as writers on the list, including Andrei Gromyko of the Soviet Union, France’s Jean Jules Jusserand and China’s Tcheng Yu-hsiu.

Roberts herself is the author of four poetry books and an editor of Beltway Poetry Quarterly. In 2010, she published “Full Moon on K Street: Poems About Washington, DC,” by which time her collection of writers’ addresses had grown substantially. She asked her friend and fellow writer Dan Vera to help her continue the project. 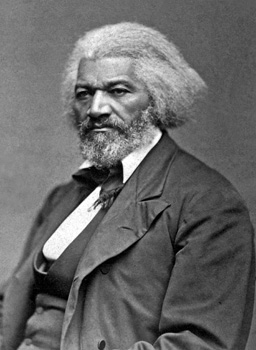 They began a ritual of research that included extensive digging through old phone books, city directories and correspondence. Once they confirmed an address, they made the trip and Vera snapped some photos.

“We already had a substantial number of houses, very few of which were marked by historic plaques,” said Roberts. “People who lived there had no idea.”

In 2011, they secured a grant from the Humanities Council of Washington, DC to turn the list into a website. Each D.C. writer was given a page with a headshot, a bio and, of course, an address.

Organized in several ways, visitors can search for specific authors alphabetically or by neighborhood — or, which Roberts gleefully recommends, you can browse the site’s many categories. “We have eight new ones, including children’s literature, society hostesses and religious leaders,” she said. “I’m excited about that one.”

But no matter the method, viewing the collection is overwhelming. The site perfectly illustrates the enormous attraction and influence the city has had on writers for over a century. The list of names is long and diverse, the neighborhood maps crowded with dots. “What we love is the combination of people who are famous and people who are new discoveries,” Roberts said. “A literary community isn’t just made up of famous names. People who we’re not reading any more were really important at the time. They added to the texture of the city.”

Nevertheless, the map is not starved for stars. Sinclair Lewis lived at 3028 Q St., NW, in Georgetown in the 1920s, where he wrote “Main Street,” “Babbitt” and “Elmer Gantry.” Betty Friedan and Christopher Hitchens both lived in Wyoming Apartments in Kalorama. Cedar Hill, the Anacostia home of abolitionist Frederick Douglass, is now a museum that features a recreation of the small stone outbuilding he used as his writing studio. Ezra Pound was technically a D.C. resident, though not willingly. After being accused of treason, he was institutionalized at St. Elizabeths Hospital from 1946 to 1958.

Nora Ephron and Carl Bernstein lived at the Ontario in Adams Morgan. Ephron’s name is featured on Roberts’s list but her ex-husband is not. That’s because Bernstein was a journalist and never published literary work, which is one of the site’s rules of membership. The writer also has to be deceased and the home must still be standing.

“There are many writers who lived here and we can’t include them because the building was knocked down,” Roberts said.

The rules do, however, allow for several pages showcasing names that might not have “writer” listed at the top of their resumes. TV host and cookbook legend Julia Child (listed in the “spies” category) wins entry because of her 2006 memoir, “My Life in France.” President Ulysses S. Grant also got in with his memoirs, published by Mark Twain.

And the list promises to grow. Roberts said they often get tips from readers, sharing possible addresses or just rumors that can fuel a discovery. And despite the occasional dead end or heartbreaking reveal of a torn-down home, the site’s founders don’t give up easily. They even posted a list of mystery residencies yet to be nailed down, asking for the public’s help.

“If anyone ever hears about a writer living in their neighborhood, we want to hear about it.”