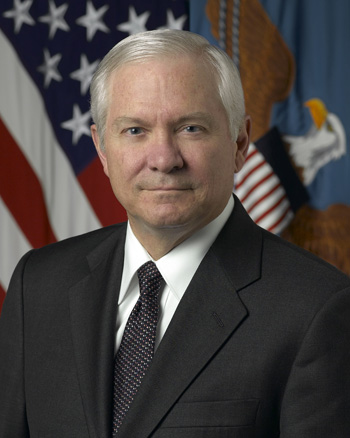 Mario Cuomo, a three-term governor of New York, famously remarked that political campaigning is poetry, but the act of governing is prose. While few have detected much poetry in the current presidential campaign, the next occupant of the White House will have to write a lot of prose in order to tackle the daunting foreign policy and domestic challenges facing the United States.

Robert Gates, a former CIA director who served as secretary of defense for Presidents George W. Bush and Barack Obama, has written a book that both Hillary Clinton and Donald Trump should find instructive: “A Passion for Leadership: Lessons on Change and Reform from Fifty Years of Public Service.”

The goal of the book is to offer leaders specific ideas and techniques to improve both public and private sector organizations. “Reform is not a luxury but a necessity,” Gates writes. “Failure to fix our institutions, and to do so urgently, can have catastrophic consequences for our way of life, our financial security, our national security, our freedoms, and, at times, our very lives.”

Gates worked in the U.S. government for half a century — as an Air Force officer, CIA official and member of the National Security Council. He served four administrations and eight presidents. Gates was deputy director of the CIA from 1986 to 1989, deputy national security advisor from 1989 to 1991, director of the CIA from 1991 to 1993 and secretary of defense from 2006 to 2011. In addition, he was the president of Texas A&M University and is chancellor of the College of William and Mary, as well as president of the Boy Scouts of America.

He is the author of two other books, including his much-discussed “Duty: Memoirs of a Secretary at War,” which touches briefly on the early periods of his government career, but sharply focuses on his four and a half years leading the Pentagon. It’s a candid and caustic account that expresses deep respect for America’s troops and profound frustration with the American political system. Gates described his tenure as a period of unending war — in Iraq, Afghanistan, against terrorism and also with Congress and the often change-resistant Pentagon bureaucracy.

“A Passion for Leadership” draws on Gates’s wealth of experiences, especially his work at the Defense Department, CIA and Texas A&M. If “Duty” was partly a lament about the government’s frequent failure to function, this book is a guide on how to effectively run large organizations, especially government agencies.

A central premise is that Americans have a lot of government and it doesn’t always work very well. Gates chronicles a litany of government failures over the past decade and a half: U.S. intelligence lapses before the 9/11 attacks; the lack of financial regulatory oversight prior to the 2008 financial crisis; the Federal Emergency Management Agency’s handling of Hurricane Katrina; the Bush administration’s lackluster planning after the 2003 invasion of Iraq; woeful outpatient treatment at Walter Reed Medical Center; poor service at the Veterans Administration; scandals within the IRS and Secret Service; flawed initial handling of the Ebola outbreak by the Centers for Disease Control; the botched launch of the Affordable Care Act website; shifting and randomly enforced airport security rules; underperforming public schools; and the nation’s porous southern border. Surveying this record of failure, Gates finds wisdom in a comment attributed to Napoleon: “Never mistake for malice that which is easily explained by stupidity or incompetence.” 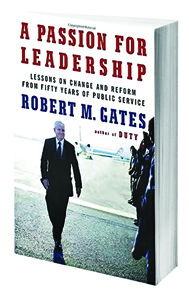 But Gates believes bureaucracies can be made to work better and describes examples from his tenure at the CIA, Texas A&M and the DoD. He stipulates that reform is hard, especially of public institutions. Among the reasons he blames for this inertia: Leaders often report to elected officials who are more focused on re-election than meaningful change; government funding sometimes flows erratically, often because of political stalemate; the quality of oversight boards is uneven and overseers often lack managerial or leadership experience; employees have substantial job security but few incentives to change; and reform often must take place under the relentless and unforgiving glare of the media.

Gates describes a number of reform efforts he led, the most striking example of which may have come from his presidency at Texas A&M. He had inherited a bold but probably overly ambitious agenda from his predecessor, Ray Bowen. After consulting with faculty, staff and students, Gates decided to narrow his sights. He settled on a far-reaching but more manageable plan, communicated his vision, reached out to stakeholders and worked relentlessly to make changes while also respecting the school’s core values.

Specifically, Bowen had proposed that Texas A&M aspire to be one of the 10 best public universities in the United States by 2020. Bowen commissioned a two-year study that resulted in a document called Vision 2020, which included 12 broad recommendations. When Gates assumed the presidency of Texas A&M, he studied the plan and concluded it was impressive, but too sweeping to accomplish at once.

“To tackle change on so many fronts at once would be a formula for paralysis if not disaster,” he writes. So he limited his agenda to a handful of important items: hiring more faculty; increasing salaries; creating more graduate fellowships and increasing other financial aid; addressing the shortages of classroom and laboratory space; and intensifying the recruitment of minority students. Gates explained his plan to key constituencies, established clear priorities, decided which tasks he should lead and which to delegate, and developed specific deadlines.

The most difficult part, he writes, was implementation — “where good intentions too often go to die.” Gates argues that the key to avoiding the implementation quagmire is clarity, transparency and tight deadlines. “If I were limited to just one suggestion for implementing change in a bureaucracy, it would be to impose short deadlines on virtually every endeavor, deadlines that are enforced,” he writes. 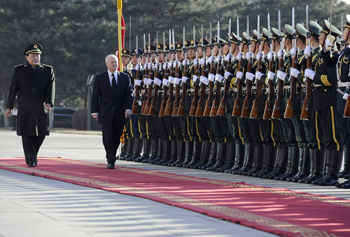 Gates believes that leaders should take time to think and not be prisoners of their inbox. When he was in senior policymaking positions, he tried to set aside at least an hour a day to work on projects he deemed important, setting aside at least briefly the demands of others. Gates is a strong proponent of carefully organized, and strictly limited, task forces to help tackle specific problems. He argues that leaders should be disciplined and driven, but also humane.

“You can be the toughest, most demanding leader on the planet and still treat people with respect and dignity,” he writes. To that end, dismissing long-time employees should be done with respect and with public acknowledgement of their contributions.

Times of austerity and retrenchment provide opportunities to institute reforms, he argues, but adds that hard decisions should be made to eliminate functions rather than just trim at the edges or institute across-the-board spending cuts.

Important leadership qualities, Gates says, include integrity, character and restraint. “Never miss a good chance to shut up…. Silence and restraint are essential, if undervalued tools of leadership,” he writes. 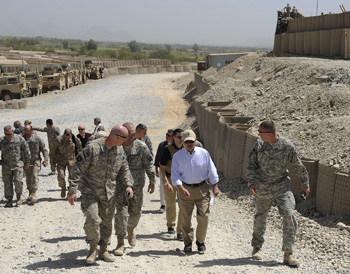 According to Gates, careful planning and a steady temperament are more important than a soaring intellect. He admits that he was never the smartest person in the room, but was successful because he was able to listen, analyze large and diverse amounts of information, come up with practical solutions and act boldly. “Being a disruptive reformer is a high-wire act, no matter how long one does it,” he writes. But he adds that leaders must know when to leave and not stay longer than they are productive.

“A Passion for Leadership” is a solid read, packed with common sense and practical examples. Gates does not offer bold new theories of management or blindingly original insights, but his tangible suggestions to improve organizations are valuable.

I especially agree with his conviction about the importance of a focused, even limited, agenda. This is true in endeavors large and small and should be understood by the winner of the November election. “The greatest American presidents have three or four major accomplishments for which they are remembered. If a leader is too ambitious, he will dissipate his energy and focus, lose momentum, and fail. Within the broader agenda for change, a leader must choose his priorities with great care,” Gates advises.

There are two major questions related to leadership and management, however, that I wish Gates had addressed more fully.

First, is systemic reform of government even possible? Gates ran the Pentagon, the largest government agency in the world, but he focused on fixing a few major areas rather than trying to restructure its entire operations. Is it even possible to make the entire federal government more effective? Or should government reform be viewed as an agency-by-agency, program-by-program battle?

Second, can a leader do anything to ensure that reforms endure and outlast his or her tenure? Is this too much to ask? Should we just ask leaders to make significant reforms while they are serving — and hope these reforms provide a model and inspiration for others in the future? Or does this leave too much to chance for the next generation of leaders?