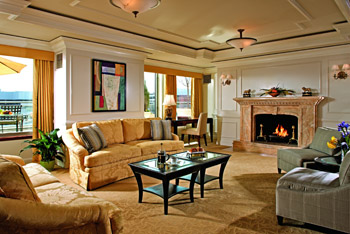 As a two-day global nuclear security summit ramps up in Washington this month, it’s not just administration and Capitol Hill staffers who’ll be working at a frenetic pace. There’s another behind-the-scenes group running around equally fast.

And while these employees may not be government officials, they’re likely to be sacrificing just as much sleep ironing out diplomatic details to keep heads of state and their entourages happy.

These people run the show at the city’s finest hotels — hospitality workers who must approach their jobs with the gusto of international relations specialists. As summit talks get under way April 12 and 13, hoteliers will be making their own preparations in guest rooms and banquet halls around the city — perhaps readying a club-level suite for one delegation, or maybe arranging a private dinner of native cuisine for another.

And they’re having a blast.

“To us, the nuclear summit is so exciting,” said Suzie Sims, director of diplomatic travel at the Ritz-Carlton, Washington, D.C. “A lot of hotels are afraid it’s going to be crazy, but we can’t wait.”

It’s the kind of attitude one could expect only in Washington, where a number of luxury hotels have built large portions of their business around the area’s international community. Employees like Sims coordinate with presidents, ambassadors and celebrities in ways that hospitality professionals in other cities can only dream of.

Which is perhaps why a 10-year anniversary seems especially significant at the Ritz. The simple decade mark at most hotels might seem prosaic, but it’s not everywhere that such an occasion can be commemorated by a thick guest book overflowing with the signatures of everyone from President Barack Obama and Yasser Arafat to Michael Jordan and Lady Ga Ga.

“The moments in history that we experience here are just extraordinary,” said Rosanna Broadbent, the hotel’s diplomatic liaison and events manager. “We meet so many fascinating people and learn so much about other cultures. It’s truly amazing.”

Chatting with Broadbent, Sims and another staffer, it was easy to see just how much diplomatic relations is part of everyday duties for these three coordinators. They exude a genuine excitement as they discuss — with a good deal of animation — their favorite moments at the Ritz.

There was the time when patrons at the hotel bar recognized Margaret Thatcher and greeted her with a standing ovation, as the piano player performed her favorite song, “A Nightingale Sang in Berkeley Square.” And the time when El Salvadorian President Antonio Saca, who, after getting to know hotel employees on previous trips, was greeted in a staff cafeteria adorned with welcoming decorations and a home-cooked meal. 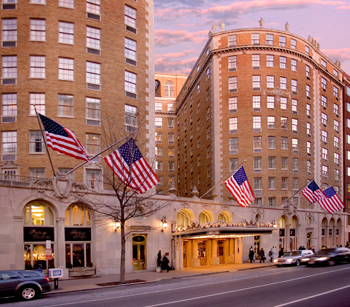 The Renaissance Mayflower, dubbed Washington’s “second best address” by President Harry Truman, is marking its 85th anniversary this year with a collection of items returned to the hotel courtesy of an amnesty program — including everything from banquet chairs to a general manager’s cufflinks to a silver champagne bucket, china, crystal and more.

It’s clear that along with cultural awareness comes cultural sensitivity and appreciation. One year for example, Ritz staff converted the entire ninth floor for Iftar (the evening meal when Muslims break Ramadan fasting) during a five-day visit from a Middle East delegation. Given its reputation for service, some delegations have opted to stay at the Ritz even when it’s meant commuting to other states. In 2007, for instance, the hotel hosted Palestinian leaders who traveled to Maryland for the Annapolis peace conference.

But one of the most momentous occasions occurred shortly after Sept. 11, 2001, at an event hosted by future Afghan President Hamid Karzai. Preparations for the evening went up to the last minute in the hotel’s ballroom, where seamstresses rushed to complete the new country flag in time.

“The Afghan flag that flies over the Washington embassy today was completed in the Ritz-Carlton’s ballroom,” noted Sims.

Such moments could only take place in the nation’s capitol, where international relations has long been an integral part of hotel history and lore (also see “History Checks In” in the April 2002 issue of The Washington Diplomat).

At the area’s historic properties — the Willard InterContinental Washington, the Hay-Adams and the handful of others that opened in the city’s infancy — stories like those told at the 10-year-old Ritz have piled up over the decades, and could fill entire reams of guest books. And there’s no better time to look back at those stories than during a birthday celebration.

At the Renaissance Mayflower Hotel, which is celebrating its 85th anniversary this year, the property’s director of sales laughed amicably when asked to share a few of his favorite diplomatic moments in the hotel’s history.

“There are so many, I wouldn’t even know where to begin,” said Keith McClinsey, who also serves as the hotel’s self-made historian. 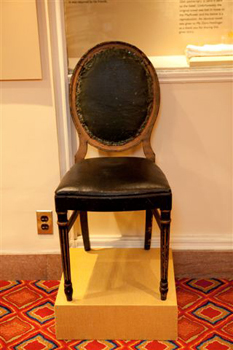 Exactly how many political celebrities have walked through the Mayflower’s stately doors is unknown. It would perhaps be easier to count those who have never stayed at the Connecticut Avenue landmark. “From the moment the Mayflower opened 85 years ago, the hotel’s been a second home to the international community,” McClinsey said.

In the early 1970s, when the Mayflower still included apartment rentals, the hotel became a literal home to Chinese diplomats as they waited for embassy construction to be completed. They hunkered down in private units and makeshift offices that made the Mayflower, in McClinsey’s words, the “unofficial Chinese embassy for several months.”

In the 1930s, the property hosted Japan’s imperial prince and princess, who shook hands with more than 2,000 hotel guests during a stop on their honeymoon around the world. Between 1945 and 1960 alone, the hotel hosted the kings of Morocco, Thailand and Indonesia, the Duke and Duchess of Windsor, and Soviet Premier Nikita Khrushchev, plus hundreds of diplomats and other members of the international elite.

“Entertaining royalty and foreign dignitaries has always been an everyday affair at the Mayflower,” McClinsey wrote in his introduction to “Washington, D.C.’s Mayflower Hotel,” a book published in 2007 as part of Arcadia Publishing’s “Images of America” series. “The hotel has been continuously the scene of functions given by and for distinguished visitors from around the world.”

Not all visits have been as “distinguished” as others. Monica Lewinsky sought refuge in the hotel during the impeachment proceedings of President Clinton, and more recently, the hotel was the site of former New York Gov. Eliot Spitzer’s notorious rendezvous with a high-priced call girl.

Another sobering bit of history — albeit less scandalous — the hotel was the recipient of the city’s first post-prohibition liquor license (a big milestone for inaugural dinners and other events).

The Mayflower has already celebrated a number of important anniversaries already, and McClinsey’s office is a museum of sorts that memorializes all of them. Framed news clippings commemorate 75th and 80th anniversary milestones. Bookshelves are lined with weathered copies of “The Mayflower Log,” a monthly publication that once reported on events and guests at the hotel. Artifacts are also scattered throughout the property: an old urn here; a base plate there.

Around the corner, a celebratory display of pilfered hotel antiques — recovered from guests through a “just for fun” amnesty program — includes an original banquet chair that could’ve seated any number of international leaders in the Mayflower’s early days.

“Amazingly, I’m always learning something new,” McClinsey said. “The new challenge is figuring out how to preserve what’s happening now for future generations.”

What’s happening now is certainly a lot. Guests for the upcoming nuclear summit at the White House will be staying here this month, as will a number of delegations and international celebrities in the coming months.

And while the hotel’s parent company has a global sales office to handle diplomatic inquiries for all Marriott properties, the Mayflower’s guest services manager has developed his own network of embassy officials who rely on him for special events and out-of-town guest bookings. 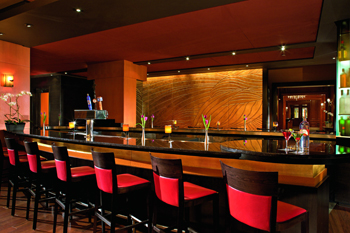 Once, at the Ritz-Carlton bar, patrons at the hotel recognized Margaret Thatcher and greeted her with a standing ovation, as the piano player performed her favorite song, “A Nightingale Sang in Berkeley Square.”

It’s how history continues to be made at historic hotels like the Mayflower, where housekeeping staff is accustomed to working with the Secret Service, as well as newer properties like the Ritz-Carlton, where staff members represent 30 nationalities.

“It could only happen in Washington,” said the Ritz’s Broadbent. “It’s why we always do whatever we can to make guests really feel welcome … by understanding their cultures and bringing it here as much as possible.”