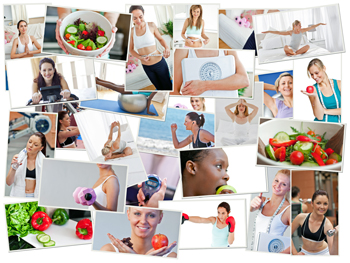 When it comes to cancer, we often think of what happens after the diagnosis. There is the agonizing analysis of treatment options — from the Cadillac battle plan of chemotherapy, to the newer models of genetically targeted therapies and other cutting-edge advances. We pore over the latest clinical trials or the newest drugs. But many of us often lose sight of the basics in this age-old fight: how to prevent a cancer diagnosis in the first place.

Not all cancers, of course, are preventable. Some, like breast and ovarian cancer, can be tied to genetic mutations in certain people. In other cases, the reasons why cancer strikes otherwise seemingly healthy individuals can be a complete mystery.

But a large portion of cancer cases can, in fact, be prevented. The World Cancer Research Fund, for example, argues that the majority of cancer cases stem from environmental factors, many of them controllable.

While medical estimates typically hold that about a third of all cancers are due to outside factors like behavior and the environment, a few leading experts and researchers are venturing beyond those figures.

The American Cancer Society says one third of all cancer deaths in the United States each year are linked to diet and physical activity, including being overweight or obese, while tobacco products cause another third. Other studies go further than that.

“Only 5-10% of all cancer cases can be attributed to genetic defects, whereas the remaining 90-95% have their roots in the environment and lifestyle,” said a 2008 article in the scientific journal Pharmaceutical Research. The lead author, Bharat B. Aggarwal, is a professor at the University of Texas MD Anderson Cancer Center, consistently ranked the best cancer center in the country by U.S. News and World Report.

The well-established link between tobacco and cancer may not be news for many people in the United States, but around the world, it remains an underappreciated killer. The World Health Organization (WHO) says that tobacco use is the most important risk factor for cancer, causing 22 percent of global cancer deaths and 71 percent of global lung cancer deaths.

In fact, despite myriad treatment advances, cancer remains the leading cause of death around the planet, according to WHO, which predicts that deaths from cancer worldwide will jump from 7.6 million in 2008 to an estimated 13 million in 2030.

That’s why the area of prevention is just as critical as treatments. Yet two of the most important lifestyle factors often cited in cancer statistics — obesity and diet — appear to be among the least well understood.

A 2010 survey by the American Institute for Cancer Research found that 94 percent of those polled knew about the cancer risks associated with tobacco use, but only 51 percent were aware of any link between obesity and cancer.

In January 2013, a poll on obesity and its consequences conducted by the Associated Press and the University of Chicago’s NORC Center for Public Affairs Research found that while 78 percent of the roughly 1,000 Americans interviewed connected obesity to heart disease, only 7 percent mentioned cancer.

Why is the general public seemingly unaware of this critical information? One reason might be the changing and often uncertain state of evidence. Definitively establishing causality between food and certain types of cancer isn’t easy. There’s also the reluctance of mainstream medicine to embrace this line of research — writing about the latest high-tech tool or therapy can be sexier than repeating the simple mantra of watch what you eat and stay active. It hasn’t helped that early adopters of the modern food-for-health movement were often devotees of alternative medicine, defined for much of the 20th century as unscientific.

“By 2005, we knew that obesity played a huge role in cancer development, but we’re only now building on it” to undertake increasingly sophisticated research and translate findings into practical recommendations about diet, said Clare McKindley, a clinical dietitian at MD Anderson Cancer Center.

Thousands of scientific studies around the world have now examined body weight, exercise and dietary factors important in the prevention and treatment of cancer, McKindley told The Diplomat. However, she noted that the biological systems involved are complex and in many cases the cause-and-effect connections remain unclear.

In fact, the biological mechanism of how fat affects cancer cells remains somewhat of a mystery.

Ivana Vucenik, an associate professor at the University of Maryland School of Medicine and the graduate program director in the school’s Department of Medical and Research Technology, researches the molecular mechanisms of cancer cell growth and the anticancer functions of dietary compounds.

In the search to elucidate the connection between obesity and cancer, she cited a key 2004 study by Eugenia Calle published by the New England Journal of Medicine that found increased body weight specifically associated with increased death rates in cancer patients. The study “challenged the rest of us working in the field to find the underlying mechanism,” Vucenik told The Diplomat.

Scientists have now learned that fat tissue is actually an organ that produces and secretes hormones such as estrogen and leptin, Vucenik wrote in an overview paper published last year. These fat-produced hormones influence body mechanics such as inflammation and, in the case of leptin, appetite control.

Similarly, researchers have found that insulin, the pancreas hormone that regulates blood sugar, and the insulin-like growth factor IGF can both promote cell proliferation — encouraging tumors to grow in people who have diabetes or serious weight problems, Vucenik explained.

Last fall, researchers at the University of Texas Health Science Center showed how extra fat cells in animals can fuel tumor growth. Working with lab mice, the group discovered that tumors actively recruit young and somewhat unformed fat cells, emitting a signal that attracts these undeveloped cells. (The cells in question are found in abundance in obese animals, while their numbers go down dramatically in animals that are lean.) Unfortunately, when the young fat cells arrive at the cancer tumor, they get sucked into a network of blood vessels where they’re put to work strengthening the tumor, keeping it well fed and helping it expand.

“The next step in this research would be to inactivate fat progenitor cells in an effort to slow cancer progression,” added senior study author Mikhail Kolonin.

The science behind cancer and obesity and, more broadly, food is still evolving and can at times be downright confusing. One minute it seems there’s a study that touts the cancer-fighting effects of coffee or fish, for instance, only to be debunked a minute later by another study. And beyond the ability of everyday foods to prevent cancer, there’s a whole world of unanswered questions about how our complex, chemically altered food chain impacts our health — from artificial sweeteners, to genetically modified staples such as corn and soy, to the chemicals in the containers that hold our food.

The science is in constant flux, but there are general, common sense recommendations for cancer prevention that interweave healthy diet patterns, exercise and stress management, McKindley said. The basics include maintaining a healthy weight, choosing mostly plant foods, limiting red meat, and avoiding processed meat. One key bit of advice: “Be physically active every day in any way for 30 minutes or more,” she advised.

The American Cancer Society recommends limiting sedentary behavior, such as sitting in front of the computer or lying on the couch watching TV for hours on end, both of which have been shown to be far more detrimental to health than previously thought. The group also advises eating at least two and a half cups of vegetables and fruit each day, and choosing whole grains instead of refined grain products.

When it comes to diet, though, there is no single bullet that will prevent cancer, McKindley emphasized. However, there’s good evidence that some foods can decrease cancer risk while others will likely raise it.

The American Institute for Cancer Research (AICR), which fosters research on diet and prevention, and the World Cancer Research Fund (WCRF), a nonprofit umbrella for charities specializing in cancer prevention, have set up the Continuous Update Project (CUP) that puts new research about cancer and lifestyle into an evidence database as it is published worldwide.

McKindley said CUP can be a big help to health professionals who are formulating specific recommendations for cancer prevention or tailoring diets for cancer patients.

For example, she said that based on recent research, it’s probable that non-starchy vegetables such as asparagus, broccoli and kale as well as fruits decrease the risk of head and neck cancer; vegetables containing allium such as onions and garlic probably do the same thing for stomach cancer.

Foods such as tomatoes that contain lycopene probably decrease the risk of prostate cancer, as does the selenium in Brazil nuts, shrimp and tuna, while the folate in dark green leafy veggies probably lowers the risk of pancreatic cancer, McKindley said.

Other tips: avoid sugary drinks, limit alcohol (two drinks a day for men and one drink a day for women, preferably red wine), cut back on the salt and get moving.

McKindley warned that people who go too long without food, more than five or six hours, develop a stress response that can lead to feelings of hunger and loss of control over diet plans.

These incremental steps can go a long way toward reducing overall cancer risk. Breast cancer is a prime example of how this simple message often gets trumped by more specific headline-grabbing discoveries. For instance, while women who carry the BRCA1 and BRCA2 mutation have a significantly higher chance of developing breast and ovarian cancer than women who don’t, only 5 to 10 percent of all breast cancer cases are attributed to these genes.

For the majority of women, there are probably a host of common environmental factors at play. A sweeping 2007 report by AICR and WCRF found “convincing” evidence that breastfeeding decreases breast cancer risk, while alcoholic drinks increase it. There was also strong evidence that limiting body fat and staying physically active helped to fend off the disease.

“This study represents the clearest picture we have ever had on how lifestyle affects a woman’s risk of breast cancer,” said Dr. Martin Wiseman, a medical and scientific adviser for AICR and WCRF. “We are now more certain than ever that by maintaining a healthy weight, being physically active and limiting the amount of alcohol they drink, women can dramatically reduce their risk.”

Added AICR Director of Research Susan Higginbotham: “We estimate that almost 40 percent of breast cancer cases in the U.S. — or about 70,000 cases every year — could be prevented by making these straightforward everyday changes.”