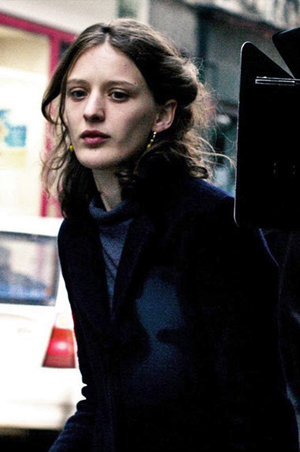 At the 2015 Sundance Film Festival, French filmmaker Mia Hansen-Løve hosted screenings of her fourth narrative feature, “Eden,” an autobiographical tale that she co-wrote with her brother Sven Hansen-Løve based on his modest rise and more dramatic fall as a French garage house music DJ in the 1990s.

Mia Hansen-Løve’s first two films, “All Is Forgiven” and “Father of My Children,” made their world premieres at the prestigious Cannes Film Festival. Her third film, “Goodbye First Love,” got love from the critics after debuting at the Locarno International Film Festival. At Sundance, “Eden” was slotted in the Spectrum sidebar, the festival programmers’ favorite picks from leading international film festivals.

In between screenings at Sundance, Hansen-Løve retreated to a quiet house just one block from the crowds on Main Street in Park City, Utah, but she didn’t take too much of a breather. She squeezed into her hectic schedule a one-on-one chat with The Washington Diplomat and proved to be an earnest interview subject. Soft-spoken and humble, she apologized for her English even though it was excellent.

Mia Hansen-Løve directed “Eden” based on her brother Sven’s life as a DJ in the French electronic dance music scene of the 1990s.

Hansen-Løve was pleasantly surprised that I saw her teenage acting debut in “Late August, Early September,” directed by acclaimed French auteur Olivier Assayas, who later become her husband. “I’ve changed a lot since then. I was lucky to be in Olivier’s film by chance. I was in high school at the time. I was 16, 17. My parents weren’t working in the movie business; they are teachers. They did this casting in the school, looking for young girls; I went there,” she recalled.

“I was doing some theater in school, but I didn’t have any plans as an actress. I didn’t know what I wanted to do. I had no idea. I knew what I didn’t want to do … becoming a teacher. I admired my parents, but I thought they had a very tough life. I guess I wanted to be able to travel more than they did, to have less obligations, be more free. I wanted to live. I wanted to write, too.

“I met Olivier Assayas through this film. That’s how it really started for me,” she continued. “It wasn’t so much for me becoming an actress because I never felt like a professional actress. It’s more that I experienced what it was to make a film through these few days that I spent on the shooting. It changed me forever in a way. It’s not that I knew I wanted to be a filmmaker, but I knew I wanted to be involved in films in a way or another,” Hansen-Løve explained.

“At the same time, I wanted to write. I wrote a short film when I was 21. I used to be a very shy young girl and woman. The thing that was very impressive for me is that on the day when I was on the set, I immediately felt that I was in the right place for me even though I didn’t know anything. I didn’t know the technique. I hadn’t been to film school. But I felt at ease on the set from the start.”

Nevertheless, writing and directing “Eden” was an arduous journey. “It has been a long process. I’ve been writing this film [since] three, four years ago. It was the idea to make a film inspired by my brother’s life that would be some kind of a portrait of him, but also to make a film about my generation…. When I was trying to define what my generation was really passionate about, it was the music that came first to me,” Hansen-Løve told us.

“Like my previous films, it’s a mixture of things that are very close to reality almost in a documentary way [and] things that are much more fictionalized,” the director said. “For me, it’s more about the filming of truth; I try to transmit that. But then the real facts and the fiction are organically balanced.

“It’s really close to my brother’s life in terms of the events,” she added. “We shot in many of the clubs where my brother used to work — or we recreated them. A lot of the characters around him are also inspired by people he’s known, even though often they’re a mixture of two different characters.”

Hansen-Løve, who as Sven’s sister only has a minor role in the film, reflected on her real-life relationship with her brother. “On the one hand, I’m quite close to my brother. I couldn’t have made this film if I wasn’t because we spent so much time together. The film actually made us even closer,” she said.

His DJ career, in fact, enabled her to go to nightclubs when she was just a young teenager and helped her develop an appreciation of music. “He used to bring me mix tapes,” Hansen-Løve recalled. “He was really the one who made me discover music — not only house music, any kind of music — because my parents obviously were listening to Schubert and Brahms. So my brother was the one bringing me the Velvet Underground, Beatles, Otis Redding, whatever, and then house music, which came very early, almost at the same time. All this music came from him.”

Sven eventually stopped DJing “because he was tired of it,” Hansen-Løve said. “He was broke. He was depressed … having lived too long in that area, becoming aware that it wasn’t going anywhere at the end anymore. Also, he saw his friends going away, living another life and getting other jobs.

“He left his career as a DJ even though now, with the film, he’s kind of started again, actually, but in a very different way,” she added, noting that he’s kept his day job. “But he was invited to DJ at some places in Paris.”