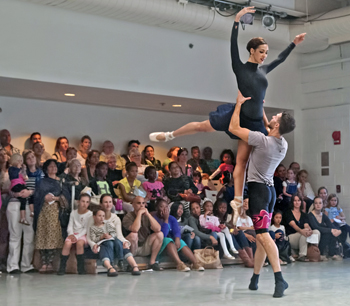 Francesca Dugarte, who was born in Venezuela, performs at the Washington Ballet’s open house.

The Washington Ballet (TWB) has always had an international bent, but Artistic Director Septime Webre recently decided to ramp up this endeavor considerably. This season is no different, with several new company members who hail from other countries. TWB’s percentage of international dancers is now 40 percent, with dancers from 14 different countries and six continents.

“I am thrilled to welcome such a diverse group of new dancers to TWB,” said Webre. “About five to six years ago, we started purposefully recruiting internationally and accepting invitations to judge international ballet competitions around the world,” Webre, who is Cuban American, told The Washington Diplomat.

Hiring from abroad is a win-win situation, he said. This is because TWB is able to take on talent from countries that seriously train youth in exclusive ballet conservatories, and the foreign dancers get a chance to perform choreography they otherwise might not be privy to in their native countries.

This season with TWB, audiences will be introduced to Ekaterina Oleynik, former principal of the National Academic Bolshoi Theatre Republic of Belarus, who will portray the role of Giselle in the season’s opener. Also on board is Francesca Dugarte, who was born in Caracas, Venezuela, but is widely known in Italy for winning the dance portion of the Italian talent show “Amici di Maria De Filippi,” which is similar to “American Idol” and “So You Think You Can Dance.” The Washington Ballet Studio Company, TWB’s second company, will gain Jose Justiz, formerly of the Cuban National Ballet, who defected from Cuba along with six other dancers while on tour in Mexico last spring. They said they defected to find a place where they could grow artistically and prosper economically. Tamako Miyazaki of Tokyo, a former company member with the Colombia Classical Ballet in South Carolina, also joins TWB. 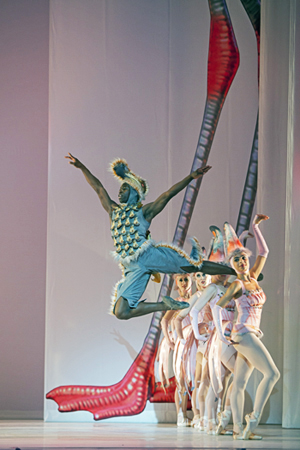 Dugarte joins several new international cast members on the Washington Ballet, which under Septime Webre has earned acclaim for productions such as “Alice in Wonderland.”

A huge draw for foreign dancers is TWB’s commitment to producing what Webre terms “neo-classical” works, like those choreographed by George Balanchine (often known as the father of American ballet) and more modern pieces that are often world premieres.

“[International dancers often] come from companies that don’t do a lot of new works created by the company…. This attracts dancers to TWB,” Webre said. “American dancers also get opportunities not available to foreign dancers. American dancers learn how to be choreographed on, which is different than learning a role like Giselle, where you try to perfect a step created a long time ago. This [year] is an especially adventurous season — a perfect season to introduce foreign dancers to an American company.”

The 2013-14 season opens with an adaptation of “Giselle,” which will run from Oct. 30 to Nov. 3 at the Kennedy Center. TWB next continues its D.C. holiday tradition with a neo-classical version of “The Nutcracker” at the Warner Theatre, choreographed by Webre.

In late January, the company will head to the Sidney Harman Hall to premiere “The Jazz/Blues Project,” a combination of three contemporary works by Trey McIntyre, Val Caniparoli, both Americans, and Annabelle Lopez Ochoa, who is half-Colombian and half-Belgian and based out of the Netherlands. Also in January, the Studio Company will perform a “dance-romance” using French cabaret and art songs with the In Series at the GALA Hispanic Theatre.

In early March, TWB will return to the Kennedy Center with the revival of “British Invasion,” three contemporary ballets that celebrate the music of the Beatles and the Rolling Stones. 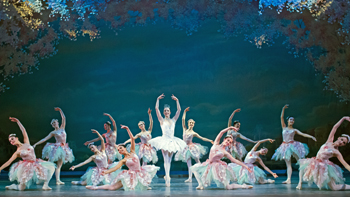 The “Jazz/Blues Project” and “British Invasion” are the kinds of works international artists come to the Washington Ballet to dance, said Webre, the seventh of eight children whose own background is a hodgepodge of places and cultures. After leaving Cuba, his family headed to the Bahamas and eventually settled in Texas, where the renowned dancer worked as a personal assistant to the late Ann Richards, the former outspoken Texas governor, when she was state treasurer — before pursuing ballet full time.

Next in the season lineup is a classical, full-length version of “Peter Pan,” also choreographed by Webre, and the gala-style “Tour-de-Force: Balanchine!” The season will culminate with Balanchine’s “Who Cares?,” a ballet set to the music of George Gershwin that captures the spirit of Broadway

For more information on the Washington Ballet, please call (202) 362-3606 or visit www.washingtonballet.org.