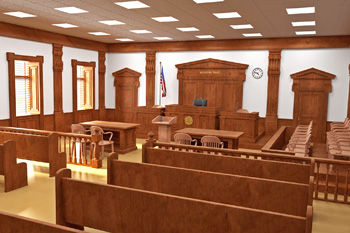 Most embassies in Washington are well aware that the United States is a land of lawyers and lawsuits. The majority of lawsuits in the U.S. are filed against American companies and nationals, but each year a significant number is filed in U.S courts against foreign governments, their ministries and their state-owned companies. An increasing number of lawsuits is also brought against foreign officials, including current or former heads of state and senior government ministers, for international law violations allegedly committed by these officials in their own countries.

These suits cause great aggravation for embassies and occasionally diplomatic friction between the U.S. government and their foreign counterparts. Foreign governments almost always must retain U.S. law firms to represent their national interests and officials in U.S. court. For suits against foreign officials, the U.S. government is often willing to file a legal brief asking that a case be dismissed, but it may still take months or years before a lawsuit against a foreign head of state or senior minister is terminated.

So how can foreign governments and their embassies navigate this complicated legal minefield?

Over the last 40 years, more than 50 lawsuits have been filed in U.S. courts against foreign government officials, including the current or former heads of state Angola, Azerbaijan, Brunei, China, Cameroon, Colombia, Gabon, Ghana Grenada, Haiti, India, Israel, Japan, Jordan, Kuwait, Myanmar, Mexico, Nigeria, Philippines, Rwanda, Saudi Arabia, Sri Lanka, the United Kingdom, the United Arab Emirates, Yemen and Zimbabwe. Prince Charles has been sued. Queen Rania of Jordan has been sued. Even two popes — John Paul II and Benedict XVI — have been the target of lawsuits. And suits have been filed against numerous senior officials, including foreign ministers, defense and interior ministers, and even foreign judges.

Almost all of the suits are filed by nationals of the countries involved, rather than by U.S. citizens. The complaints often allege that the foreign government official has personally committed or, more often, been responsible for serious human rights violations or war crimes, such as extrajudicial killings, torture, slavery and rape, although occasionally the claims are more mundane (such as for breach of contract). Most lawsuits claim that U.S. courts have jurisdiction to decide the cases under one or both of two federal laws: the Alien Tort Statute or the Torture Victim Protection Act.

The Alien Tort Statute (ATS) was passed in 1789 by the first Congress of the United States and is generally believed to have been intended to allow non-U.S. nationals (aliens) to bring civil suits in federal courts for violations of international law that were recognized in the 18th century, such as piracy or physical assaults on ambassadors. The ATS was little-used for nearly 200 years until human rights lawyers rediscovered it in the 1970s and have since relied on it to bring hundreds of lawsuits against both foreign government officials and multinational corporations for alleged human rights abuses.

Plaintiffs often brought so-called “foreign-cubed” cases in U.S. court, i.e., a foreign plaintiff suing a foreign defendant for acts that took place in a foreign country. Lawsuits under the ATS have been controversial, and many foreign governments have filed briefs objecting to ATS suits against their nationals or companies. The Supreme Court responded by issuing several decisions limiting the reach of the ATS, most recently by holding in 2013 (in Kiobel v. Royal Dutch Petroleum) that the statute does not provide jurisdiction for alleged offenses that occur in the territory of other countries, except in rare circumstances. The court’s decision may reduce the number of lawsuits filed under the ATS against foreign government officials, although it is too soon to tell.

Unlike the Alien Tort Statute, the Torture Victim Protection Act (TVPA) was specifically enacted by Congress in 1991 to permit lawsuits against foreign government officials for acts of torture and extrajudicial killing in their own countries. Congress believed the law would allow victims of human rights abuses to secure justice in U.S. courts that they might not be able to achieve in their home countries.

Foreign governments often react forcefully against these types of lawsuits. They generally view them as legal attacks on their policies. Some suits are entirely frivolous. (In a few cases, usually when there has been a change in government, a government may ignore or even support suits against the officials of the former government.) Many governments file diplomatic notes of protest and ask the State Department to take action to ensure that the suits are dismissed. When I was the legal adviser of the State Department, I regularly met with unhappy ambassadors of countries whose officials had been targeted in human rights lawsuits. 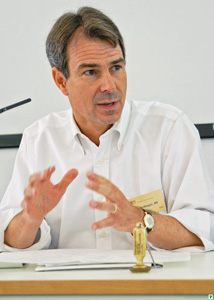 Although plaintiffs may try to bring lawsuits under the ATS and TVPA, this does not mean that the suits may proceed. In many cases, foreign government officials enjoy immunity from suit. In contrast to the immunity of foreign governments, their ministries and state-owned companies, which is governed by federal statute (the Foreign Sovereign Immunities Act, or FSIA), the immunity of foreign officials is governed by common law (i.e., judicial determinations by courts), based on guidance provided by the Executive Branch and informed by principles of international law.

Although the U.S. government will not formally represent a foreign official or foreign government in court, if the suit is against a head of state, foreign minister or other official relating to the official’s governmental acts, it is usually willing to file a special legal brief called a “Suggestion of Immunity,” which asks a judge to dismiss the suit on the basis that these officials enjoy immunity under both U.S. law and international law. Sitting heads of state or government and foreign ministers are entitled to absolute “status-based immunity” from lawsuits based on the positions they hold. Lower-ranking officials and former officials (including former heads of state or government) enjoy “conduct-based immunity” against suits for their governmental acts (but do not enjoy immunity for their personal acts).

The Justice Department, which is responsible for representing the interests of the United States in federal or state court, submits the Suggestion of Immunity, which attaches a letter from the legal adviser of the State Department formally recognizing that person’s immunity. I signed many such determinations when I served as legal adviser. Already in 2016, the legal adviser has made immunity determinations on behalf of the emperor and prime minister of Japan and the president and foreign minister of Myanmar.

The Executive Branch considers its Suggestions of Immunity to be binding on the courts. In other words, it believes that when the Justice Department submits a Suggestion of Immunity with a determination by the legal adviser, then a court is required to dismiss the case. U.S. judges have almost always been willing to defer to Suggestions of Immunity submitted on behalf of sitting heads of state or government, although some courts have hinted that they may not feel legally bound to accept immunity determinations involving lower-ranking or former officials.

The process for foreign governments to ask the U.S. to file a Suggestion of Immunity in cases where their officials have been sued is relatively simple. For lawsuits against a sitting head of state or government, the foreign government submits a diplomatic note to the appropriate geographic bureau or the legal adviser of the State Department confirming that the official is the current head of state or government and asking the Justice Department to submit a Suggestion of Immunity. The State Department will then send a letter to the Justice Department, which files the Suggestion.

For lawsuits involving lower-ranking or former officials, the foreign government must submit a diplomatic note confirming that the officials have been sued with respect to their authorized official actions, not unauthorized personal actions. These diplomatic notes can be more difficult to prepare because they require a government to state that the actions of their officials (which often involve allegations of extrajudicial killing or torture) were authorized actions. (In general, the foreign government disputes the allegations, while stating that any actions taken by their officials were done in an official capacity.) The State Department will then give the plaintiffs the opportunity to argue that the actions were not authorized. These cases can sometimes put the State Department legal adviser in the uncomfortable position of informing the Justice Department, and a court, that actions alleged to be war crimes or human rights violations were actually done in an official capacity.

The State Department legal adviser has made a handful of immunity determinations in the last few years regarding former officials or lower-ranking officials, including in suits against former President Ernesto Zedillo of Mexico, former President Álvaro Uribe of Colombia, the directors of Pakistan’s intelligence directorate and several judges in Israel. The court subsequently dismissed the suit in all of these cases.

Even when a trial court dismisses a lawsuit based on a Suggestion of Immunity, plaintiffs often appeal the dismissal to an appellate court and even to the U.S. Supreme Court. The appeals may take months or years to resolve and often require the Justice Department to file further briefs urging dismissal.

In the end, all lawsuits against foreign government officials where the Justice Department has filed a Suggestion of Immunity have been dismissed. Unfortunately, the protracted litigation can be expensive and reputation-damaging for the foreign government, and frustrating for the embassy personnel who handle the suits.

John B. Bellinger III heads the public international law practice at Arnold & Porter LLP. He served as the legal adviser for the State Department from 2005 to 2009 and legal advisor to the National Security Council from 2001 to 2005.