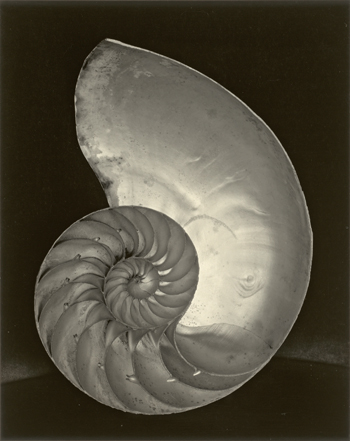 The National Gallery of Art is marking several major milestones in one huge exhibit. “Celebrating Photography at the National Gallery of Art: Recent Gifts” pays tribute to the culmination of a yearlong celebration as well as a three-year initiative showcasing photographing at the museum. It features 200 works acquired in honor of the 25th anniversary of the gallery’s photography program — some of the photos dating to the 1840s.

But the impressive numbers belie the even more striking imagery and history on display.

The exhibition itself — culled from actual or promised gifts that total over 1,300 works since a massive undertaking to expand the photography collection was launched three years ago — is a remarkable survey of not just the gallery’s holdings, but how the contemporary world views photography, how it has changed in focus and approach, what it means in terms of art and what it means in terms of documentation.

In the end, the exhibit is more of an exercise in immersion and time machine of sorts, spanning Henry Fox Talbot’s pioneering 1843 photographic study of architecture to examine the medium’s flexibility and functionality; to post-war landscapes; to today’s contemporary focus on time.

Like so many artistic milieus, the reception of this vast array of works depends on the viewer’s perception. Many household names are here, along with lesser-known photographers. There is a generous amount of works by Robert Frank, Diane Arbus and Richard Avedon, for instance, all of whom turned their lens on the human form in portraits that by extension reflected on society at large. Less recognizable but no less haunting is a series of stark, surprising portraits by Deborah Luster.

These works are placed thickly in the middle of the exhibition, which connects different aspects of human portraiture, from people with famous names to individuals in all their idiosyncrasies and obscurity. 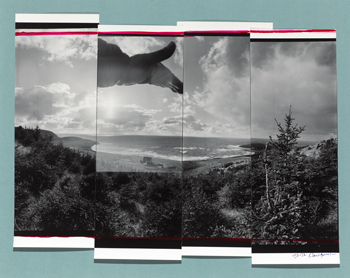 Robert Frank’s “Mabou Mines” is among 200 works acquired in honor of the 25th anniversary of the National Gallery of Art’s photography program.

Avedon’s pictures are part of the seminal 1976 portfolio “The Family” (commissioned by Rolling Stone magazine), which comprises nearly 100 portraits of the political, military, social and cultural power structure of the day. How you approach this is probably a matter of who and what you are: If you can name everyone on the wall and remember them with some vividness, then you probably live here; are of a certain age; and will feel as if you’re watching your life pass by. If you are, say, a millennial, these portraits might be curiosities from ancient history; impressive in focus but not in context; or just plain puzzling.

Luster’s sepia-like portraits in “One Big Self: Prisoners of Louisiana” are an oddly lyrical but also shocking ode to those on the margins of society whose names read like a perverse form of Americana — all of them at one time or another prisoners in the Louisiana prison system. Arbus, the queen of American strange, is also represented here with her iconic boy holding a toy grenade, his face twisted into a maniacal expression. 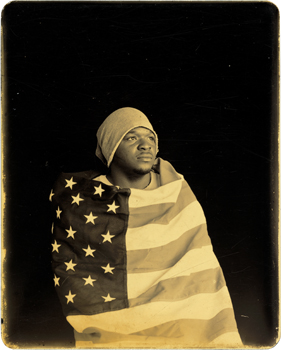 Deborah Luster’s “Eddie M. ‘Fat’ CoCo, Transylvania, Louisiana” is part of a series of images depicting people who at one time or another were in the Louisiana prison system.

Things get bigger as you near the exhibition’s end, where ambitions take center stage and art, per se, seems to take a backseat. This is the photography of contemporary multitasking, trying to find meaning in the mundane ordinariness of modern life. Filling up the fourth room of the exhibition is a series by Lewis Baltz, who captures a topographical area along the San Andreas fault line in California. There’s nothing much in the way of natural beauty here, but the sheer ordinariness of the photos — grass and dirt, road and field, litter and ominous cracks  — make you pay attention, like looking at the debris in the wake of a roadside accident.

Henry Wessel gives us “Real Estate,” a series of brightly smart and eye-killing shots of California homes, which, despite being lathered in color, speak to the cookie-cutter anonymity of life in suburbia, even if it’s in the desert.

Particularly moving is Paul Graham’s “Pittsburgh” from his 2004 publication “A Shimmer of Possibility.” Shots of an African American man mowing grass at different locations are mixed in with photos of store shelves that could be from any chain grocery store or gas station, stocked with dwindling goods from tools to bread. The sum effect suggests the routine predictability of change — the landscape gets tweaked, the task never ends and consumption is constant.

Perhaps the only constant in this exhibition is photography’s permanence and evolution, both as an art form and integral part of the National Gallery. This exhibition is more than a celebration of the size and scope of the museum’s photography collection; it’s indicative of the strength of that collection and of the medium itself.

Celebrating Photography at the National Gallery of Art: Recent Gifts