More than a third aren’t getting help, federal study says

Nearly 10 million American adults have a serious mental illness, and a similar number have considered suicide during the past year, according to a new government report on the nation’s behavioral ills.

The nation’s growing opioid epidemic was also a focus in the report. The researchers found that 12.5 million people are estimated to have misused prescription painkillers such as oxycodone (OxyContin, Percocet) or hydrocodone (Vicoprofen).

Despite the growing number of Americans with mental health problems, about a third of those who need help aren’t getting it, said researcher Dr. Beth Han. She’s from the Center for Behavioral Health Statistics and Quality at the U.S. Substance Abuse and Mental Health Services Administration (SAMHSA). 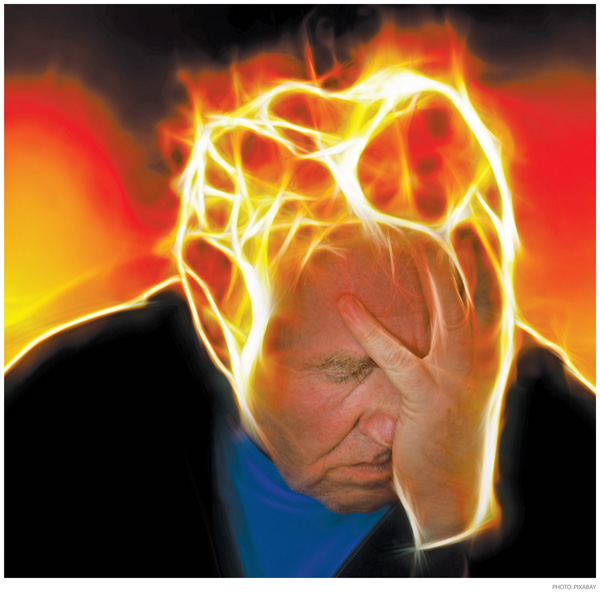 “These are real increases,” Han said. The reasons people aren’t getting the help they need are varied. They include not having health insurance and not knowing where to go for help, she said.

Han believes that stigma continues to play a part in why people with mental health problems don’t seek help. “They are afraid that other people may find out,” she said.

Among teens, marijuana use has gone down slightly, from nearly 8 percent in 2011 to 7 percent in 2015, though with more states legalizing its use, more people continue to accept the drug as safe and discount its potential harms, the researchers said.

“For teens, marijuana is a substitute for other behaviors like binge drinking,” said Dr. Scott Krakower. He’s the assistant unit chief of psychiatry at Zucker Hillside Hospital in Glen Oaks, N.Y.

On the bright side, fewer teens are smoking cigarettes. And fewer teens started using marijuana, drugs or alcohol in 2015 than in previous years, the researchers said.

Mental illness is a growing problem among adolescents. Three million teens from 12 to 17 had major depression in 2015. The problem is particularly acute among girls, the researchers found.

Among adults, 9.8 million Americans reported having serious thoughts about suicide in the past year. This continued an upward trend that started in 2012. In 2011, 9 million adults reported thoughts of suicide, according to Han.

These numbers are rising along with the opioid epidemic, she noted.

In addition, 9.8 million adults have a serious mental illness. That number has remained about the same since 2011, Han said.

Despite this, only about two-thirds of those who need it are getting treatment for mental health problems.

People who are uninsured or who have insurance with large deductibles may be more likely to deal with a physical problem rather than a mental problem, he said. In addition, wait times for treatment can be very long — up to a year, Krakower said. That’s because of the lack of trained staff and resources.

“The country needs to figure out a better model so people get the mental health care they need,” he said.

Many of these people get their drugs from a friend or relative or from a doctor, the researchers said.

People without health insurance were nearly twice as likely to have misused a prescription painkiller as those with insurance in the past year, according to the report.

In 2015, more than 1 million Americans were being treated for substance abuse. From 2011 to 2015, the number of people receiving medication-assisted therapy, mostly methadone, as part of a narcotic treatment program has increased about 16 percent.

Looking for an explanation for the behavioral health problems in the country, Krakower speculated that the mood of America is feeding mental health and drug issues.

“The morale of the country has been down,” he said. “The economy drives a lot of people’s mood. I don’t think people feel comfortable in this country. When that kind of morale happens, it has an effect on people’s psychology,” Krakower said.

The findings are published in the “Behavioral Health Barometer – United States, 2016,” which was released June 12 by SAMHSA.